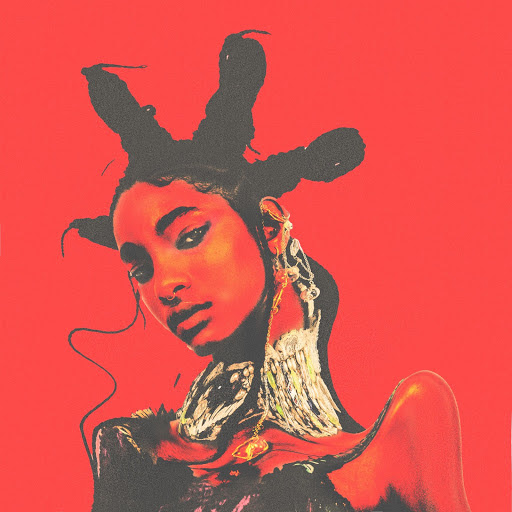 Willow | photo by Dana Trippe | courtesy of the artist

When the song “transparentsoul” came out, I remember scrolling down my Twitter TL and seeing a tweet that said maybe punk is Willow’s lane. After listening to her fourth studio album, lately I feel EVERYTHING, I’m even more convinced.

I won’t pretend to have been a die-hard fan of the musical heiress of the Fresh Prince — aka West Philadelphia’s own Will Smith — before her new album dropped on July 17th, but I also can’t pretend like I don’t enjoy this album at all. Punk gives Willow the energy to stand out in a way that her past music couldn’t.

During her interview with Genius, Willow stated that she grew up listening to heavy metal and had always wanted to sing rock music, but was wary of it because of how intense heavy metal is. The interest makes sense, since her mother Jada Pinkett Smith is not only a well-respected actress but also the lead singer and founder of a metal band called Wicked Wisdom. Being introduced to pop-punk and modern rock music like Avril Lavigne and My Chemical Romance showed Willow that she could get that same energy off at a level comfortable for her.

A singer can show feelings of sadness through R&B, but it’s hard to show that they’re angry through it, which is where rock, punk, and rap come in. The intensity of the music allows her to be free, to let go, and be as animated as she wants. You hear that in the way she sings like “Lipstick,” while showing how nasty she is on the guitar on tracks like “Come Home.”

Willow is still very big on being vulnerable with her music, but the difference with lately I feel EVERYTHING is the energy. The all-caps energy in the word “everything” in the title of the album is fueled by the production in the spirit of Good Charlotte, Fall Out Boy, Yellow Submarine, and more. What you do notice about lately I feel EVERYTHING is any song that has a word with all capital letters is one of the most intense, the ones that hit a high level in the chorus.

Most of the album is produced by Willow and Tyler Cole and features Travis Barker, Ayla Tesler-Mabe from Canadian indie rock band Calpurnia, Philly’s own Tierra Whack, Avril Lavigne, and Clementine Creevy from Cherry Glazerr. That’s interesting because, it’s the first album of Willow’s with multiple features. During her Apple Music interview with Ebro, Willow claimed that she deals with her negative feelings through music and her curiosity in the world is what got her out of her fear of collaborating and being closed off. That turned out to be wonderful news because each feature sounded like jam session and Willow was having a good time rocking out with her guests.

The first three songs — “transparentsoul,” “F**K You,” and “Gaslight” — come out with emotional punches as she sings about her disdain for behaviors such as shallowness, vanity, and gaslighting. Makes sense Blink 182’s own Travis Barker co-produced two of the three tracks; the heavy guitars on “don’t SAVE me” or “!BREAKOUT!” sound like an ode to her love of metal music. “naive” slows down as Willow asks those close to her to keep her from being ignorant to reality, even if its ugly truths can lead her to depression.  Besides her debut single, the standout track is “GROW,” featuring Avril Lavigne and Travis Barker. In her Genius interview, Willow says an Erykah Badu’s line from “Didn’t Cha Know” — “Guess I was born to make mistakes, but I ain’t scared to pave the wave” — was inspiration, and the song “GROW” sounds like an anthem of accepting that the beauty of growth comes with making mistakes.

Back to the idea of punk being Willow’s lane: that’s not to say that she should be put in a box and never try any other genres, but the sonic approach on lately i feel EVERYTHING does so much for her it’s hard not to encourage her to keep at it. The energy in the music allows her to stand out more, be charismatic with her voice when she’s singing, and shows how talented she is as a musician when it comes to the guitar. Hopefully this is the beginning of something new for Willow. Take a listen and see for yourself below.