Who Is McKinley Dixon? How the rising Richmond rapper made one of the year's best albums - WXPN 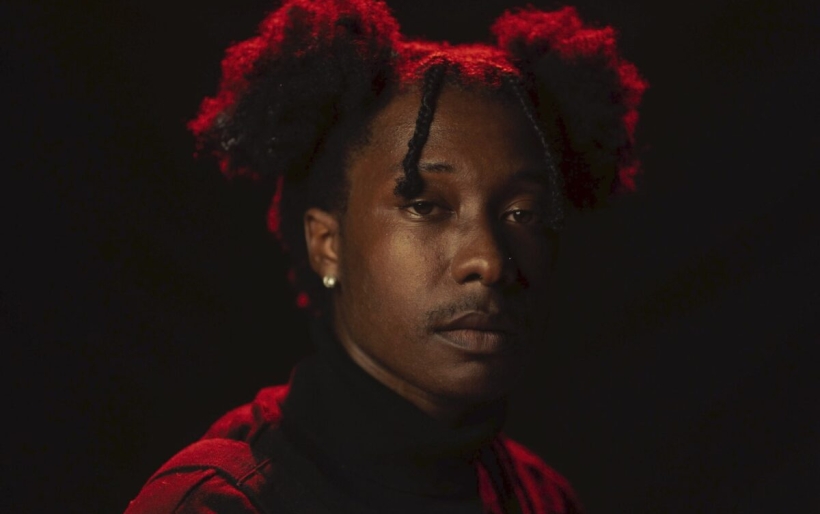 McKinley Dixon | photo by David Muessig | courtesy of the artist

Who Is McKinley Dixon? How the rising Richmond rapper made one of the year’s best albums

It wasn’t music, but rather moments that helped inspire McKinley Dixon’s debut record, For My Mama and Those Who Look Like Her. In the period from 2018 to 2020, the Richmond, Virginia artist was on tour “like all the time,” and connection with his friends back home was cherished.

“There were definitely moments where I would be here [in Richmond] now, and be like ‘where was I during that party? Oh, I was on the road.’” he said. “This [pandemic] has kind of allowed for me to not only be still with myself and look internally into things, but it’s allowed me to come closer with my friends from a distance. I love FaceTiming. I love doing things like that. I fell in love with my friends more.” And that had a strong influence on the songs he created towards the end of writing his new album.

Dixon has been active as a songwriter and rapper since 2016. Much of his work spans the underground scenes in the hip-hop and indie spheres. Philly-area listeners were introduced to him back in 2019, when he opened for fellow Richmond native Lucy Dacus at one of her pre-New Year’s Johnny Brenda’s shows.

I met up with Dixon in his hometown earlier this summer, and he was very eager to talk about some of his interests and the ideas behind the album. We chatted in the studio of Spacebomb Records, the Richmond independent label that released For My Mama and Those Who Look Like Her in May.

Of course, it wasn’t just moments with friends that helped influence For My Mama. Dixon said that “moments listening to Kamasi Washington” also helped the record take shape, as well as Kendrick Lamar — an artist whose music is readily recalled in the urgent bars and left-of-center grooves on For My Mama. But Dixon said the inspiration from that album was more nuanced than just that surface similarity.

“The fact that he is open about these things [at a] more mainstream [level] – he’s not the first person to do it, and he’s not gonna be the last – but I think the scale that he was to so many people is notable and I think that’s influential to me.”

McKinley has lived in Richmond for almost a decade, where he’d walk past the Confederate statues that once dotted Monument Avenue. “I think those statues just became part of my everyday thoughts when I think of Richmond. When they came down, it was a little abrupt,” he said, adding “But the thing is, we don’t really get nice things. … It became this thing where people sort of felt like they needed to heal the wound that was left by the openness of these statues instead of acknowledging that these statues were a wound in the first place.”

Releasing For My Mama almost a year after most of the statues were removed from the city makes sense; it’s an album about growth, it’s an album that celebrates Blackness. And it’s an album about the ongoing journey yet to be traveled. All those events didn’t have much of an impact on the album itself, since For My Mama was mostly completed in 2019, but did impact how he he contextualized everything around it.

“I think having ginormous statues to men that don’t matter, and it being such a politicized thing, sort of allowed me to examine how I approach false idols and how I speak about deities and relics or a past. Ancient ones! Even though it’s not overtly where I gain my inspiration from; it definitely was a thing where I passed those statues [on Monument Ave.] every single day and they’re not there anymore.”

Dixon feels that “nothing is isolated from each other,” adding that if you want to follow something back to its “roots,” you’ll have to do more than experience it. “There’s this really uncomfortable sort of need for hypervisibility of people and I think that obviously started with Black folks, but I think it just becomes overwhelming when you zoom out and see how nothing comes of these false moments of safety and comfort,” he noted.

Healing takes time, and Dixon admitted that nobody knows everything they know now. He liked the idea of allowing space for people to acknowledge that “they aren’t the end all, be all of this sort of discourse,” even if it becomes something that turns into a cycle.

It took Dixon a while to battle with his own internalized anti-Blackness, where his thought process was, in his own words, ‘“‘I’m not just rap! You can’t just categorize me as rap! I’m so much more! My pride! My hubris!’ and all that kind of stuff. And now it’s at the point where I’m like ‘Well actually, rap is all-encompassing of so many other genres.’ I think that it is a disservice to rap to say that one thing is a genre without acknowledging that it’s rap, but it’s also a disservice to say that something is rap music and not putting it with something behind it.”

He categorizes himself as a rapper, noting that there are “rappers and rap artists.” The album goes back to the roots of hip-hop and rap, because it allows listeners to experience a multitude of sounds from jazz to punk.

“I think it also comes down to the public, because a lot of people view rap as their own little weird thing,” Dixon said. “They view rap as an isolation tank from every other genre, as if it isn’t the most influential thing right now.”

Dixon is also challenging genre convention by throwing his music on Bandcamp, including his first two projects: 2016’s Who Taught You To Hate Yourself and 2018’s The Importance of Self-Belief. Independent platforms like Bandcamp are something he thinks could be more utilized in hip-hop,.

“I can’t imagine if a rapper of actual huge prominence released on Bandcamp. That would be ridiculous! But it also doesn’t work because of how [major] labels work. I think a lot of rappers don’t do a lot of vinyl; that’s something that mainly indie artists do.”  But that was something Dixon knew he wanted, which led to  the label he chose to release For My Mama. “I felt with Spacebomb, I could be seen as someone who could maneuver through everybody, like a bunch of different fields and be a connector in a sort of way.”

While Dixon sees For My Mama as the last album in a trilogy, he also acknowledges that for some listeners, it’s the first they hear from him, even though he’s been working on it for a long time. But the amount of work that went into is makes it all the more personal. “I think what I want people to gain from it is that this album is for me, with you in mind,” he said. “I hope that people kind of gain from it [the idea] that wherever you’re at right now is not where you were and is not where you will be.”

Dixon felt that working with Spacebomb would be a “cool place” to experiment with his approach while still having some level of support on the industry side.

“Rappers and rap music didn’t really have the same sort of looks as every other sort of genre, and then couldn’t catch up in that way. That’s why we’re now here, where there’s a lot of rappers who don’t do Bandcamp because they think a label’s the only way to do it. Or a lot of rappers who don’t do vinyl because vinyl was never accessible to them as a Black person. For me, the only vinyl that existed were old records. There were plenty of vinyls released when I was a child. I only saw older ones because it was like time travel for my parents.”

Bringing it back to those friends he missed on the road, collaboration is at the core of For My Mama and Dixon jokes that he’s the “connector,” because he’ll reach out to potential contributors, like Spacebomb label mate Natalie Prass, via DMs on social media.

“Natalie used to live in Richmond,” Dixon says. “And I remember when I first found out [she] lived near me. I posted a picture on Instagram of me standing with trash cans that had fallen over. She commented and was like ‘You’re in my backyard!’ And I was like ‘Yeah!?! What’s up?’ And that friendship just kinda formed. She actually only says ‘have heart’ on one song. There’s Gina Sobel who does the flute and sax and sings with me, and then Natalie at the end of the chorus says ‘have heart.’”

Dixon views his music as one all-encompassing storybook, so when he works with different collaborators, he’s very specific with how he puts them into his world.

“If a person records something, it’s either because, one: they are feeling so many emotions from something that has happened that they felt like they could process it in a song, or two: they’re in such a comfortable place now that they can do this without having to worry.”

Dixon extends that idea of making sure his collaborators feel comfortable beyond the writing process; he said many listeners think that the album was recorded at Spacebomb, when it was actually recorded in bedrooms all over the place.

“[When] you allow people to feel comfortable in their space, they’ll give you the best part of themselves and that’s why the album sounds so sick! So uniform! When it’s like a lot of people on the songs didn’t even know there were other people on songs.”

After going through the process of making For My Mama, Dixon feels like anything is possible, and has him excited for the future. “I’m trying to work with as many people as I can,” he said. “Even if I don’t know what to do with it. Which I don’t, because I’m now starting this next album and I’m in a completely different place.”

McKinley Dixon’s album For My Mama And Anyone Who Look Like Her is out now; order your copy today via Spacebomb Records, and check out Dixon’s 2021 tour dates below.