Ruby the Hatchet signs to Magnetic Eye Records, new album due in 2022 - WXPN | Vinyl At Heart 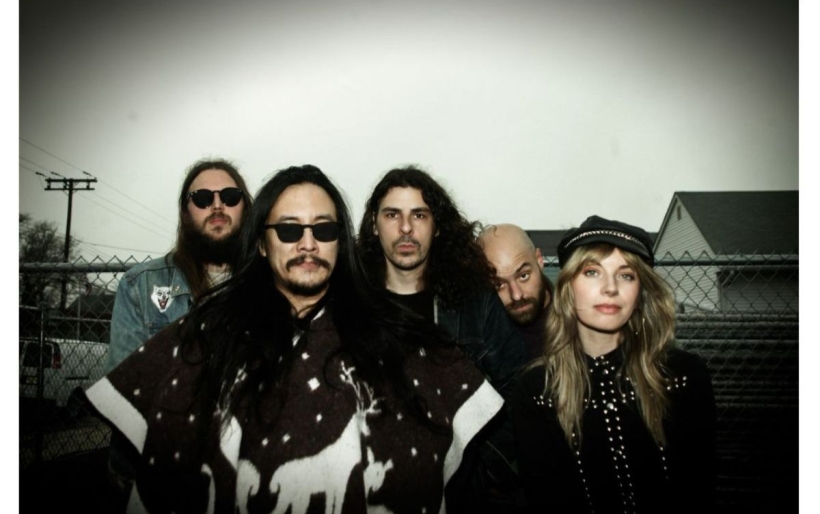 Ruby The Hatchet | photo by Mike Wuthrich | courtesy of the artist

Ruby the Hatchet signs to Magnetic Eye Records, new album due in 2022

Since Philly’s live music scene re-activated this summer, veteran psychedelic hard rockers Ruby The Hatchet have used a good portion of their setlists to road-test new songs around the region. This week we find out why: the band will release its first LP since 2017’s Planetary Space Child on new label Magnetic Eye Records in 2022.

Band and label first connected in 2018, when Ruby offered a true-to-form cover of the 12-minute “Pigs (Three Different Ones)” for the Pink Floyd Reduxproject. In a press release, frontperson and lead vocalist Jillian Taylor expresses excitement at the band’s new home, and says in a press release that their next album “is going to encapsulate 5-plus years of musical growth.”

“Multiple members have become singers and songwriters within the band,” Taylor says. “And listeners will hear new voices and directions picking up right where Planetary Space Child left off and expanding upwards. Ruby has evolved a lot through our touring years, and there has been much to reflect on over the last year specifically.”

A full length is planned for next year, as well as a live in-studio EP recorded at Akron, Ohio’s Earthquaker HQ on the band’s last pre-COVID tour supporting Kadaver. “It was the dead of winter and we were trying out two new songs throughout the tour that the band was super excited about,” Taylor writes. “At this point, we had been road-dogging for a few years straight and felt very much in the pocket. When we listened back to the session after returning home, we couldn’t believe it was live… Jeff France and the Earthquaker crew had captured us in the height of our tour tightness, and as soon as we brought it to MER, they agreed that this live session deserved a special release of its own.”

Look for both next year; in the meantime, experience new Ruby The Hatchet in person when the band co-headlines Johnny Brenda’s on Saturday, September 18th with their friends Heavy Temple. This is the third time the dynamic duo has teamed up this year — they co-headlined Ardmore Music Hall in July, and each headlined a day of The International’s Live On Front Festival in June — and it is truly a killer pairing. Tickets and more information can be found at the XPN Concert Calendar.