From IG to DSPs, The Pocket Queen introduces herself and her skill on 'Groove Theory, Vol. 1' EP - WXPN | Vinyl At Heart 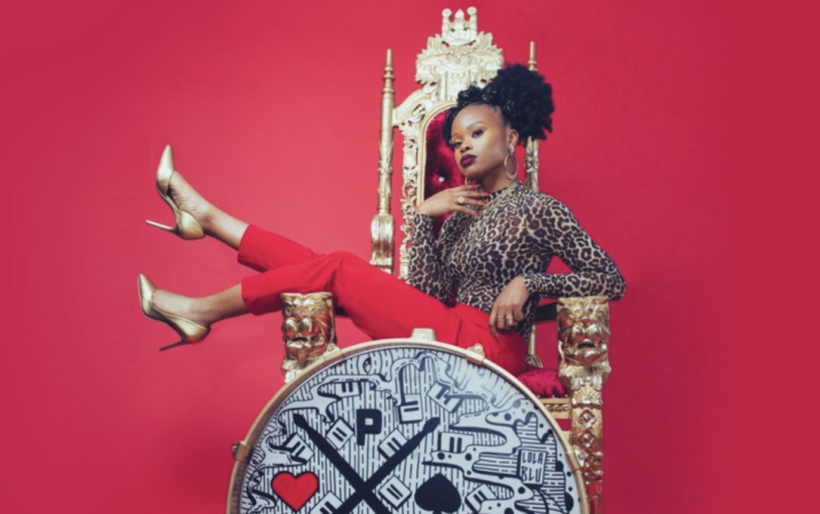 From IG to DSPs, The Pocket Queen introduces herself and her skill on ‘Groove Theory, Vol. 1’ EP

The good thing about social media is that you can discover a lot of talented folks who do different things when it comes to sports, art, comedy and music. I remember before the pandemic I was casually going through one of my followers’ Instagram stories where I found a talented drummer named Taylor Gordon, who goes by the name of The Pocket Queen.

The video that caught my attention was of her jamming out to songs that Kanye West produced and sampled, and as a hip hop fan who has been hosting an open mic called The Juice Jam that has allowed me to meet a plethora of musicians over the past couple of years, I immediately became a fan of The Pocket Queen. It was hard not to follow her after watching that video, her ability to find a pocket to any beat that catches her ear was very impressive and by looking at her page I could see that I wasn’t the only one who was a fan of this lovely drummer’s craft.

According to The Pocket Queen, the definition of “pocket” is keeping a steady rhythm or beat. It is a pattern that is played consistently over and over, as if you are a drum machine, and people who are able to do that are defined as staying with in the pocket. Gordon develops her own pockets by taking in songs and compositions that she loves and finding the best ways to compliment them, rather than playing a pattern that she just learned. If you scroll through her Instagram page, you’ll see her rocking to other classic songs like “Smooth Operator” and “Square Biz,” and even beats that are forever in our hearts like the Martin theme song.

You see how the skills possessed by the New Orleans-born / LA-based drummer to find the pockets to beats and groove to any tune of her choice has allowed her to perform all over the world, drum for Beyoncé during her epic Super Bowl performance and receive recognition from music greats such as Questlove, Busta Rhymes, Anderson .Paak and many more. The talent was there, but the only question for me was could she be just as dope if she started making her own music. Last month, on July 16th, The Pocket Queen answered my question with a big fat yes with the release of her debut project Groove Theory, Vol. 1 – EP.

The 5-track EP starts with “WE CAME TO MOVE” featuring Ryck Jane, and we hear the drummer and MC come together to keep listeners from standing still and moving to the beat. She then slows the beat down on “HIGHER” featuring So-So Topic, finding the right pockets for the MC to flow like a river with lyrics like “I feel like I can only be myself when rapping / It’s different when I share my demons and I hear you clapping / Despite the silly fact that I be feeling like a fraction, incomplete.” This brings us to  “therapy session 6/02/2020” featuring Ian Roller, where the pace slows down even more as if the track is used as a time of self reflection and healing. The Pocket Queen jams with saxophonist Ian Roller as the two musicians use their instruments to vent emotions during the day when autopsies determined George Floyd’s death as a homicide while the world of Instagram blacked out of rage.