12 concerts (and one festival) to see this week including Julien Baker, Jason Isbell, KeiyaA, Hop Along, and XPNFest - WXPN 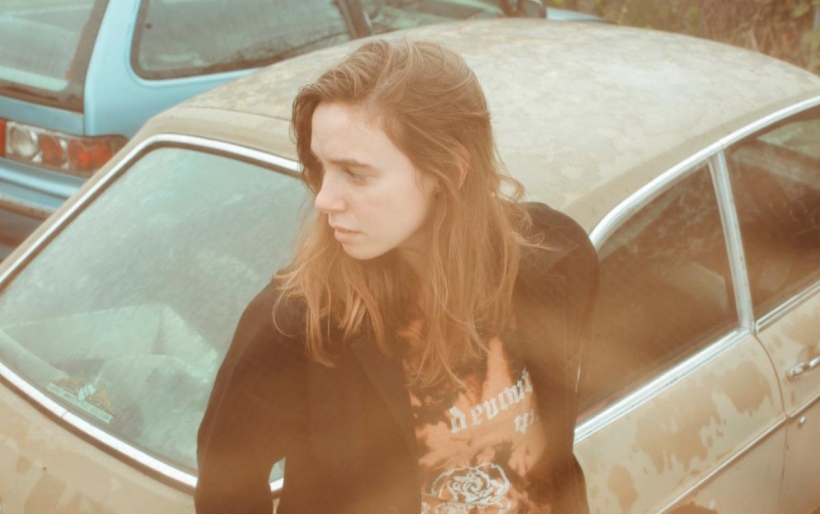 12 concerts (and one festival) to see this week including Julien Baker, Jason Isbell, KeiyaA, Hop Along, and XPNFest

It’s a new week and a new roundup of concerts — including one major, major concert we hope to see you at on the Camden Waterfront between Friday and Sunday!

Obviously we’re talking about the 2021 XPoNential Music Festival, WXPN’s exciting return to in-person live events, and this year brings a roundup filled with perennial favorites like singer-songwriter Ani Di Franco, introspective rockers Strand of Oaks, and storytelling troubadours Dawes, as well as newer names like blues ripper Christone “Kingfish” Ingram and folk rocker Adia Victoria. The local music community is also represented through modern rock Americana act Stella Ruze, electropop jammers Great Time, and an opening night doubleheader of funk with Wilmington’s Hoochi Coochi and Philly’s Arthur Thomas and the Funkitorum. It’s going to be a solid weekend, tickets are still available, and you can find out more at XPNFest.org.

But there are non-XPNFest shows going on all week as well, and we’d be remiss if we didn’t tell you a little bit about those. Mask up, make sure you’ve got a photo of your vax card on your phone, and we’ll see you at the show.

The last time Jason Isbell was at the Met in Philadelphia, he was opening for Father John Misty in June of 2019. After Isbell & the 400 Unit’s rocking folk-country set, a quarter of the audience left with them. The Met took the hint, and invited Isbell and his band back for their own headlining spot this Wednesday September 15th. Fans of the four-time Grammy winner can expect to hear songs from 2020’s Reunions. // 8 p.m., $39.50, AA // TIX + INFO – Paige Walter

Wednesday 9/15: Fawziyya Heart at The Fire

Philly singer-songwriter Fawziyya Heart sings about matters of love and intimacy with the same amount of emotion as she sings about social unrest; her debut EP Living Here To Change, released in 2019, showcases various facets of the human experience, and she plays one of her first in-person shows since the pandemic this week at The Fire for Wallflower Wednesday. // 8 p.m., $15, 21+ // TIX + INFO – John Vettese

Julian Baker’s 2021 album Little Oblivions finds the Memphis singer-songwriter no longer hiding in the shadows. Her first two LPs were adored by fans and admired by critics, but sonically stayed hushed in introspection. This time she comes out swinging in a bout of musical (as well as lyrical) catharsis with a bold sound that will fill the Franklin Music Hall’s expansive space. Thao and Mini Trees open this midweek banger of a show. // 8 p.m., $25, AA // TIX + INFO – J.V.

Chicago indie rock faves Ratboys are ten years and three albums into their career (four if you count this year’s Happy Birthday, Ratboy, a feature-length re-recording of their first two EPs), and their sound has matured from the spunky punk of the band’s early days to the more complex energy they bring today. They’ll be joined by New York City emo-dreampop outfit Wild Pink, who released their dazzling third album A Billion Little Lights in February. // 9 p.m., $15, 21+ // TIX + INFO – J.V.

Sunflower Philly’s summer series continues into the fall with another Johnny Brenda’s regular, Britt Thomas and the Breaker Boys. Thomas’ modern Americana is perfectly suited to this colorful outdoor venue lit up by string lights in the twilight hours. Joining Britt Thomas is indie rockers The Dawn Drapes and The Squawk Brothers for this lovely Thursday evening. // 6 p.m., $13, 21+ // TIX + INFO – P.W.

Pat and Anna Troxell are back in Philly this for the first time since the pandemic started; their band Lovelorn was on tour when COVID-19 hit and derailed their plans, and after recording the tense and frustrated Deep Breaths EP in Philly, they relocated to Austin and released the rich, dynamic and energized Sickness Reward album last month on 6131 records. Their Philly homecoming features an eclectic AF bill, with darkwave DJ G I N A, spitfire rapper Queen Jo, and Drowse rounding the set out. // 8 p.m., $15, 21+ // TIX + INFO – J.V.

Psychedelic “sludge” rockers Slomo Sapiens bring their brand of fuzz guitar noise to Johnny Brenda’s as part of a perfect Friday-night lineup. Power duo The Retinas are on second and add more nostalgic-music vibes to the evening. Opening up is Broke Body, the South Philly underground rockers known for their basement DIY venue (whose name will remain a secret). But if they’re coming north for a club show, all fans of post-punk should, too. // 9 p.m., $12, 21+ // TIX + INFO – P.W.

Friday 9/17: Stargazer Lily at The Living Room at 35 East

Is it possible that Stargazer Lily has been playing music in Philly on and off for 25 years? Longer if you count the time co-frontpersons Stephan Hayes and Susan Rosetti spent in the 90s rock band Cory, who released a very fun Philly nugget of an album called Pixie-Led in 1998. Since their first reunions in the 20-teens, we’ve reliably gotten a few Stargazer shows per year, and it’s very much like old times: loose rock hooks, fine folk harmones, a strong pop sensibility, and the feeling of watching longtime friends in action (because that’s what this is). For their show at Laura Mann’s Living Room at 35 East this Friday, Stargazer is joined by fellow old friends The Fractals (featuring Kevin Hanson of Huffamoose) and Cookie Rabinowitz. // 8 p.m., $35, 21+ // TIX + INFO – J.V.

Chicago-born, New York-based singer-songwriter, multi-instrumentalist, and producer keiyaA made a big impression in 2020 with Forever, Ya Girl, a self-produced set of songs with glistening melodies, singular sonics and an abundance of heart. There’s an impluse to call this psychedelic R&B for the rough-round-edges sonic grit, freeflowing mixtape format, trippy instrumentation and imaginative use of samples, but really — especially when you look at how it translates live in her Tiny Desk Home concert — it could also be the genre’s next phase. So neo-neo-soul, then? She plays an all ages PhilaMOCA set Friday with New York hip-hop duo (and Culture Cypher Radio faves) H31R. // 8 p.m., $15, AA // TIX + INFO – J.V.

Philadelphia welcomes Hop Along back to the live stage for a few special nights in September and October. While their Philly Music Fest date at Johnny Brenda’s is already sold out, tickets are still available for their close-to-home show at Ardmore Music Hall on September 18th (and for their show at Atlantic City’s Anchor Rock Club on September 22nd). Hop Along fans, don’t sleep on these dates–it’s the first time the band has performed in their hometown since October of 2019. // 8 p.m., $25, 21+ // TIX + INFO – P.W.

Saturday 9/18: Ruby the Hatchet and Heavy Temple at Johnny Brenda’s

We’ve said it before, we’ll say it again: Ruby The Hatchet and Heavy Temple are the dynamic duo of the Philly hard rock scene in 2021. After knockout sets in Ardmore and at The International’s Live On Front fest, these thrashers will team up again on the Johnny Brenda’s stage, bringing the noise to your Saturday night. Exciting bonus points for this show: it’s the first since we found out that Ruby signed to Magentic Eye Records. Buy them a beer or five to celebrate. // 9 p.m., $15, 21+ // TIX + INFO – J.V.

Philly-formed electronic pop band Marian Hill was all set to step out with a dynamic new sound on the spring 2020 EP was it not. We all know what happened from there, at last as far as the band’s ability to play shows in support of the new music, but Samantha Gongol and Jeremy Lloyd kept their collaboration going with loosies all pandemic long, like their feature on Roman Kouder’s cumbia-flavored bop “Bonjour,” their own grimy and sexy “omg,” and the fun and funny Yung Baby Tate collab “oOo that’s my type.” In lieu of playing World Cafe Live (where they’d been booked to headline last April), Marian Hill plays a WCL Presents show this Saturday at Underground Arts. // 9 p.m., $29.50, 21+ // TIX + INFO – J.V.