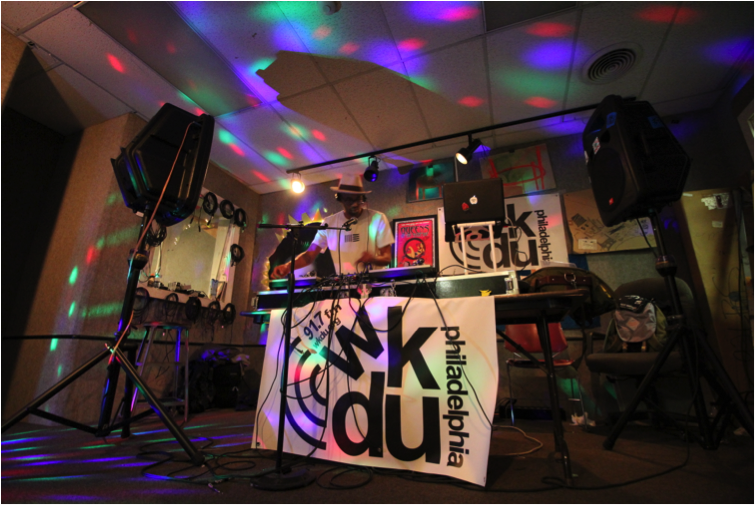 Initially designed as a radio class project in 1997, WKDU’s Electronic Music Marathon has evolved into a highly anticipated annual event. This year, the EMM will celebrate its 17th anniversary with a stacked line-up and secret DJ set. Kicking off at noon on Friday, October 8, EMM will go until Monday, October 11 at midnight. The broadcasts will occur from several off-location sites all around Philly.

While EMM is a celebration of electronic music, it’s also a way for the station to raise money for various nonprofits around the city. At the last EMM in 2019, the station raised over $19,000, shattering their previous fundraising record. WKDU will be donating all of the proceeds this year to The Paul Robeson House, The Block Gives Back, and The Coalition for Black Trans Economic Liberation. The Paul Robeson House is part of the West Philadelphia Cultural Alliance, and along with being a museum, encourages community engagement with the arts. The Block Gives Back promotes community involvement through outreach programs such as cleaning up parks and providing meals for residents. The Coalition for Back Trans Economic Liberation is dedicated to redistributing wealth to Black trans people in Philadelphia and providing them with other monetary and material resources

On Saturday, October 9, WKDU will be hosting a late-night DJ st that will go into Sunday morning. Club icons from all over the city will be doing sets, including DJ Sega, Dave P, Sophia Saze, Particle Ray, DJ Love, Iowiron, BOBBY BANKS, and Chris Burrell Share. The location will be announced on the day of the event, and there is a $20 suggested donation.

Pre-sale tickets for the event are available now, and you can click here to donate. Below, listen to some of the mixes from KDU’s 2019 EMM.