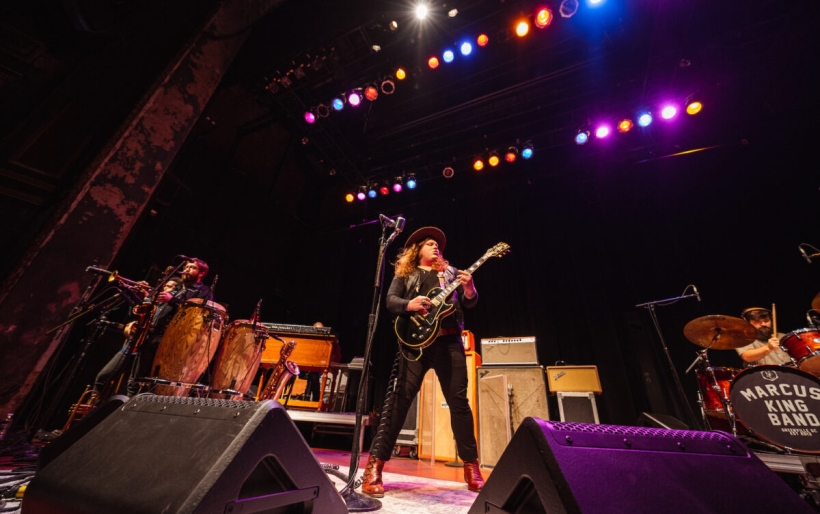 King of The Queen: Marcus King Band delivers a sold out show in Wilmington

Tuesday evening, The Marcus King Band rocked The Queen in Wilmington for a sold-out night of Americana, rock n blues, and especially impressive solos by the 25-year-old guitar phenom. This was my first-time seeing his band perform live; fans assured me before the show that I was in for a great night of music, and they were right. Special guest Leah Blevins graced fans with a solo acoustic set to start the evening.

The venue erupted with applause as King and the Band took the stage with smiles on their faces. King forged a promise with the audience: “We’re gonna give you all we’ve got tonight, and I need all of you to do the same,” and neither party fell short of the deal. Following some new high energy rock n’ roll tracks, the band performed favorites from King’s 2020 Grammy-nominated Album El Dorado including “Young Man’s Dream,” “Beautiful Stranger,” and “One Day She’s Here”. Other notable performances include “Rita is Gone” “Goodbye Carolina” and a cover of Marshall Tucker Band’s “Can’t You See,” where they changed the lyrics to include a mention of Delaware.

Marcus King Band continues their tour through the rest of October and if you’re looking to catch the group regionally, they will be opening for Chris Stapleton at Madison Square Garden Friday October 8th, then headlining both Saturday and Sunday at Baltimore Soundstage.