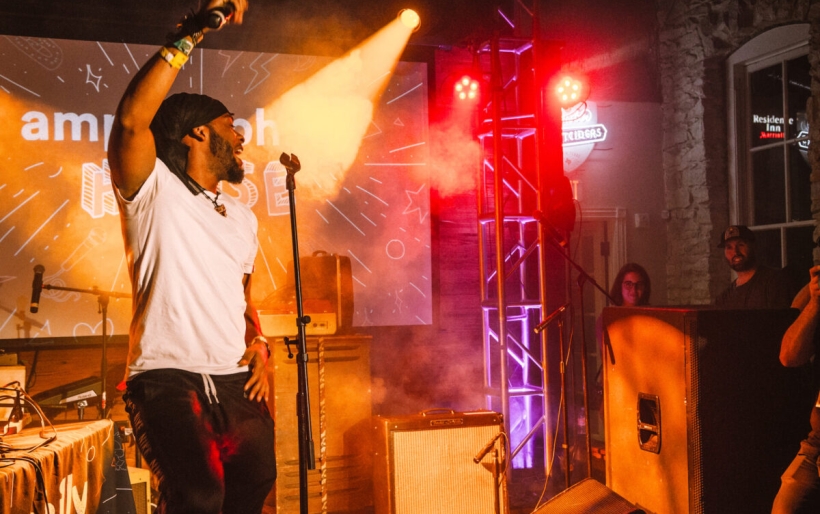 The last time I spoke to Armani White, I talked to him about his early beginnings as a hip-hop artist, his album Keep In Touch, and how music has always been very therapeutic for him. Makes sense, like Jay-Z and many other rappers: when it becomes hard for the young men to cry, they put all those feelings into their songs. Armani continues these musical therapeutic sessions to deal with the feelings of grief and sorrow with his new EP Things We Lost in the Fire.

According to Flaunt Magazine, the Things We Lost in the Fire EP is an emotional five-track journey starting at his traumatic loss of four family members in a 2006 house fire, as well as this past year where another house fire left him homeless and wrongfully accused of criminal arson. Throughout the writing and recording of this project, producer Kelly Portis, who Armani frequently collaborates with, was found dead from another house fire in California. That type of grief can be a lot to process and carry, so Armani dealt with this type of trauma the only way he knows how to, by putting them on tracks.

The project starts with Armani conversing with himself in a low tone of voice on “Too Many Angels.” With the help of Christian Eason, you can hear in Armani’s voice that he’s conflicted between the feeling of grief of losing loved ones in these house fires while trying to be grateful that he has a new set of angels that are camped around him to guide and protect him. It’s a hard task that most of us would probably fail at.

We then get to the next two tracks, “Watch Your Self” and “Danny Mac,” where Armani gets into his bag with bravado lines and slick flows that dance to the beat and soulful horns of Dahi Divine, as if all of his “fucks” were one of the many things that he lost in those fires. If these hard-hitting lyrics represent the wild fire of anger that resides in him then the next song “Rip Melinda” is the rain of sorrowful tears that put it out. Singer Barefoot Chandy assists the West Philly MC in making the song cry with his voice and guitar that sounds like it even caused Armani to break down in the background.

The EP ends with “Grateful,” a track that sounds like a hymn full of sunshine and faith the size of a mustard seed. Lines like “I know I’m supposed to leave my faith up to God, but goddamn,” shows the raw emotions of a person trying to keep faith when life keeps throwing blows to the ribs and jabs to the jaw at them. However, at the end it sounds like Armani is bringing the pain inside of him to the altar in exchange for joy and God’s grace. Good thing he did, since he has received blessings that even he himself probably couldn’t imagine such as his music being used for NBA commercials, the popular Showtime tv series The Chi as well as having the song “2maro,” that was produced by his late friend Kelly Portis land a spot on the NBA2K20 soundtrack last year.