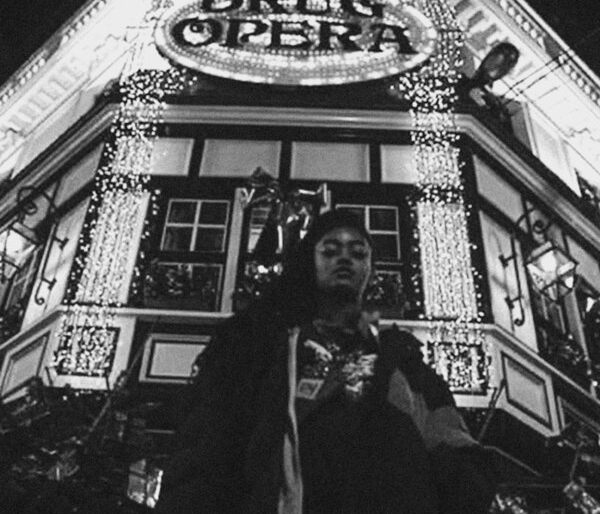 drug opera, the new posthumous release from West Philly’s own Chynna Rodgers — aka Chynna — is a glaring example of an extremely talented young artist lost sadly before their time, long before they could mature into the performer they were meant to be. It’s a dark chorus exploring her depths of mental health and substance abuse, sprinkled with signs of hope for the future ripe with astounding wordplay and wittiness.

The haunting beats she is provided by multiple producers works well with a young woman exploring the sadness she’s experienced through many close losses — including her mother and musical mentors like A$AP Yams — and a crippling opiate addiction that followed and sadly won in the end. On the intro to the album, “overture,” produced by Kelvin Krash, Chynna sets us up for what to expect going forward with the closing bar: “lotta loneliness to winning, fucking a happy ending this is what you’re getting.”

The supremely talented younger rapper first found success in modeling, signing with the world-renowned Ford Models when she was just 14. She would soon meet and be encouraged to pursue a career in music by Yams — the founder of A$AP Mob, who she would be loosely connected with throughout her short-lived career. Including a feature from A$AP Ant with the bouncy production of Kirk Knight for “s&m” on drug opera. As she began her career experimenting with flows and styles with prior EP’s, she found her footing with a slowed-down more stream-of-conscious style she uses most on drug opera. Probably most prominent on songs like “slytherin,” “burnout,” and “curly,” her flow almost feels effortless.

What seems almost like a departure from the album’s overall theme, despite it’s title, “seasonal depression pt. 2” has an optimistic feel, especially with its sonically dreamy beat provided by Suicideyear and Nebard. Also the songs “way up” with Junglepussy and “929”with Philly’s Kur see Chynna explore more with her style and interplay. But maybe the most bittersweet moment is on the track “phone call”that starts with Chynna rhyming, but is interrupted by a phone call from her father: the love they have for each other and their combined excitement for her future really come through, which is even more sad in light of her passing.

Ultimately Chynna’s debut is only a silhouette of what was to come from another brilliant light extinguished too soon.