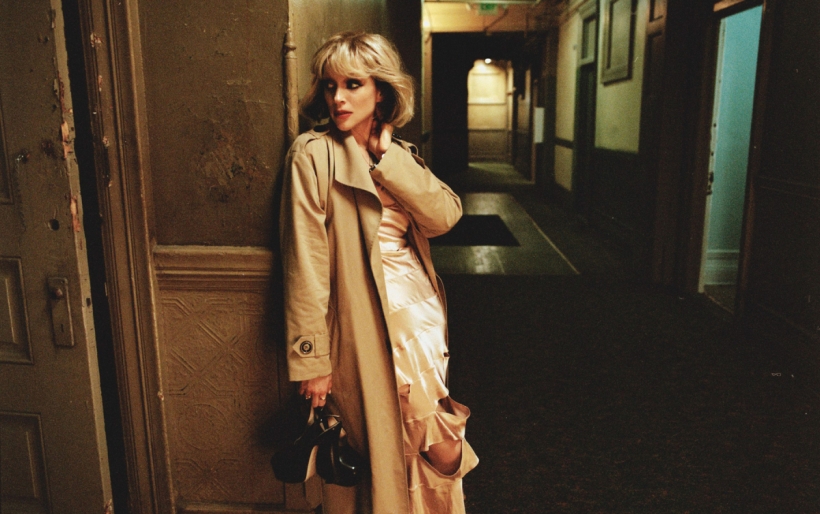 St. Vincent | photo by Zackery Michael | courtesy of the artist

Coming off a massive few weeks of shows, between XPoNential and Firefly and Philly Music Fest, a chill week is in order. But when you’re talking about concerts in Philly, even a chill week has a show to see almost every night.

The Met is quickly becoming the concert venue for dads. Elvis Costello, Steely Dan, and Bob Dylan all have dates at The Met before the year’s over. No shame in the dad rock game, of course. The younger generation would be smart to take some notes from Dad every once in a while, at least when it comes to mid-to-late century rock and roll. Ironically, the buzzworthy show at The Met this week, St. Vincent — who will draw a younger audience — is touring for her record Daddy’s Home. Known for her innovative style and mastery of the guitar, St. Vincent will fill every corner of The Met’s 40,000 square feet music hall with sound. Her musical style evolves with each record, and Daddy’s Home plays with the sound of 1970’s New York City. Expect a groovy blend of blues and rock with St. Vincent’s signature cinematic production. // 8 p.m., $39.50, AA // TIX + INFO– Paige Walter

As our Rahman Wortman observed in an album review a few weeks back, punk just might be Willow Smith’s lane. The rising star (and daughter of Philly son Will Smith) released the impressive lately i feel EVERYTHING earlier this year via Roc Nation and brings its high-energy skater anthems to the TLA Monday. // 8 p.m., $35, AA // TIX + INFO – John Vettese

The Feliece Brothers’ inescapable “Jazz On The Autobahn” is shaping up to be one of XPN’s most-played songs of 2021, and it’s easy to understand why. Between fluid folk-pop instrumentation and catchy melodies – two areas this band has excelled in over the past two decades — it demands repeat listens. The Felieces have two local shows this week: Tuesday night they’ll be in Jersey at Asbury Lanes, with a World Café Live show Wednesday. // 8 p.m., $20, 18+ // TIX + INFO – J.V.

Singer, songwriter, pianist, EGOT-achiever and consummate entertainer John Legend makes a long-awaited return to Philly on Wednesday. After postponing a lengthy tour last year due to the pandemic, he released his seventh LP Bigger Love in June, and it featured collaborations with Gary Clark Jr, Raphael Saadiq, Rapsody, Jhené Aiko and more. The feature attraction is always Legend’s commanding vocal, though, and we’ll hear it soar at The Met this week. // 8 p.m., $45, AA // TIX + INFO – J.V.

Saleka plays the first of her three-night residency at World Cafe this Wednesday. The R&B singer songwriter shares a special connection to Philadelphia, and it’s greater than filming a music video at Ortlieb’s as she did for her song “Chance.” If you know, you know. There are two more chances to see Saleka at World Cafe on 11/17 and 12/8 after this Wednesday’s show. And the social-justice minded artist is also in residency at Washington D.C.’s Songbyrd Music House and New York’s Rockwood Music Hall now until the end of the year. // 8:30 p.m., $14, AA // TIX + INFO– P.W.

Fresh off the XPoNential Marina Stage earlier this month is Jade Bird, British folk singer-songwriter. The 24-year-old musician, who’s been playing all her life, writes energetic songs about relationships and heartbreak. Bird brought the XPoNential crowd to their feet, and as The Key’s Samantha Sullivan had to say about her performance, “[it] was the first time I’ve ever seen a group of people so enthusiastic about someone getting broken up with.” Invite friends experiencing heartbreak or feminists in general to Jade Bird’s Underground Arts show for a joyful and cathartic evening. Bonus: Bird is XPN’s Free at Noon concert the day after, Friday 10/15. // 9 p.m., $25, 21+ // TIX + INFO– P.W.

Touring for the release of her recent supergroup-type album, Nicole Atkins comes to the Arden Gild Hall. Like Jade Bird, Atkins is another XPoNential 2021 alum playing the Philadelphia area this week. The Gild Hall will be a lovely setting in which to enjoy Atkins’ music — during the day the rustic hall looks like it hosts the town’s community square dances or church fundraisers. Lit up by twinkle lights at night, the stage features some of the greatest talent coming to Delaware this year. Celebrate the beauty of Americana on the East Coast with both the venue itself and the themes in Atkins’ Italian Ice, a love letter to the Jersey Shore. // 8 p.m., $30, AA // TIX + INFO– P.W.

Saturday 10/16: Nothing at Union Transfer

After seeing last weekend’s low-key first-show-back / shaking-off-the-cobwebs gig at Anchor Rock Club (though wouldn’t cobwebs be absolutely appropriate for the band Nothing, playing in the month of October, two weeks out from Halloween?), we have to give this tour another shoutout. Last year’s The Great Dismal is a strong contender for the best album in Nothing’s catalog – it strikes the best balance yet of heavy shoegaze-adjacent noise and pure pop – and songs like “April Ha Ha” in particular sound epic live. Maybe Alex G will show up at UT to sing his part on that song? Though it’ll sound spellbinding either way. // 7 p.m., $20, AA // TIX + INFO – J.V.

Sunday 10/17: Lukas Nelson and Promise of the Real at Union Transfer

Country rock heir and brown-eyed dreamboat Lukas Nelson is bringing his acclaimed band Promise of the Real back out on the road this year, after reflecting on what it meant not to be on the road for the first time in a decade on this year’s A Few Stars Apart. They’ll headline Union Transfer on Sunday. // 7 p.m., $30, AA // TIX + INFO – J.V.