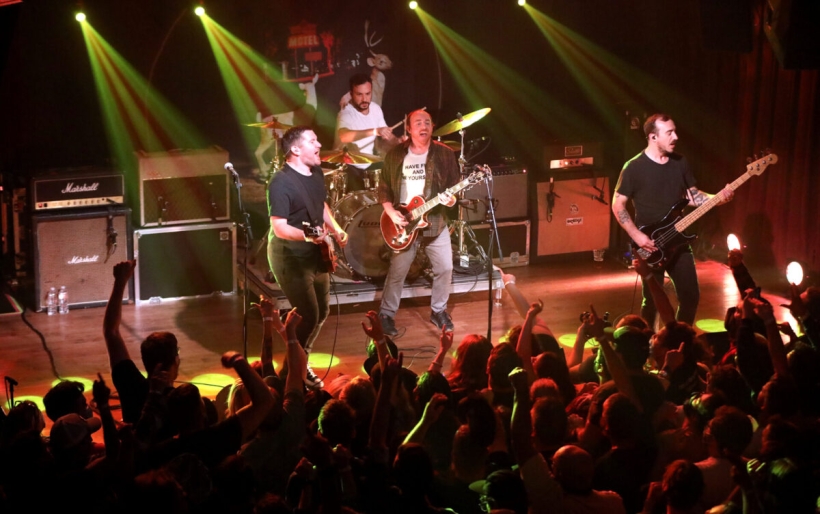 The Menzingers | photo by John Vettese for WXPN

The annual Philly Music Fest touched down last week, showcasing 20 regional artists in six concerts at five independent venues over the course of five nights. The numbers were impressive, but the music even moreso.

Opening night on Wednesday, October 6th saw a one-two punch of Alex G and Spirit of the Beehive bringing their trippy indie oddities to the Music Hall stage at World Cafe Live, while poet and musician Camae Ayewa took over the upstairs Lounge stage to present sets from three of her projects: her punk band Moor Jewelry, her experimental electronic outfit Moor Mother, and her free jazz ensemble Irreversible Entanglements.

In addition to showcasing artists with Philly regional roots, Philly Music Fest supported the next generation of local artists by raising money for a variety of local music-education nonprofits, and representatives from World Cafe Live, Beyond The Bars, Rock To The Future, and Girls Rock Philly were on hand at each show to talk about their programs.

Below, check out a roundup of photos from Philly Music Fest 2021.