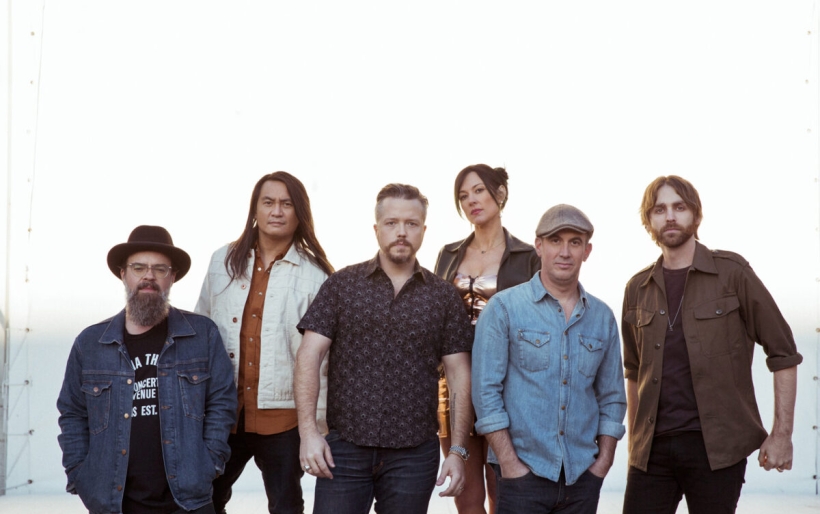 Jason Isbell & the 400 Unit | photo by Alysse Gafkjen, courtesy of the artist

Your quest to find a bunch of new albums to enjoy has reached its thrilling conclusion (at least for this week). Jason Isbell recruits his trusty band the 400 Unit, along with Brandi Carlile, Béla Fleck, Adia Victoria, and more for Georgia Blue; a set of covers of Peach State favorites from R.E.M. to Gladys Knight to the Allman Brothers. A guest appearance by global sensations BTS is a highlight of Coldplay‘s brightly colored ninth album, Music of the Spheres. Experimental Brooklyn artist Xenia Rubinos displays a mystifying amount of energy and creativity on Una Rosa. Longtime indie favorite Dean Wareham (Luna, Galaxie 500) presents his second-ever solo album, the charming and lyrical I Have Nothing to Say to the Mayor of L.A..

Shifting away from the stylized noir sound of his recent records, Midwest singer Pokey LaFarge delivers the breezy In the Blossom of Their Shade. Canadian songwriter Lauren Spear makes her full-length debut as Le Ren, the deeply affecting Leftovers. City of Mirrors is the dizzying fourth album by adventurous Chicago Latin-jazz fusion combo Dos Santos. Atlanta duo Gone to Color recruit a global rogue’s gallery of vocalists, including Martina Topley-Bird and Lambchop’s Kurt Wagner, for their self-titled debut. PRESS PLAY on these new releases (and more) below…

Coldplay – Music of the Spheres
CHECK OUT: “Higher Power” “My Universe (feat. BTS)”

Dean Wareham – I Have Nothing to Say to the Mayor of L.A.
CHECK OUT: “The Past is Our Plaything” “Cashing In”

Pokey LaFarge – In the Blossom of Their Shade
CHECK OUT: “Get it ‘Fore it’s Gone” “Fine to Me”

Le Ren – Leftovers
CHECK OUT: “Dyan” “May Hard Times Pass Us By”

Dos Santos – City of Mirrors
CHECK OUT: “A Shot in the Dark” “Alma Cósmica”