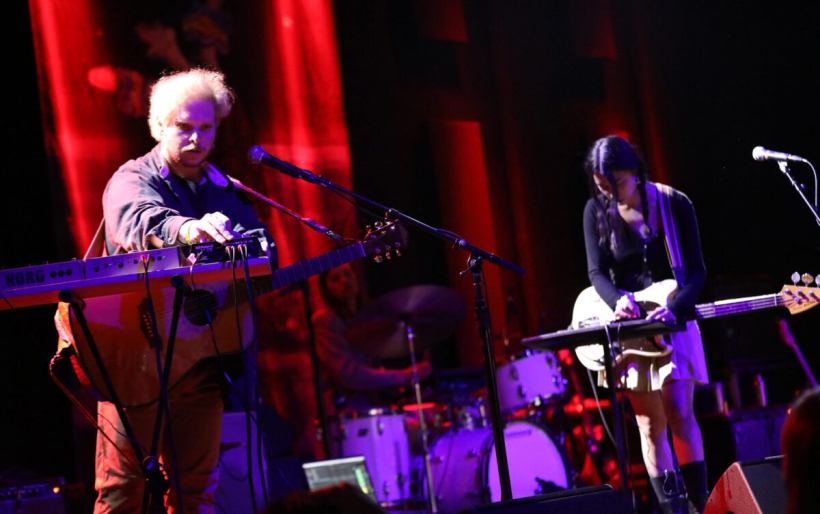 Spirit of the Beehive | photo by John Vettese for WXPN

It’s common knowledge that Spirit of the Beehive’s latest album, ENTERTAINMENT, DEATH, is an absolute masterpiece. The band’s magnum opus, it’s an intoxicating blur of heavy psychedelia and obscure samples that sound like they were pulled from a seance. Avey Tare of Animal Collective decided to take on the challenge of re-imagining a track from the album, “It Might Take Some Time.” An intimidating endeavor, he pulled it off with ease.

The beginning of the remix sounds like being vaporized, a droning whirr building up into a strange sort of hum that makes you feel like you’re going crazy. Slowly Tare introduces layers of ominous warped vocals, brings percussion to the forefront in sharp mechanical thuds.

One of the lighter songs on the album, the original version feels like slowly slipping out of consciousness, whereas Tare’s feels like waking up from a nightmare in a cold sweat.

You can stream the remix below. In other Animal Collective news, they just announced their first album in six years, and announced a March 2022 show in Philly at Union Transfer; more information here.