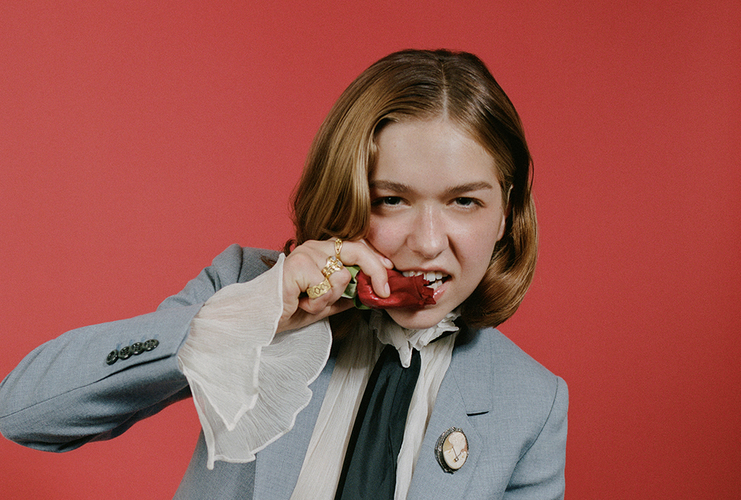 You could be forgiven for mistaking Snail Mail’s new single “Ben Franklin” for another artist. Singer-songwriter Lindsey Jordan breaks away from her guitar-centric sound for something decidedly more poppy on “Ben Franklin,” as well as the upcoming album’s title track, “Valentine.” In the latter, Jordan’s screaming vocals are what fans are used to hearing; 2018’s Lush featured songs like “Full Control,” that showed Jordan on the verge of, well, losing control.

This new direction for Snail Mail is not unwelcome. It’s expected that the young songwriter, who signed to Matador Records when she was 18, would grow and evolve with each record, even though critics agreed Lush proved Jordan was mature beyond her years. “Ben Franklin” shows Jordan pushing her board vocal range, and strikes a rebellious tone in lyrics like, “I guess the shit just makes you boring / Got money, I don’t care about sex.” But the song falls back on heartbreak, with “Post rehab, I’ve been feeling so small / I miss your attention, I wish I could call.”

Snail Mail’s sophomore album Valentine is out November 5th on Matador Records. Fans have two chances to see them perform in Philadelphia at Union Transfer on April 5th and 6th with openers Joy Again. Tickets can be found at the XPN Concert Calendar. Watch below for the music video for “Ben Franklin.”