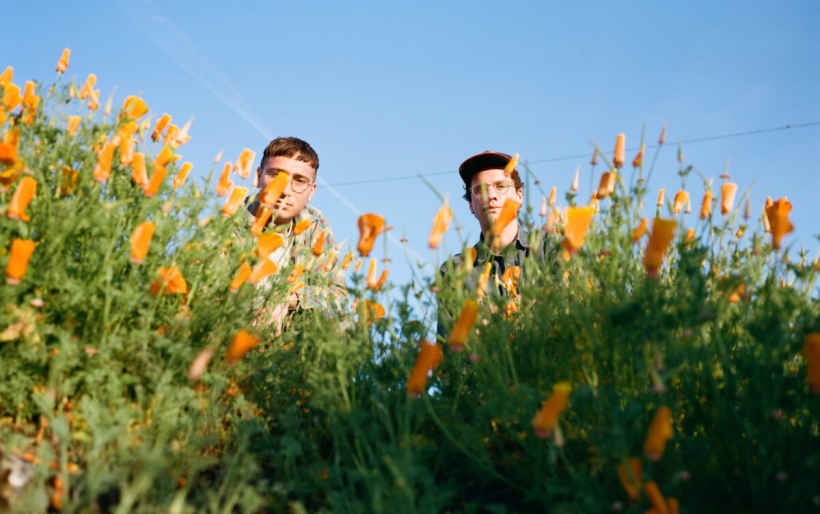 Whitney | photo by Colin Matusi | courtesy of the artist

It’s another busy week, concertgoing friends. If you didn’t snag tickets to the sold-out Mannequin Pussy headliner at Union Transfer, or the sold-out Making Time with Yves Tumor, you’ve still got three other options on Friday night, and many more on either side of it. 18 shows this week, to be exact, from soul to shoegaze to hip-hop to heartland rock, ending with a killer all-local Halloween bill at Ortlieb’s. Mask up, vax up, and read on for this week’s concert picks.

Living legend Mavis Staples kicks off a two-night stand in Philly this Tuesday at City Winery. She is possibly the only person who can say they’ve marched with Dr. Martin Luther King Jr., sang with Mahalia Jackson, and written songs with Jeff Tweedy, which I think makes her worthy of sainthood. For more lore, listen to her incredible Checking In conversation with XPN’s Dan Reed here, and watch a music video for her 2019 song “We Get By” below. // 8 p.m., $95, 21+ // TIX + INFO – John Vettese

You never know what you’re going to get from The Halluci Nation, and their live shows are no different. Formerly known as A Tribe Called Red, the duo of Bear Witness and Tim “2oolman” Hill are back under a new moniker. A blend of traditional Indigenous dance music and body-moving electronic rock, the genre-benders delight in the unexpected. // 8:30 p.m., $17, AA // TIX + INFO – Samantha Sullivan

Wednesday 10/27: The Record Company at TLA

Following their smoking performance at Wiggins Park last month, three-time XPoNential Music Festival artists The Record Company take another pass through the Delaware Valley this week, headlining a show at the TLA on Wednesday. Their new record Play It Loud finds them stretching their versatility further than ever, from blues rock bangers to heartland Americana anthems to spacey boogie. In addition to this mid-week Philly play, they’ll be at Harrisburg’s XL Live on Friday too // 8 p.m., $27.50, AA // TIX + INFO – J.V.

Pick your player for Steely Dan shows at the Met this week: Aja, The Royal Scam, and selected hits from NE Corridor. Those are the themes for each night of Steely Dan at The Met. If you can’t choose just one…well, tickets are still available for all nights at this beautiful music hall. Although fans will never see Steely Dan’s original lineup again (R.I.P. Walter Becker), the touring band under the same name will fill the void of 70s jazz rock in your nostalgic-prone life. In addition to Wednesday’s show, The Dan plays The Met Friday the 29th and Saturday the 30th. // 8 p.m., $56, AA // TIX + INFO – Paige Walter

Whitney makes you feel like you’re sitting on a front porch in the middle of summer somewhere in the deep South. This sunny laze and undeniable warmth translates in their laid-back Americana-pop. With a heavy folk influence, it’s not uncommon for them to break out a banjo or harmonica on stage. They’re the kind of band you crack open a cold beer to — or order one at the World Cafe Live bar this Wednesday to — and they celebrate taking it slow. // 8 p.m., $35, AA // TIX + INFO – S.S.

Named for the wild shows they would throw in college, which included lots of alcohol and yes, them playing completely naked, The Nude Party knows a thing or two about partying. Their barroom bangers about life being a joke, being broke, and drinking blues are sure to have every cowboy boot in the place tapping. With their twangy rock n’ roll as the soundtrack at Johnny Brenda’s Thursday, you’re guaranteed to leave feeling like the main character in an old country-western movie. // 9 p.m., $16, 21+ // TIX + INFO – S.S.

The fact that Rachel Goswell from Slowdive sang on their album tells you all you need to know about Beach Fossils. With lush soundscapes and shadowy vocals, they proudly carry on the shoegaze torch. Representing the next generation of musicians enamored by their pedalboards and getting lost in the dream, they’re moody and mellow. Their live shows provide a much-needed break from the constant chaos of life, meaning their Union Transfer show Thursday with Wild Nothing will be an appropriate entry into the weekend. // 8 p.m., $25, AA // TIX + INFO – S.S.

Philly rap vet Reef the Lost Cauze is readying the release of his latest project, Reef the Lost Cauze IZ ALIVE — a multi-way homage to Redman and Funkadelic (via the album art) and the tenth anniversary of Reef the Lost Cauze is Dead (itself a brilliant De La Soul) homage. Clearly the man loves celebrating art he things is incredible, but also on his recent outings like The Majestic and The Airing of Grievences has grown incredibly vulnerable and introspective. While no tracks from the new record are streaming just yet — it releases November 26th on Bandcamp — we can hope we’ll hear some at his MilkBoy show Thursday (and he always brings the heat to the stage). Meanwhile, enjoy Reef’s most recent music video, the loosie “Old Boy,” below. // 8 p.m., $15, 21+ // TIX + INFO – J.V.

Cosmic folk Californian AC Sapphire returns to her old stomping grounds this week for an opening slot at World Cafe Live with Christopher Paul Stelling. The singer-songwriter spent her young life and into her 20s in the Philly scene, making music with siblings Cas and Beatrice in much-loved vocal harmony trio Sisters 3 then moved across country to explore new sounds and styles in the kaleidoscopic desert. Watch AC Sapphire’s video for “Desert Stars” from last year’s Omni Present EP below, and check out her tourmate’s new album Forgiving It Allhere. // 8:30 p.m., $13, AA // TIX + INFO – J.V.

Friday 10/29: 25th Anniversary of Wilco’s Being There Presented by The Key at World Cafe Live

With Halloween coming up, Wilco fans might not have noticed there’s a bigger holiday to celebrate on the horizon: the 25th anniversary of Wilco’s career-changing double LP, Being There. At The Music Hall at World Cafe Live on October 29th, local bands Joey Sweeney & The Neon Grease and The Tisburys will perform the landmark album live in full. Both bands are well-equipped to handle Wilco’s precious material. Trust me, I’ve seen a sneak-peek, and justice will be dealt. Comedian Doogie Horner hosts the event, which was organized by The Key editor John Vettese. // 7 p.m., $17-30, AA // TIX + INFO– P.W.

If you’ve enjoyed any show at Sunflower Garden this year, or if you still haven’t been out to see the magical venue–which sits below street level and is decorated with colorful murals, twinkling lights, and patches of growing vegetation–come out to see their last show of the 2021 season. Grace Vonderkuhn headlines with her power trio, undoubtedly performing tunes from 2021’s Pleasure Pain and new songs from a yet-to-be-recorded forthcoming album; they’ll be joined by Delaware rockers Eyebawl, hot off an appearance at Firefly Music Festival, and Fishtown newcomers S.T.O.P. blues band. To prepare for the show, read Grace Vonderkuhn’s interview with The Key about Pleasure Pain here. // 5 p.m., $12 ADV, $15 DOS, AA // TIX + INFO – P.W.

Local roots rock five-piece just delivered a smokin’ performance at WXPN studios for The Key Studio Sessions (watch a clip below) and are making a return to 118 North in Wayne for their second of three residency shows. This one is free, so don’t miss out — especially if, as I suggested in the Key Session writeup, you’re a fan of Alabama Shakes and Deer Tick and looking for somebody local to scratch that itch. // 6 p.m., FREE, 21+ // INFO – J.V.

Some doom is certainly in order for your Halloweekend, and Ruby The Hatchet is here to deliver. Newly signed to the Magnetic Eye Records roster, with a live EP and studio LP planned for 2022, the band has hit the late-pandemic show circuit hard — we can’t say enough good things about their Live on Front set and the Heavy Temple match-ups that followed. Ruby plays its latest hometown show Saturday night at Silk City with like-minded Sabbath-inspired shredders High Reeper. // 7 p.m., $15, 21+ // TIX + INFO – J.V.

Professor Caveman is officially out of hibernation. The New Jersey-based band is back and rowdy as ever with their quirky and slightly out of control antics. Delivering a mish-mash of psychedelic and funk garage rock to crowds, they know how to make any room feel electric. It’s truly a bonding experience to scream along with strangers about falling in love with an illusion and chain-smoking cigarettes, and Love City sounds like the perfect place to do all that this Saturday when the band plays a 4333 show with Maya Lucia, Elephant Jake, and the promoters’ featured artist for the fall, rapper Chuck Acid. // 8 p.m., $15, 21+ // TIX + INFO – S.S.

Kicking off “Halloweekend” are local favorites Slomo Sapiens and Party Muscles (feat. Barney Cortez) like you’ve never seen them before: masquerading as The White Stripes and The Strokes, respectively. If you’re unfamiliar with Philly Undercover shows at World Cafe, you should know this is much more than a cover set. The bands transform into the musicians they’re covering with elaborate costumes and accents. For reference, when Dominy performed as The Rolling Stones, songwriter John Dominy shaved his moustache in the WCL green room to surprise the crowd as Mick Jagger. Party Muscles and Slomo Sapiens have something equally theatrical in mind for their crowd on 10/30, and it should inspire everyone to go above and beyond for Halloween this year. // 9 p.m., $15, AA // TIX + INFO – P.W.

Call it a night out with two groove-oriented artists from the Philly scene. The long-running Grimace Federation blends jazz, electronica, hip-hop, and psychedelia, and headlines Ortlieb’s Saturday alongside the trippy duo Trap Rabbit, who draws on a similar palette of influences but with a punchier backbeat care of dynamic drummer Arjun Dube. Though Grimace Fed hasn’t released new music in a couple years, Trap Rabbit just dropped a slick single with sax player and multi-instrumentalist Maxfield Gast called “This Was Once Out Of Shape.” // 8 p.m., $15, 21+ // TIX + INFO – J.V.

Though their biggest impact came as part of the mid-00s indie-to-modern-rock pipeline — peaking on 2011’s Mine Is Yours — Cali outfit Cold War Kids continues to release records on the regular (the two-years-running New Age Norms series is on its third volume), and their live show is tight as ever, as we saw a couple years ago at Firefly. They’ll spend a lot of the set this Saturday at XL Live impressing you with how much they’ve grown, and then “Hang Me Up To Dry” will drop and the shify will lift to a whole other level. // 8 p.m., $50, AA // TIX + INFO – J.V.

We know you have your choice of Halloween shows this year, and we hope you pick this one. Larlene is a band born and bred at Ortlieb’s–two of the band’s members work behind the bar or behind the scenes booking shows. They’re a fun, basement punk-rock group of three best friends. Continuing the punk theme are bands UgLi and Eyebawl. The latter is a Delaware band fresh off their main stage performance at Firefly Music Festival, and the former is riding a wave of momentum in Philly. All three groups are born performers, and likely have some spooky surprises in store for fans. This show of up-and-comers is the place to be on Halloween. // 7 p.m., $10, 21+ // TIX + INFO– P.W.