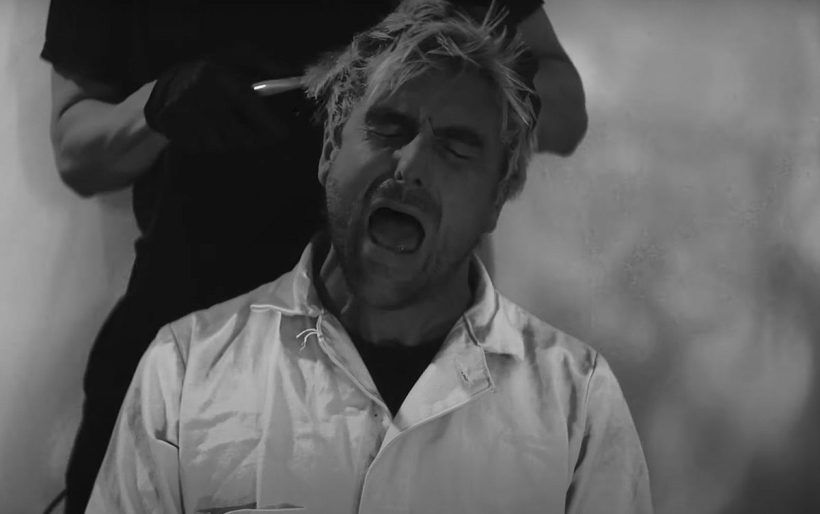 Circa Survive | still from video

Circa Survive isn’t afraid to start over in the music video to their song “Imposter Syndrome,” the gripping opening to the band’s first release since 2018, A Dream About Love.

The single sees lead singer Anthony Green reckon with his relapse on heroin and overdose. The track is agonizing, and his pain is made palpable through his anguished lyrics. As it slowly builds up from a slow burn to an inferno, the weight of his struggle is crushing. Still, as the percussion slams and the weight of the situation seems almost unbearable, there is the hope of moving fresh. A new beginning seems like a glimmer of hope after all of the turmoil.

“This was the last song I wrote before I went into rehab two years ago,” said Green in a press release. “The song is about forgiveness and accountability and represents a sense of starting over for me. Scrapping the blueprints and building from scratch in every aspect of our life.”

The single was accompanied by a dramatic black and white video directed by Bob Sweeney in which Green gets his head shaved by a shadowy figure. The symbolic nature of the gesture is unmistakable, as his hair falls to the floor and you can see him slowly transforming. Overcome with emotion, a few stray tears stream down his face as he is left with a buzz cut. A big change from his bleach-blonde hair at the beginning of the video, his outward shift mirrors his inner journey to heal.

Circa Survive will be touring this spring and will make a stop in Philadelphia, playing two sold out shows at Union Transfer on March 4 and 5 with Tigers Jaw and Soul Glo. Watch the “Imposter Syndrome” music video below.