A conversation with Dan Campbell, storyteller, about his new album 'Other People's Lives' - WXPN 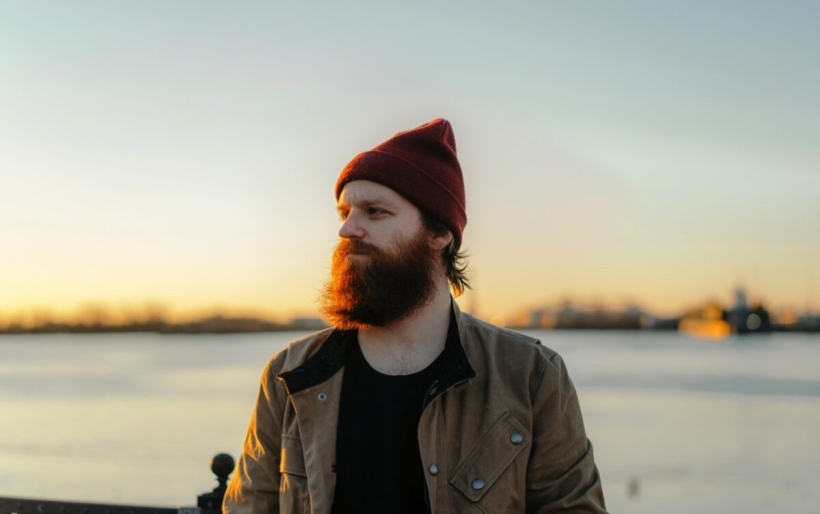 Dan Campbell | photo by Michelle Baumva | courtesy of the artist

A conversation with Dan Campbell, storyteller, about his new album ‘Other People’s Lives’

Storytelling has always been a huge part of every project that Dan Campbell has worked on, from The Wonder Years to Aaron West and the Roaring Twenties. His latest release, out today, is his first album under his own name, but that doesn’t mean he’s suddenly going autobiographical. The record finds Campbell telling, as the title suggests, Other People’s Lives, and was born “out of necessity” as a collaborative project during the pandemic. His life revolved around being in a band for so long that the “non-routine” became the routine.

“I had an 11-month-old, and my job stopped. I was panicking,” he said in our chat over the phone earlier this month. “[The Wonder Years] were in the middle of a tour and we had a pretty light year prior, because I had had the baby and we didn’t want to spend his whole first year of life on tour, so we didn’t do a lot of it. Touring is how bands survive, and it’s also like my sense of gravity.”

It was then that his manager suggested that he try taking commissions and writing songs for friends, fans, and other folks. Simply put, that is how Other People’s Lives was born.

“I had a schedule all of a sudden,” he remembers. “I would wake up with my [then] one-year-old and do the dad thing, so I’d be working from home and put him down for his first nap. [I’d] go down to the basement and work on a song, then demo it [and] listen to it throughout the rest of the day. So [when] he’d wake up and whenever we’d go for a walk or anything, I’d pop in my headphones and try to listen to it and make mental notes. During his second nap, I would refine [the songs].”

Other People’s Lives was a product of the song shop he opened, filled with personal music written for others. In that process, he was very upfront with fans who commissioned songs about the potential for them to be released publicly.

“Everyone said ‘yes’ up front,” he said. “But I still didn’t feel like that was enough.”

For example, “Streetlights Painted You Gold” was written for two people named Ashley. Campbell officiated both of the weddings the couple had: one was a private ceremony on their original wedding date that was “their date,” while the other was for their friends and family who had been vaccinated.

During the first ceremony, he said “it would be really cool to release these, but I don’t know.” The couple “lit up” and said “We were hoping you would ask! We really want people to hear this song.” It was because of them that he got the confidence to reach out to everyone who commissioned a song to ask, and he received similar sentiments about wanting their personal songs to be heard. To tell these stories, Campbell would often spend time researching locations and names; for “Streetlights Painted Gold,” it was much closer to home.

“It came together really nicely because I lived like a block from them,” Campbell says. “All of the places they mentioned, I was like ‘Oh I don’t need to look at this on Google Streetview or find photos or anything.’ I literally sat on those steps with my dog every day for like months. I know exactly what [they’re] talking about. I know exactly what it looks like. And it makes it really easy to describe it.”

One big takeaway from working on Other People’s Lives? Campbell learned that he loves interviewing people; an interesting thing because being interviewed isn’t one of his favorite things; it makes him anxious. But it was through this process that he acquired some of his favorite moments putting the record together.

“The Skype calls we would do; just getting to hear the story and ask questions and try to delve further and find details that were important and find things that added depth and color to the narrative…we would have an open dialogue after the call so I could follow up with questions and ask for photos,” Campbell says. “Because sometimes it’d be like ‘hey, you mentioned that you had a photo of this moment. Can I see it?’ And that allows me to put that visual into the song more effectively and more true to what was happening. That was really cool. I really did enjoy the ‘journalistic’ element of it.”

When fans sit down with the record for the first time, Campbell just hopes that the people he’s writing about get an opportunity to inhabit someone else’s life briefly through their stories…even if he said the word “stories” so many times when we chatted, the word seemed to have “lost all meaning.”

“I think everyone naturally thinks of themselves and their lives as…’my life is a movie and I’m the main character.’ That’s just kind of the natural human experience and a thing that we have to actively attempt to unlearn as we grow older and more empathetic and aware of the world,” Campbell reflects.

When we chatted on the phone, I told Campbell that with all the projects he’s involved with, it’s incredible he’s still standing sometimes. His response? “I’m actually literally laying down right now.” In his defense, he’s also a parent, and while we talked, an unexpected guest joined: his one-month-old, Jack.

Juggling “the dad thing” while working on music in the midst of a pandemic changed some ways Campbell approached his music and songwriting. One of the biggest impacts of being a parent has been on the way he works on songs for The Wonder Years. He didn’t want to be screaming in his basement while his children were napping, or when his wife was on conference calls.

“For Wonder Years songs, where I’m singing a lot louder, it definitely annoys the shit out of the other guys,” he said. “I have to write the songs kind of whispering, or down an octave, and imagine what the melodies will sound like in my belted kind of half-screamed range that I do for The Wonder Years.”

Campbell mentioned that having some semblance of a routine was helpful, especially since his oldest, Wyatt, really likes the music he’s put out. When he’s on the road, his wife, Allison, plays a lot of his music around his sons as a connection to him. At bedtime, she’ll also put on the Sparrow Sleeps versions of songs he’s worked on.

At the same time, his oldest loves it when he works on songs on his guitar in the basement, because his dad can get songs put together and he can play with his trains.

Now that he has kids, the thought to record an album specifically for children has crossed his mind.

“With how much Wyatt listens to the songs…I think ‘Would other kids like this, or is it just because it’s my kid?'” Campbell muses. “And when I’m away, it’s a connection to me. I know that Matt Pryor did a thing years ago called ‘The Terrible Twos,’ that was like punk kids songs, which I thought was cool. So yeah, I would say it’s not impossible.”

At the same time, he also questions how much of his voice fans want to hear.

“I’m trying to be mindful of being like overly prolific as a songwriter, because I think that there is a threshold where people start missing things that you do and it’s like ‘okay, if I’m releasing a solo record now and then a Wonder Years record next year and then writing an Aaron West record that will probably come out early the next year…it’s like how much of my voice do you need?'” He laughs, but says it’s is a question that he legitimately needs to ask himself.

So what’s next for Dan Campbell? Other People’s Lives is out today. He’ll be playing the first Aaron West and the Roaring Twenties show in two years on December 27 at Asbury Park’s House of Independents. He also wants to make up dates that were previously announced in the United Kingdom before the world got “COVID-ed.”

LP 3 for Aaron West is also in the works, and Campbell hopes to work with Ace Enders on it, as he did with the previous two records; he hopes to begin writing for the new record in the next few months.

The Wonder Years will be playing their first indoor shows in December — including dates at Stroudsburg’s Sherman Theater, The Queen in Wilmington, and Asbury Lanes — and the band has required all fans attending to be fully vaccinated or have a negative test result. “We have another Wonder Years tour booked, and we’re just watching cases and watching vaccination rates and hopefully getting ready to announce that soon,” he added.

A new Wonder Years record has also been recorded, but the process to start mixing it hasn’t started yet. He’s also been watching the vinyl lead times, and is hopeful the album will be out sometime in 2022. “We kind of need to see how long it’s going to take to press the vinyl, because we don’t want to get into a situation where we promise and underdeliver with that.”

Pending pandemic-related things, he said that the band is hopeful that a run of shows from February to March will be announced.

And the plan for today, Other People’s Lives release day, is to put some of the rarer vinyl variants back up on his webstore. It was available for pre-order, but most of the variants sold out quickly. He hopes that fans will buy the record. Or at least stream it. “But also don’t do anything you don’t want to do!”

He’s being incredible humble when talking about his album full of moving songs, beautifully performed and impeccably recorded, but maybe Campbell falls into the second sort of “my life is a movie” people he described earlier. “I think a lot of people think ‘my life is a movie and I’m the main character but that movie is intensely dull and no one would ever watch it,'” he says. “[But] most people have stories worth telling. Probably everyone has a story worth telling. It’s just about how you think about it and frame it.”