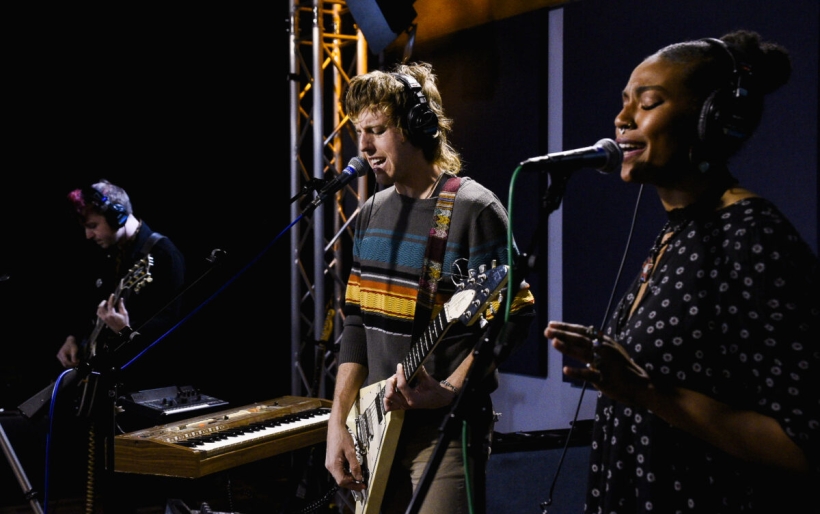 On his 30th birthday this summer, Ciaran Wall played Sunflower Philly with Lady HD, the band he was bringing back onto the scene in a much bigger way than we’d ever heard them before.

The project has been around since 2017, when Wall was collaborating long-distance with his producer friend Dusty Moon, someone he met during a stint living in California. The music was an eclectic melange, drawing on Wall’s Peruvian heritage for melodic and rhythmic inspiration while also reflecting his love of contemporary electronic indie rock and the heady psychedelic sounds of the Philly scene.

They released a few terrific singles, played shows here and there — including a Nuevofest 2019 set, where we first heard them — and then the project was put into forced semi-retirement around March 2020, along with everyone else.

Wall remained active, though, recording and releasing the Chifa EP last summer (read his interview about it with The Key’s Emily Herbein here) and regrouping with his musical peers as the world began to reopen, developing the live band anew. At that Sunflower show, Lady HD made its debut as a six-piece, with Wall joined by guitarist Will Donnelly and percussionist Jarae Lewis (of Low Cut Connie fame), bassist Jonathan Behar, keyboardist Logan Roth (of Trap Rabbit), and drummer Erik Scattareggia. For their Key Studio Session, we also get singer Turquoise Cobb (of Dominy) in the mix, and her soaring harmonies make the sound that much more massive.

The three songs they recorded are highlights of Lady HD’s back-catalog of singles — “Whatever Comes Next (NOCANDO),” “Relax,” and “The Freak” are built around stellar hooks, punchy dynamics, and intense grooves equally reminiscent of Khruangbin and Broken Social Scene. It’s a formidable taste of the band Lady HD is at this moment in time, as well as a picture of what they might become; they’re planning their next release for sometime in 2022.

In the meantime, you’ll be able to experience Lady HD in person at The Lounge at World Cafe Live on Saturday, December 4th; get tickets and more information at the XPN Concert Calendar, and watch videos of their Key Studio Session below.