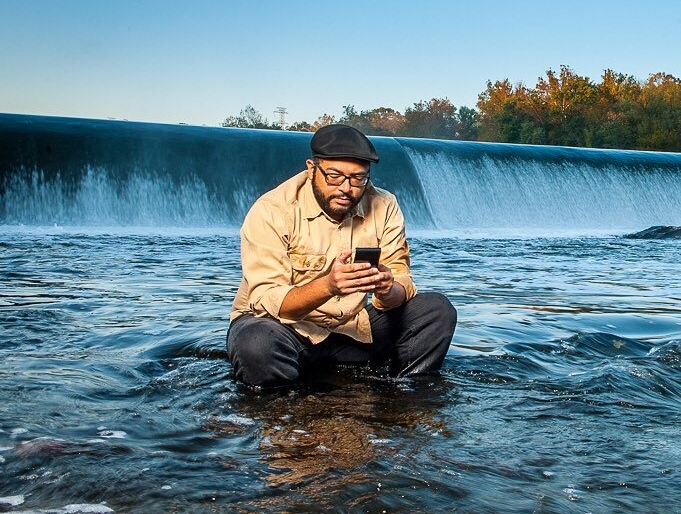 We met Philly promoter, DJ and tastemaker Rahsaan Lucas through his company AFROTAINO Productions, and their stellar series of events like Nuevofest, the Latin Roots series with NPR’s World Cafe, and through their own shows they’ve been presenting since the mid-00s.

And through Lucas, we met any number of burgeoning artists from around the globe who all play contemporary pop, indie, rock, and psychedelic music — ÌFÉ to Carla Morrison to Buscabulla and so many more — but who don’t get the attention they deserve from American promoters.

Dan Drago of Philly music podcast 25 O’Clock has historically been wowed by Lucas’ work as well, going back to their time collaborating on concerts at Fleisher Art Memorial in South Philly — including Chicano Batman’s first-ever philly performance. For the most recent episode of 25 O’Clock, the two talk about Lucas and AFROTAINO’s journey and vision.

Lucas shares his background, growing up in New York in the 70s and 80s during the ascent of hip-hop, and talks about his own forays into DJing and his move to Philly, where he connected with his AFROTAINO partner Marángeli Mejía Rabell at the now-defunct nightclub Revival and made plans to start the business.

“I was already leaning into a global music mindset already,” Lucas said, citing salsa into hip-hop into Indian Bhangra segues as the kind of thing he’d do as a DJ. “I like that kind of mix personally.” Meanwhile, Rabell brought a crucial perspective on what a dominant genre reggaeton was about to become, which was still burgeoning at the time they launched AFROTAINO.

They also talked about how the pandemic allowed the project to grow into digital programming, about creating “The Wawa experience” — giving your audience a consistant experience no matter what venue you’re setting up in — and not only creating helping create space for artists from the African diaspora, but to burst the bubble in the heads of listeners who have mostly been exposed to white American music.

“If I’ve helped open somebody’s mind, made an artist new fan, or helped somebody sell some merch, I consider that a job done,” Lucas says. “As long as we come away at the end of the day having learned about and experienced something new, that’s a winning situation. It makes us better people.”

Listen to Rahsaan Lucas on 25 O’Clock below, and find out more about what he does at the AFROTAINO website.