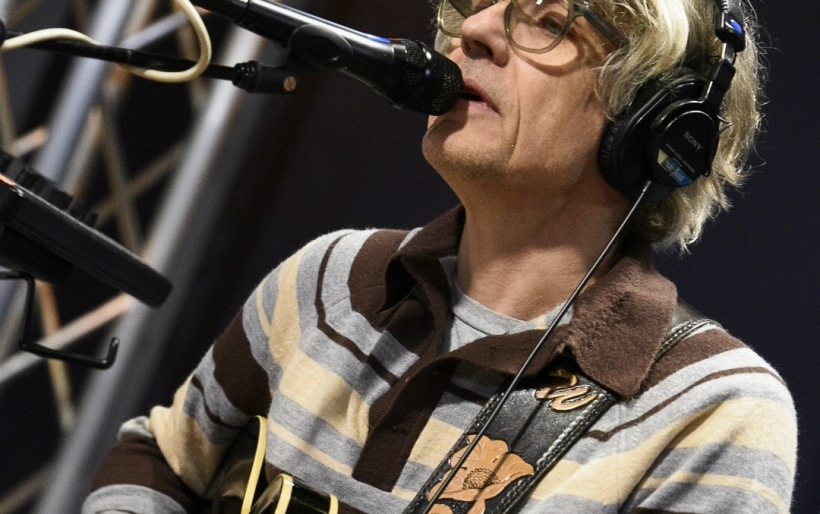 Joining us in the studio for this Indie Rock Hit Parade live session is a duo who’ve become cherished friends of this show (and this radio station in general). The last time Dean Wareham and Britta Phillips paid a visit to our recording space was back in 2017, on the occasion of a World Cafe session with their then-freshly reunited band Luna. Since then, Dean and Britta have remained busy with regular Luna tours and a series of home-recorded livestream broadcasts (which resulted in their August 2020 release, Quarantine Tapes). This time around, the focus is on Dean’s recently released solo album, I Have Nothing to Say to the Mayor of L.A.

Dean and Britta previously appeared on the Indie Rock Hit Parade in one of our earliest sessions; at the time Dean had just released his solo debut. All these years later, the duo’s effortless charm is just as effortless and possibly even more charming. The selections from the new album include “The Past is Our Plaything,” which gives the record its lyrical title, the pizzicato “As Much As it Was Worth,” and the elegiac “The Last Word.” Just as Dean and Britta did in 2014, they close their performance with a selection from Luna’s 1994 album Bewitched, this time digging into the album’s second side for “Into the Fold.”

Listen to Dean and Britta’s Indie Rock Hit Parade session below, watch videos of “As Much As It Was Worth” and “Into The Fold,” and check out some of Paige Walter’s photos from the studio.