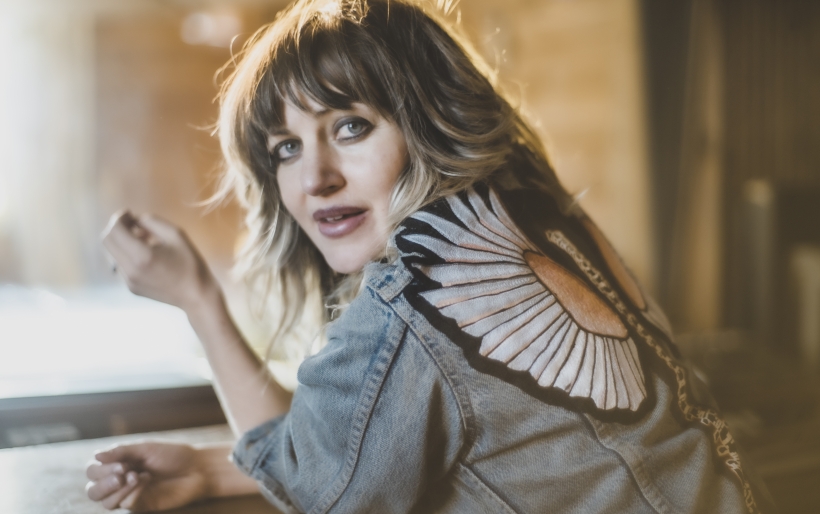 Anaïs Mitchell | photo by Jay Sansone, courtesy of the artist

Another week is ushered to a close by a crop of new releases from all across the musical spectrum. Anaïs Mitchell‘s self-titled album is the first solo release in well over a decade from the award-winning songwriter behind the Broadway smash Hadestown; the record was produced by Mitchell’s Bonny Light Horseman bandmate Josh Kaufman. On IRÉ, New York’s Combo Chimbita meld their dynamic Afro-Caribbean rock with striking visuals in a sprawling multimedia collaboration with queer and trans performance artists. Nashville mainstay Ryan Culwell shows off his sturdy songcraft on Run Like a Bull, a ruminative set inspired by his childhood in the Texas panhandle.

St. Paul & the Broken Bones take their lively funk to intergalactic heights on The Alien Coast. Extreme Witchcraft, the 14th album by veteran alt-rockers eels, is Mark Oliver Everett’s first collaboration with producer John Parish since 2001’s similarly scuzzy Souljacker. Lady Wray‘s soulful style gets a retro makeover from members of The Dap-Kings on Piece of Me, her third solo album. Zach Condon collects early Beirut rarities and outtakes (including the beloved Lon Gisland EP) on Artifacts. PRESS PLAY on these new releases and more below…

Combo Chimbita – IRÉ
CHECK OUT: “Memoria” “Yo Me Lo Merezco”

Ryan Cullwell – Run Like a Bull
CHECK OUT: “All I Got” “Colorado Blues”