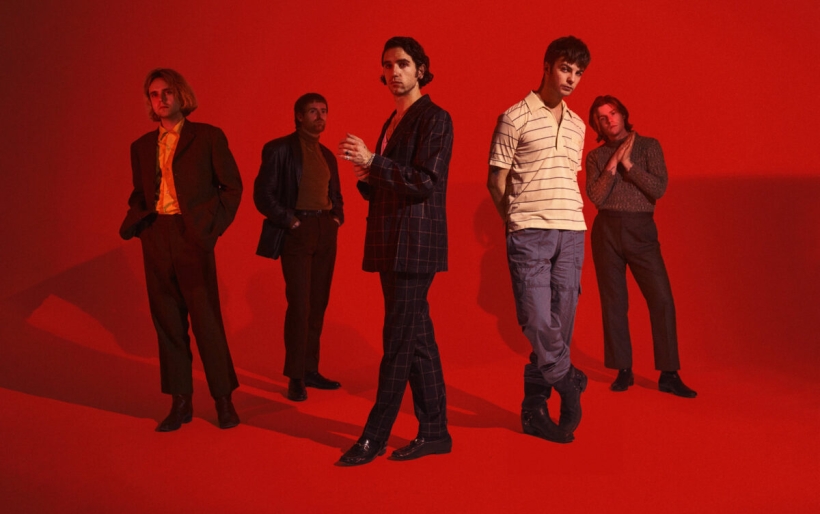 Today, Irish post-punk band Fontaines D.C. shares “I Love You,” the second track released from their upcoming third LP, Skinty Fia. The new record follows the critically-acclaimed A Hero’s Death in 2020, and sees the band coming to the US on a spring tour.

In the first “overtly political song we’ve ever written,” the band’s appreciation for beat-generation poetry is unmistakable in “I Love You.” The five-minute protest song describes being a young person in Ireland amidst great political uncertainty, and makes an impassioned plea for the object of songwriter Grain Chatten’s affections, his home country, to change for the better.

In the video for “I Love You,” Chatten locks in his message through direct eye contact with the camera. He paces through a candlelit church, and at the end of the video, clutches his chest as his t-shirt fills with blood. Watch below for the full effect. And find tickets for Fontaines D.C.’s show at Underground Arts on April 22nd at the XPN Concert Calendar.