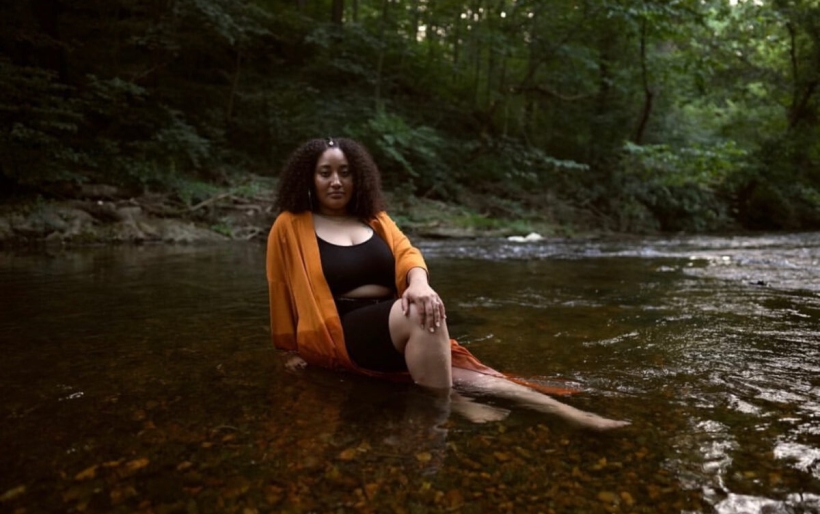 Give Them Their Flowers: Evita Colon on open mics, mixtapes, and poetry

One thing that artist who are based in Philadelphia learn is that the city will make you earn every applause you get. The city of brotherly love is known for its rich music culture but has a soulful grit that is challenging to win over. However, once you complete the challenge, what you gain is a crowd that will genuinely rock with you whenever you get on stage. That’s something Lancaster poet Evita Colon has learned during her time in Philadelphia. That tough beautiful Philly soul is what helped sharpened her skills as a performer and wordsmith, which is why I had to bring her in for the final episode of Give Them Their Flowers series.

According Evita, her influences start back as a child from her mother, who was a poet as well, and her collection of albums from artists such as Erykah Badu, Common and The Fugees that caught the attention of the young poet in the making. Since then she’s gone to many open mics in Philly like the legendary Jus Words to earn her stripes as a performer. Spending time at The Artistry Collective Studio also helped mold her into the recording artist she always wanted to be. Those moments led to the creation of her Black Herstory, Vol. 1 EP that included the song “Free” featuring Sinnia Brown produced by N Dot, which ended up making WXPN Best of 2021: Philly list.

During our discussion we talked about how the duality from legends like Lauryn Hill and Tupac influenced her to write her own truths and confident witty lines and why she appreciates the edgy soul that resides in Philadelphia.

…on her earliest influences.

First things first, my mom is the poet. She was really immersed in that whole Love Jones vibe in the 90s, she had all those albums. Baduizm, The Score, some of Common’s first albums. That whole neo-soul vibe. She had this box, this wicker crate, and that had all her music in it, and I used to take those albums upstairs to my room. I had a triple decked stereo that had the CD player, the turntable, and cassette player and radio on them. I use to take the albums and make mixtapes. Staying connected to what was going on in Philly at the time, a whole sound was being created, and I always felt connected to that.

…on finding the crossover between poetry and music.

…on the idea of being a “conscious rapper.”

One of the tightest verses by Lauryn HIll that I really love and keep close to me is from The Score, when she was with The Fugees, when she’s lie “And even after all my logic and my theory I add a ‘Motherfucker’ so you ignorant n___s hear me.” I love that line, because sometimes I feel like people put me in the “oh, she’s a conscious rapper.” And a lot of people don’t want to hear that all the time, and it goes over people’s heads. So a lot of times when I write, I’ll write in a way that can reach people in the hood, different types of people, cause I don’t want all this good knowledge to go over people’s heads, so let me talk to you in our language and our dialect so everyone can receive as well.

…on what she takes pride in about Philadelphia’s music and arts scene.

There’s so much soul in it. Even just being in Philly, living in Philly…it’s a different type of grit in Philly. There’s a different type of hustle, so if you go out to Philly, whatever you move to Philly for, you learn how to hustle different. You learn how to move different. And when people are creating, they’re putting that into their bodies of work. I’m not originally from Philly, but Philly is home for me because I grew as an artist when I was down there.