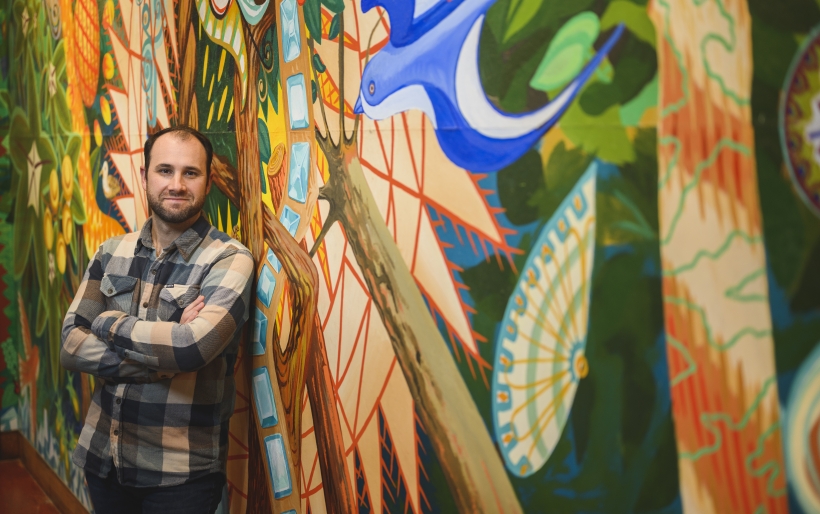 PHILADELPHIA (MARCH 24, 2022): WXPN, the member-supported, public radio service of the University of Pennsylvania, announced today that Mike Vasilikos has been named Midday Host and Operations Manager. Mike can be heard from 10 am ET to 2 pm ET weekdays on WXPN-FM.

Vasilikos, who joined WXPN in 2008, has served as Associate Program Director and has filled in for other WXPN hosts, including former Midday Host Helen Leicht. He also hosts 8 O’Clock News, WXPN’s new music show, on Mondays at 8 pm ET.

WXPN Assistant General Manager for Programming Bruce Warren said, “Mike is an invaluable part of the core team here at WXPN, both on the mic and behind the scenes. His love of music, and the keen insight and creativity he brings to curation and the music discovery process, is exceptional. Whether he’s filling in for the XPN Morning Show, afternoons, or any other show, WXPN members and listeners have come to love hearing him on the air.”

“To say I’m excited for this opportunity is an understatement,” said Vasilikos. “I fell in love with radio as a kid and this is truly a dream realized. Working alongside my friend Helen Leicht and the incredible staff at XPN, all true music lovers, has been inspiring. I’m excited to continue discovering and sharing music with the XPN community and to support all the incredible artists, locally and nationally, that have a home at WXPN.”

Prior to joining WXPN, Vasilikos (known as “Mike V” to colleagues), was Program Director at WTMD/Baltimore. A Garden City, NY native, he holds a bachelor of science degree in electronic media and film from Towson University. He and his wife Marian live in Glenside, PA and are parents to two young children.

WXPN, the nationally recognized leader in Triple A radio and the premier guide for discovering new and significant artists in rock, blues, roots and folk, is the non-commercial, member-supported, public radio service of the University of Pennsylvania. WXPN producesWorld Cafe, public radio’s most popular program of popular music that is distributed by NPR to more than 200 U.S. radio stations, and the Peabody Award-winning Kids Corner. WXPN serves the greater Philadelphia area at 88.5 FM, the Lehigh Valley at 104.9 FM, Worton/Baltimore at 90.5 FM, Lancaster/York at 88.7 FM, Harrisburg at 99.7 FM, North Jersey/Poconos at 91.9 FM, and the world via online streaming at www.XPN.org.​ The WXPN app brings all of WXPN to any mobile device. WXPN producesXPoNential Radio on XPN2 as its secondary radio channel in HD, also available online. www.xpn.org.