Just the Beginning: The making of “Unlooting” with Dec4 - WXPN 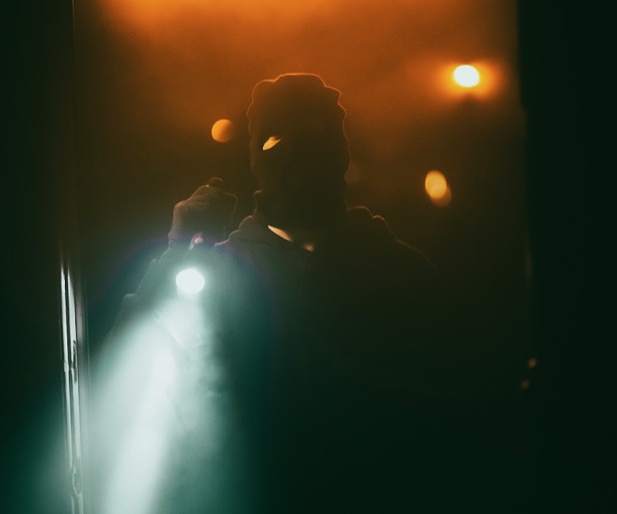 Just the Beginning: The making of “Unlooting” with Dec4

Dec4 AKA Justin Zugerman has been a fixture in the local music scene here in Philadelphia for over a decade, starting out in the band Sensory Whore.

Watching the sunset on a Malibu beach, just a day after shooting the video for his new single “Unlooting,” Justin Zugerman — the person ultimately behind Dec4 — sat feeling strangely optimistic about the future. Zugerman has been a fixture in the local music scene here in Philadelphia for over a decade. Starting the band Sensory Whore, which later became known as Oxygen&Light, he’s a veteran of Philly’s performance scene.

When he decided to venture out on the Dec4 project, he aimed originally to not have his actual appearance involved at all. He wanted it based solely on the music. That has drastically shifted with his latest effort, “Unlooting,” where he takes a starring role in the new video. I sat with Justin and spoke with him about how the video came about and just how his sound from the initial Dec4 EP has evolved.

Josh Leidy: So, you started on the music scene here in Philly in the band Sensory Whore correct, around what year?

Dec4: Yes, we started around ‘04 maybe ‘05. It was a revolving number of members as we went. We recorded numerous demos and did countless shows as the band changed over time. It’s funny, early on you think we’ll be on a major and touring the world in no time. But as you get on the scene and you see these amazingly talented artists, some classically trained, and they are still grinding years in, it makes you re-evaluate where you are. Musically as well as performance-wise.Honestly, the first ten years of the band, really made me work, to be a better vocalist, be a better songwriter, a better bandmate, how to collaborate better. It was training to be a better artist overall.

JL: The music you’re working on now is under the moniker Dec4, can you tell us about this project and how it came about?

D4: Yeah, well it’s basically a solo project, but in a way it isn’t because I value collaboration so much. This kind of started back in 2011, when I started doing demos over other artists beats. Kind of forming a musical identity separate from my band. I didn’t feel sonically the band was as much in line with what I wanted to do. I still loved making music with those guys, I just felt working on some personal stuff gave me another outlet. I’m a big Wu-Tang and Portishead fan I like music that sounds really cinematic and at that point the band was doing some stuff like that but it was still very guitar and keyboard heavy, not as much electronic. When we actually started to move more in that direction as a band, and actually had an album’s worth of music we hit a slow down as people got married and got mortgages, and then L&I closed down the building our studio was in and it really put us on pause. So I took some of the Dec4 demos I had been working on for the last year, mostly with Philly producer Rolled Gold and a song produced by Kilamanzego. So wile everything else was on pause I locked in and dropped the original Dec4 EP on December 4th 2019.

JL: How has the project evolved since the first EP?

D4: It’s funny, so I actually originally planned on releasing [and then] lining up some shows a few months after its release, but then of course 2020 happened. So as I like all of us suddenly had more time on my hands I decided that if I wanted to keep moving forward with Dec4 I wanted more of the production to start with me and samples I was doing on the 404. What I realized was I had been building up a collection of samples from years with the band that we hadn’t used and I had actually been building the library of sounds that I wanted. They had the cinematic feeling I was looking for. Found a lot of ethereal and surrealist sounding samples and it really hit what I was looking for. So it was then on me to get more comfortable with the 404 and really dig in on chopping and getting things in time, as opposed to just pulling sounds I liked. Then I started collaborating with Chris Grau from my band Oxygen&Light and Kidko Vega and Chris Casino who I’ve know since high school, and they really help hone in the sound and what I was looking for, and bring them up to the level I was looking for this project. Honestly without those guys and the folks at Spice House, the stuff I’m working on now including the new single and video “Unlooting,” wouldn’t be possible.

JL: You say you want your music to be very cinematic, and I would say your new video completely fits the music with visuals that are big in scope. Can you tell us about how the whole thing came about?

D4: Originally I planned to reach out to some people I had worked on other videos with before, but timing just really wasn’t working out. And with the pandemic and just being stuck inside for so long like so many of us, I was going a little stir crazy. So I was thinking with wanting to get out of Philly for a bit and needing to shoot the video, I started looking for people in LA I could possibly work with. I found this guy Arreola through social media and really felt his visuals really worked with the music. So I reached out figuring if he can pitch me on an idea that could work I was gonna do it. After a couple days of messaging back and forth he came up with something I thought really nailed it.

JL: So Arreola came up with the concept for the video?

D4: Yeah, I came into it with the idea that I wanted it to reflect what my life would have been if I continued to make the life choices I did in my early 20’s, so when he came with the narrative of sleeping in dirty hotels and breaking into houses and fleeing with the getaway driver in LA crime story type thing I was in. Because I am really grateful to be where I am and collaboration with the people I am. I may not be where I exactly want to, but there was another path I could have taken. This whole music thing for me is a celebration of life, that’s why the whole project of Dec4 is named after my birthday. I don’t want to take things for granted.

D4: Definitely, I mean this was my first time in LA, hell really the west coast period. It was my first time on a plane in over a decade so just trying to navigate that during a pandemic was a lot. But overall in all came together in about a month from me first reaching out to storyboarding it, to flying out and shooting the video. And being out there I’ve become very infatuated with LA. I was little uncomfortable at first when Arreola sent me the treatmen because my original plan for Dec4 was on some MF DOOM stuff and not wanting to show my face. But in the end I’m really glad I trusted him and his ideas. 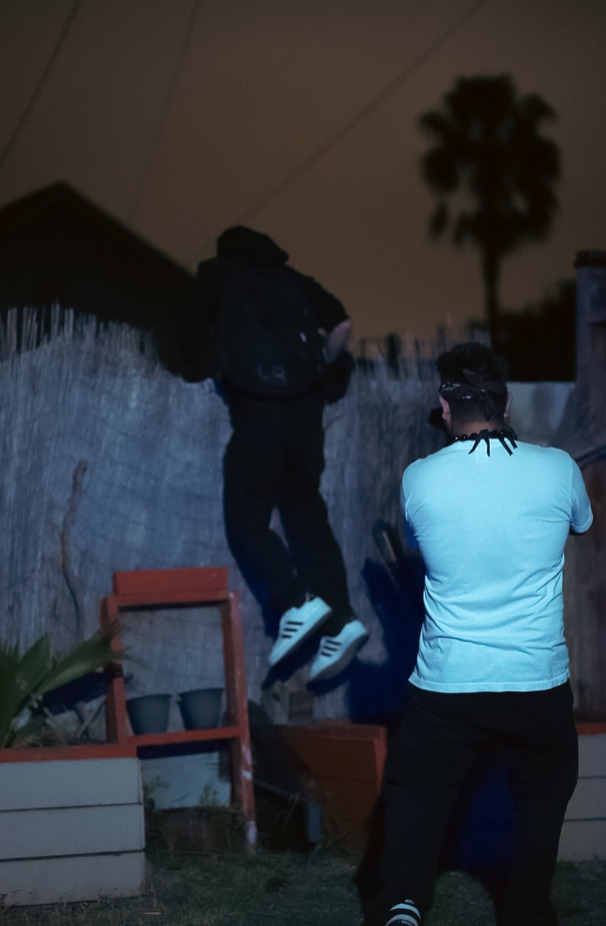 JL: What has been the reaction to the video so far?

D4: It’s been really good, definitely the best reaction to what I’ve done so far. But yeah, its been really positive and for me that is big, because I don’t think I’m exactly where I want to be overall as an artist but this has been a good sign I’m moving in the right direction.

JL: What can we exect from Dec4 going forward?

D4: Working on more music and hopefully figuring how live shows will work with Grau, Vega and Casino. That’s the goal for this year.

JL: Where can we find more of your stuff?

D4: I have a Bandcamp where you can purchase my stuff that’s Dec4 on Bandcamp, and my music is up on all the streaming platforms. And you can keep up with me on IG  @zu_wear and TikTok @dec4music I’ll be posting some behind the scenes stuff there of working in the studio.