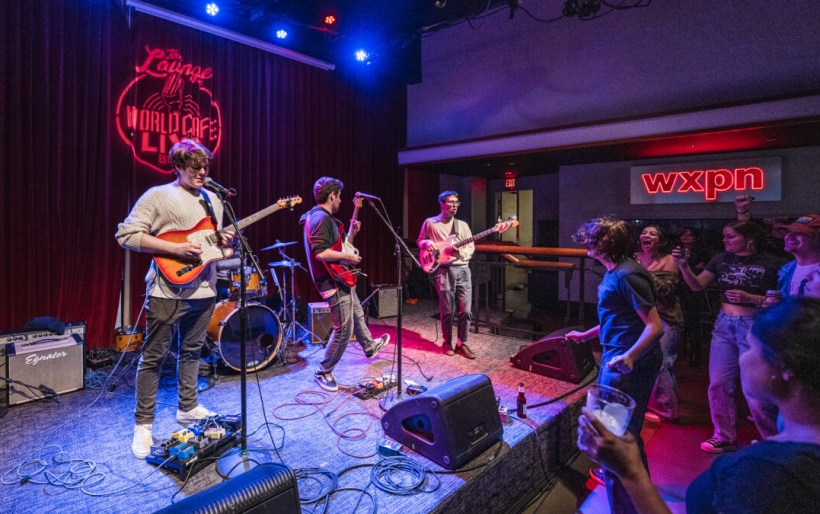 On Tuesday night, World Café Live was packed with fans — from across the country, around the globe, and right here in Philly — to see Beach Fuzz, Gabi Gamberg, and Alex the Astronaut.

Last Tuesday night on Walnut Street, the upstairs Lounge at World Café Live was packed with fans for a great lineup of musical talent — from across the country, around the globe, and right here in Philly.

Solo singer-songwriter Alex The Astronaut from Sydney, Australia took the stage first with just her guitar and a microphone, gracing the audience with gentle feel-good music. Alex performed a stripped-down version of her hit song “I Think You’re Great” which she and her band have played for the a Triple J studio session back home in Australia. She finished her set with “Happy Song” while fans followed stage directions to bring the room together singing the “doo-doo” chorus as one big family of friends and strangers. 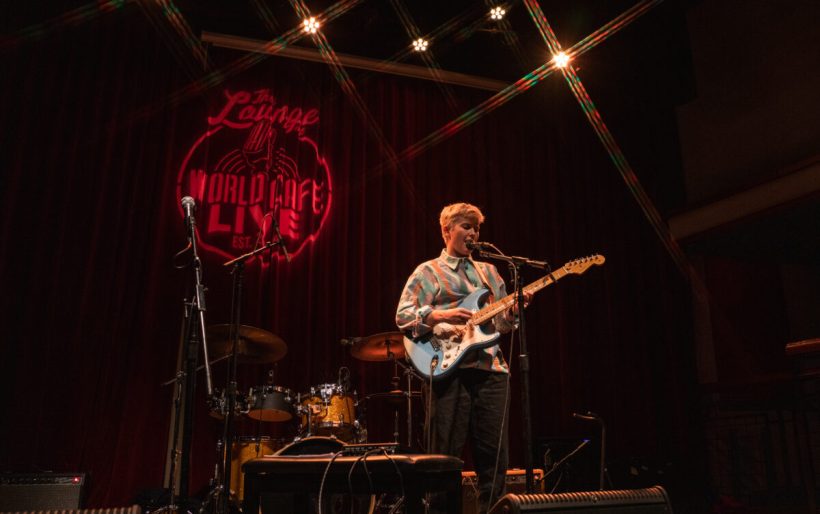 Alex the Astronaut | photo by Dylan Eddinger for WXPN

Next on the lineup was the LA-via-Philly artist Gabi Gamberg and their bandmates Gavin McGinn on drums, Hudson Pollock on guitar, and Wallace Petruziello on bass. This young group of indie-pop-rockers changed the environment of the upstairs lounge. The music was loud, and fans were front and center dancing and jumping along to the music making it feel like a basement show, in the best way possible. Their chemistry and energy on stage was reflected well in the band’s live sound which also seemed to have punk-rock deviations from their EP Crisis Kit. The performance was killer and I anticipate Gabi Gamberg will become a name that will grab Philly by the heart in the near future. 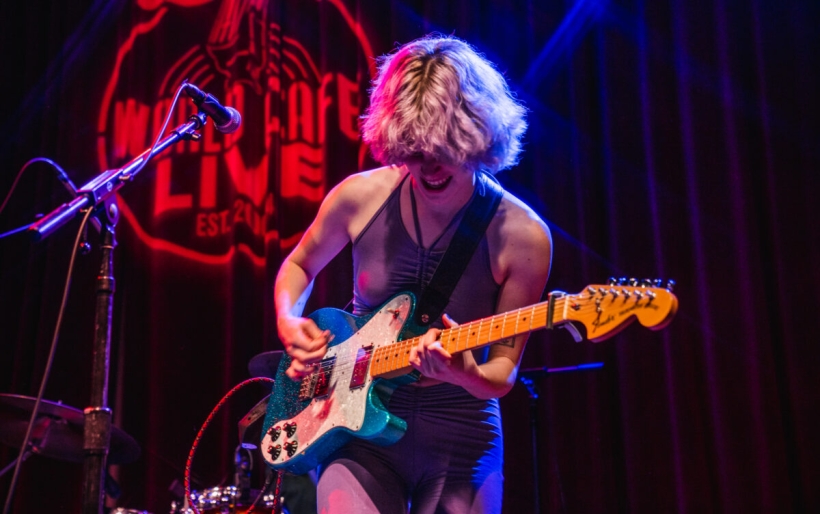 After Gamberg’s set, headliners Beach Fuzz took the stage setting the tempo with their 2020 single “Talking.” Beach Fuzz consists of vocalist/guitarist Ross Aronow front the band, backed by John Crane on the drums, with Eric Juelke playing lead guitar, and Jack Veneri laying down the bass guitar. On stage you can see and the connection of the group as they smile and groove to the fast beats which sparks the audience to do the same. Towards the middle of the set, fans were in awe as they broke out into an unexpected cover of “Mind Mischief” by Tame Impala. Other notable tracks include “No Direction” off 2021 EP Losing Touch which, was represented on WXPN’s Best Albums of 2021 list, plus the 2020 single “By The River” and “Moving.” The set ended with a dance party of folks singing and spinning around to their TikTok viral hit song “Casual Encounters” leaving the fans wanting more. After a quick band meeting and the influence of the chanting crowd, Beach Fuzz closed the evening with a rare performance of “Join The Club” off their Casual Encounters LP. 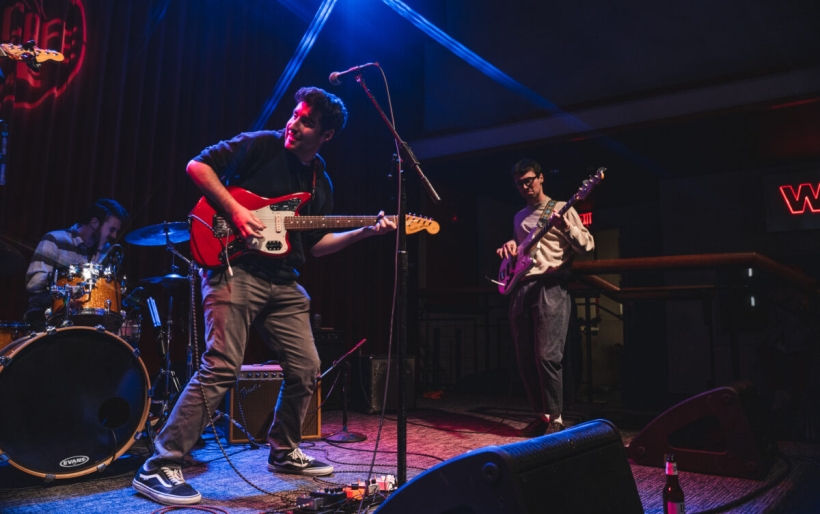 Beach Fuzz will be playing in Philadelphia again on April 15th at Ortlieb’s and at the Grape Room in Manayunk on April 23rd. The band is constantly working on new music and plans to release a new single sometime soon in the Spring.