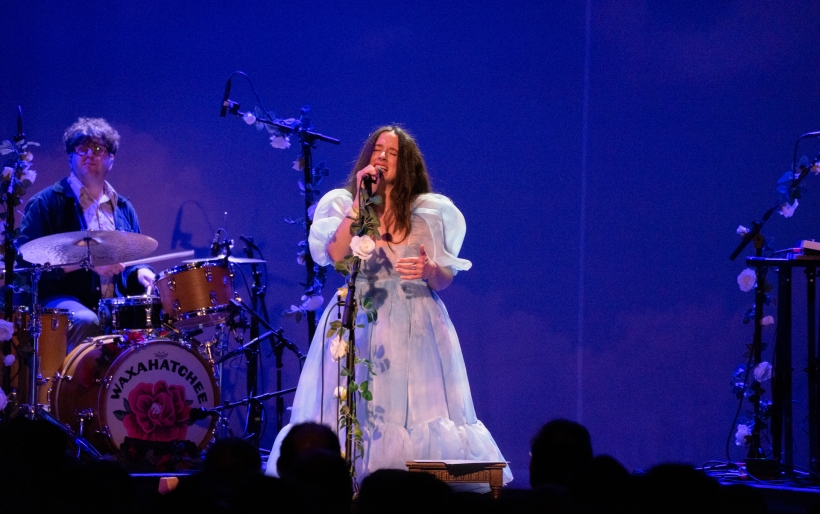 Waxahatchee’s Katie Crutchfield told Union Transfer that these two sold-out Philly shows are her way of making up for time lost, enjoying this incredible release both with us and for us.

My favorite shows are almost always homecoming shows and I feel really lucky to have been able to see Katie Crutchfield bring Waxahatchee back to Philly for their second of two nights at Union Transfer before she and the band embark on their celebratory tour for Saint Cloud, two years after the fact.

The stage set last night was reminiscent of a 1960s broadcast, and the band — featuring Dr. Dog’s Eric Slick on drums — was dressed in pastels, staggered in front of a powder blue backdrop covered in dreamy white clouds to match the album cover. Crutchfield confidently helmed the stage like a modern version of June Carter Cash. She effortlessly eased her band into the slow-burning album opener, “Oxbow,” and as the verse bled into the chorus, I realized that she brings a level of power and self-assurance to the live renditions of her songs that I was just not prepared for. Moments that were breathy and reserved on the recording were belted through live as if it were no big deal. To me — it was a big deal. Few artists sound better standing in front of me than they do on their records, but Crutchfield absolutely, without a doubt, does. 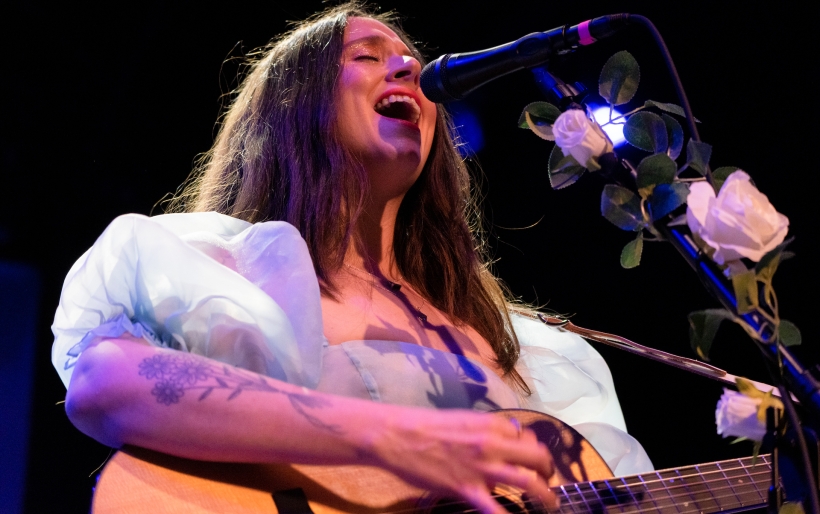 The band swiftly played through “Chapel of Pines” off the Great Thunder EP, and that repetitive “Will you go?” chorus transfixed the audience in a meditative refrain. “Can’t Do Much,” “Recite Remorse,” and “The Eye” followed, along with a brief pause to reflect on Crutchfield’s ties to our city. “Philadelphia was home to me for a long time — it still feels like home to me.” As she said, these two sold-out shows are her way of making up for time lost, enjoying this incredible release both with us and for us.

I hadn’t realized just how much Saint Cloud means to me, but I’ve been here with it since the very beginning. It was my pandemic release. Out on March 27, 2020, at the peak of realization that things were not going back to normal for a long time, this album was an embrace of solace. It’s so beautifully written and played, and the recorded songs felt appropriately mournful. So when Crutchfield and the band leaned into “Hell,” more up-tempo than the album version, I realized how transformative and healing Saint Cloud had been for me, and how good it felt to hear these songs out loud, in a new way. This show felt so celebratory, with the music keyed up and excited because we were finally here. That was an important moment, and “Hell” in particular was an important song.

The re-release of Saint Cloud features a cover of “Streets of Philadelphia” by Bruce Springsteen, which Crutchfield dedicated to the 76ers last night. The second half of the set featured the other two covers on the +3 re-release, Lucinda Williams’ “Fruits of My Labor,” and Dolly Parton’s “Light of a Clear Blue Morning,” which she ended the night with. 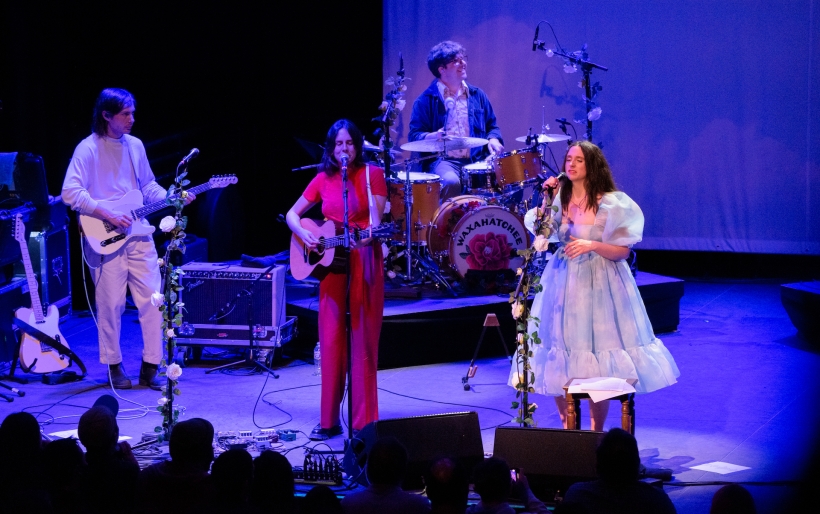 Opener Madi Diaz also rejoined the stage to sing her song “Resentment,” which she and Crutchfield had released a rendition of earlier this year. She was the perfect choice for an opening act. Though they shared similar styles, Madi Diaz brought pop and light humor to her set — a closing cover of Vérité’s “Think of Me” in particular — striking an apt balance to the heaviness of Waxahatchee’s lyrics.

Crutchfield saved “St. Cloud” for just about the very last moment, and I don’t think a single person in the room made a sound. That was the first song I remember hearing from the album, and it’s been special to me ever since. She paid that pivotal title track the respect it deserved, opening the verse with just an acoustic guitar before the emphatic, slow-burning build. It was the perfect goodbye to the album.

Waxahatchee is touring through the year, playing West Virginia tonight, and will be joining HAIM, Jason Isbell, Sheryl Crow, and Ohmme for select dates.