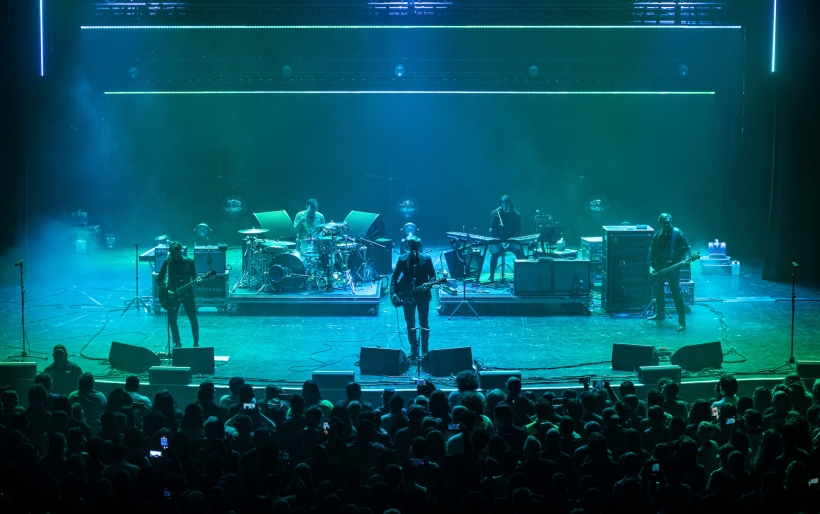 Interpol headlines an invigorating show to The Met Philly

The post-punk revivalists headlined alongside captivating sets from tourmates Tycho and Matthew Dear.

The last time I saw Interpol, they had just spent a few days trapped in their tour bus during a blizzard. The energy they exerted during that set was amazing – an exuberant celebration of their freedom from an unnerving experience. Where that show felt like they were playing for themselves, however, the set at The Met on Friday night felt like they were playing for us. A celebration of our freedom, as fleeting as it potentially may be, and a brief chance to feel normal, despite “normal” having mutated in to an entirely new amalgamation of ideas and practices. It kind of felt like 2018, but with masks.

We may not have the luxury of going back, but Interpol is not held to the same standards, and they have a vast catalogue of amazing post-punk revival songs to pull from. Not many bands can boast that they made one of the most important albums of a decade, but Interpol can, and they reminded us with set opener “Untitled” from Turn On The Bright Lights. The soaring guitars gave way to the funky bass line of “Evil”, which then gave way to the lumbering new track “Fables” as Paul Banks cried out over the audience “I have forsaken you all.” Not exactly the kind of jovial lyrics one would expect to restore vitality, but it certainly invigorated the audience. The atmosphere throughout was lively as they barreled through a healthy set of old and new material. 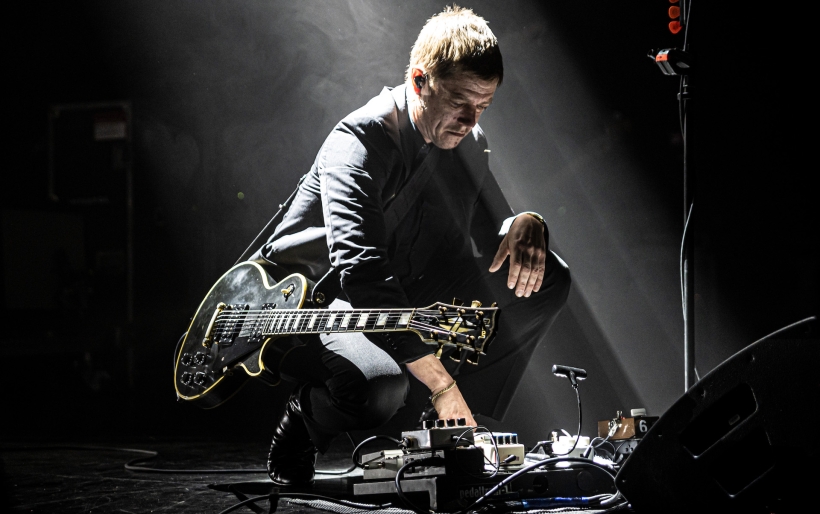 Tycho isn’t the first act that I’d guess would be opening for Interpol, but after witnessing the bill firsthand, it makes a lot of sense. Tycho’s ethereal instrumentals often evoke a wistful feeling. An elegy for an idealized version of the world where everyone has access to a nice, sunny beach. Set opener “Glider” revels equally in rhythm and reverb drenched shimmering synth lines. Songs like “Epoch” and “Hours” filled the air with soothing electronic sounds that crash like waves across the collective consciousness of the audience, while the thudding rhythms and shoegaze inspired guitars of “Slack” kept us all in motion. 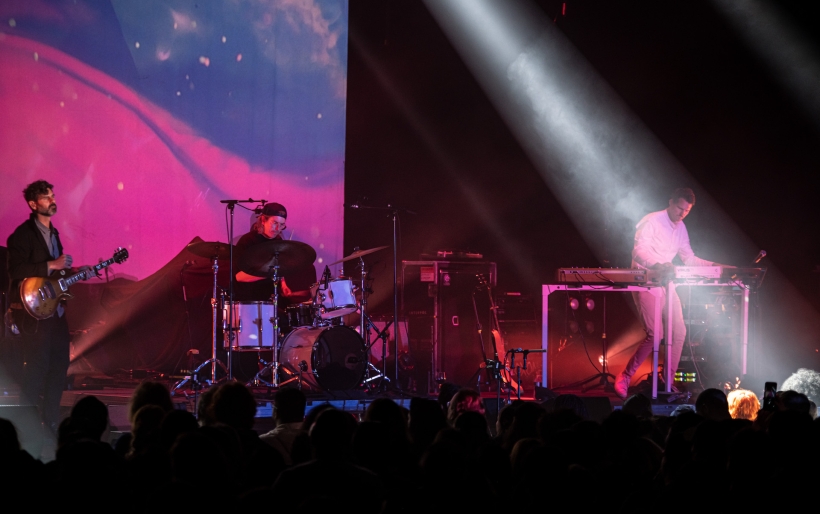 Matthew Dear is no stranger to touring with Interpol (and he was a longtime label mate of Tycho) so it was a fitting way to kick off the night. His baritone voice creeps its way around inside your head as he croons over his unique brand of enigmatic, pop-infused techno. Highlights were “Honey” and “Slowdance” from his monumental album Black City. He has an enthusiasm for sound crafting that can feel disconcerting and approachable at the same time.

The whole night felt like a bit from Inception. Waking from a bad dream, but maybe not entirely 100% positive that we’re awake yet. This may be just another layer in the dream, but at least, if only briefly, we were on reprieve from a nightmare, and we got to feel a little bit normal