In This Together: Dave at the TLA - WXPN 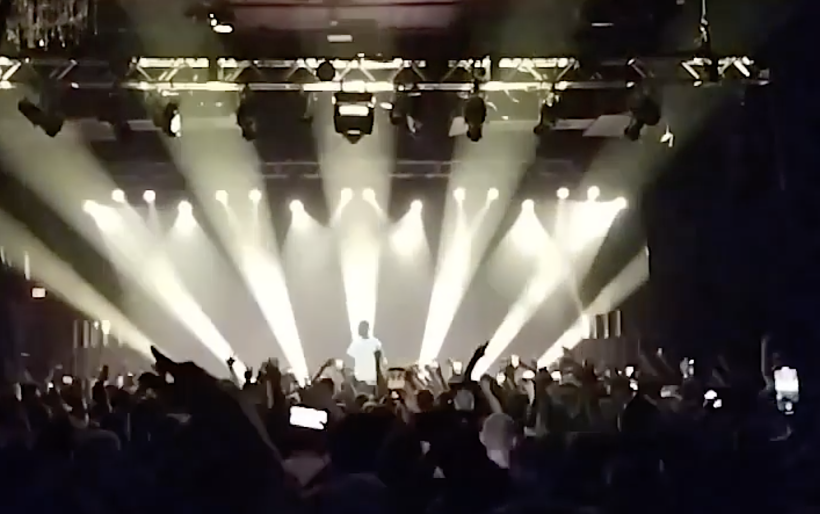 In This Together: Dave at the TLA

The rising star out of London’s inventive hip-hop scene played to an energized Philly audience this Sunday.

The British rap scene has exist since the mid 80’s with London Posse, and has had some breakthrough crossover artists reach the states, but not til the rise of Grime that more of their artist and sound has started making serious dent in the American scene. Enter Santan Dave — or just Dave, an award-winning artist who first got on my radar when two of his songs were featured on the soundtrack for the show Top Boy, in which he also starred as Modie. But he’s been in the mix since 2016.

With the release of his newest project We’re All Alone In This Together comes his tour in support of it, and in Philly he made a stop at a packed TLA on Sunday. As Dave took the stage, he said he wanted a party atmosphere while letting people know who he is. Opening with “We’re All Alone,” the first track off his latest release, Dave let the audience in and told them where his mindstate is. As he went through his set, the crowd was into it — maybe a little too much, as pushing soon began from some in attendance. Dave quickly paused his set so security could clear it up before someone got hurt. As the rowdy attendee was escorted out, a rousing football chant of “wanker, wanker” followed him.

As Dave then took back the show, a chant for “Thiago Silva” started and Dave asked the crowd if that’s what they wanedt to hear referring to his classic from 2016 with AJ Tracey. He then asked a few people in the crowd show if they knew AJ’s lyrics and brought one fan on stage to do AJ’s parts. The lucky fan hit every part like he was part of the show and the audience ate it up.

After that, Dave went through a bunch of his hits including “Starlight,” and “Wanna Know” — then even slowing things down and showing off his piano skills that he’s studied since a child, and breaking out his guitar that he’s been studying for a year. As the show wound down, Dave dropped “Location,” one of his biggest songs, then praised the insanely lit Philly crowd and compared them to London; he promised to return soon before closing his set with his lastest smash “Clash” featuring Stormzy, wrapping an amazing night with one of the brightest young stars out of the U.K.