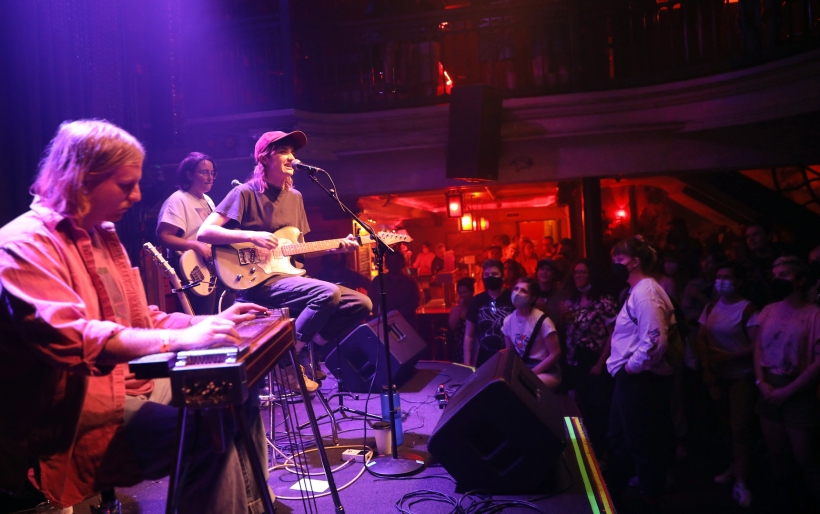 The Philadelphia band sounded full of poise and gorgeous simplicity as they played their new album to a warm Johnny Brenda’s crowd on Monday.

Sadurn shined Monday night in a release show for their debut album Radiator, which came out May 6th on Run For Cover. The Johnny Brenda’s bill got luckily rescheduled from a few weeks ago after Sadurn’s Jon Cox came down with COVID – it’s been a tense month as many musicians have found touring and gathering increasingly unsafe this spring. According to Cox, “the show felt surreal in the way that a lot of COVID events have felt, where you sort of feel like you’re existing in an alternate timeline if you are part of anything that actually ends up happening.” Amid the uncertainty, it felt so special to hear these rising locals share a new album alongside their old friends The Afterglows and Shannen Moser. 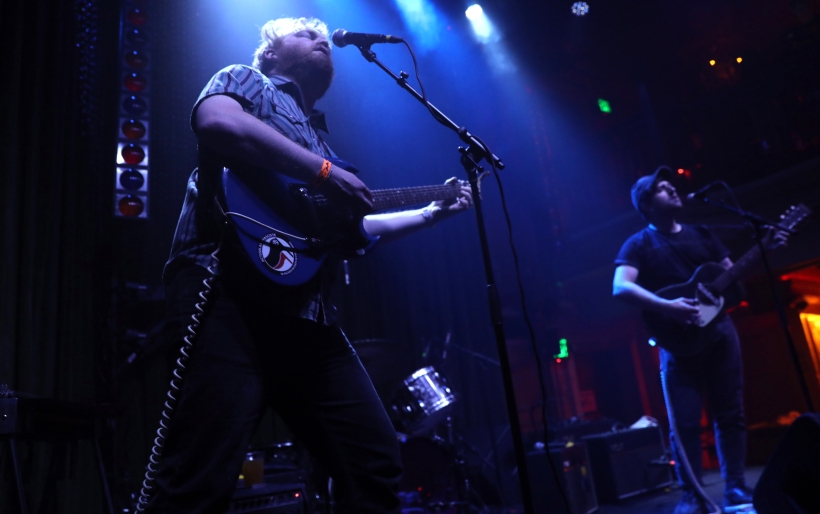 The Afterglows | photo by John Vettese for WXPN

Up on the balcony, my friend and I were grateful for the moments of intense quiet that came over the crowd, as all the night’s musicians dug deep into their own kind of calm and focus. The Afterglows brought rich duets from their 2016 debut plus this year’s The Sound of the Afterglows. Bandmates Michael Cantor (of The Goodbye Party) and Sam Cook-Parrott (of Radiator Hospital) took time to thank Sadurn’s G DeGroot for their years of support on the Philly scene, including a night they rolled up to a near-empty Afterglows show with twelve more friends in tow. Shannen Moser, too, gave gratitude for years of fellowship with everybody on the bill, back to shows in 2016 and 2017 that felt “like a lifetime ago.” Solo, their voice rang out like a bell, timeless and disarming, on old songs and some that come soon – even one about petting horses at soccer practice. 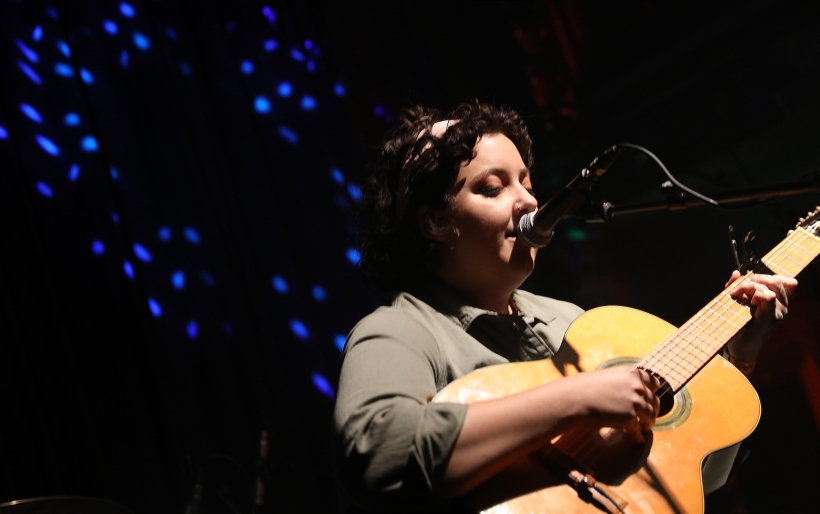 And Sadurn gave all the love right back, breaking out seven songs from Radiator, full of poise and gorgeous simplicity. Cox’s pedal steel, beginning quiet like lamplight on the title track, grew and grew to leave the whole crowd beaming. Amelia Swain also especially sparkled on the drums, poised, pressing her brush carefully to the skin of the snare to build warm and buzzing grooves on “special power” and “the void / Madison.” Between songs, singer/guitarist G DeGroot called Moser and The Afterglows major influences on their own songwriting, and bassist Tabitha Ahnert recalled how they and DeGroot “used to cover all their songs” when they started singing together in Sadurn. Years later, their two voices in close harmony on songs like “golden arm” always end up highlights for me. DeGroot gave extra thanks to Heather Jones, a local audio engineer and another close companion, who recorded Radiator and – only by chance – worked her first night running sound at JB’s on this very show.

The four adoring friends ended with lead single “snake,” rocking forever until the crowd roared to demand an encore. I was honestly surprised to see them oblige at the end of a tough and precarious night, but so, so grateful they invited Shannen Moser back to the stage for a cover of Songs: Ohia’s “Just Be Simple,” orange and seering. Sadurn calls Ohia’s catalog a strong influence, and their tough cover felt conclusive, but at once held the promise of so much more that might come. 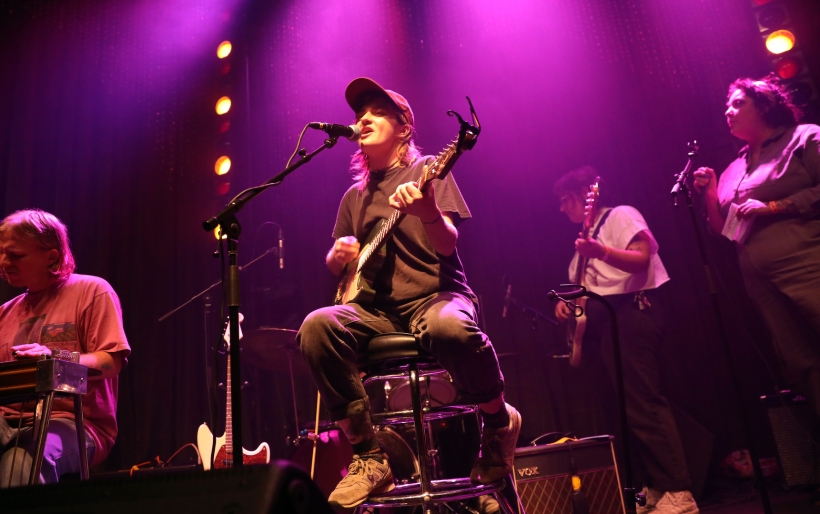 Sadurn will appear on WXPN’s Key Studio Session this week, and then joins Hop Along, Horse Jumper of Love and Babehoven on shows around the US this summer, and another one of their favorites, Alex G, at Philadelphia’s Union Transfer this November. Below, find photos from Monday’s beautiful show and footage of the band performing three Radiator songs in a friend’s barn near New Hope, PA. The Afterglows’ latest came out in February, stay tuned for a new Shannen Moser record soon to come.