Even Deeper: Nine Inch Nails takes fans on an unpredictable ride at The Met Philly - WXPN 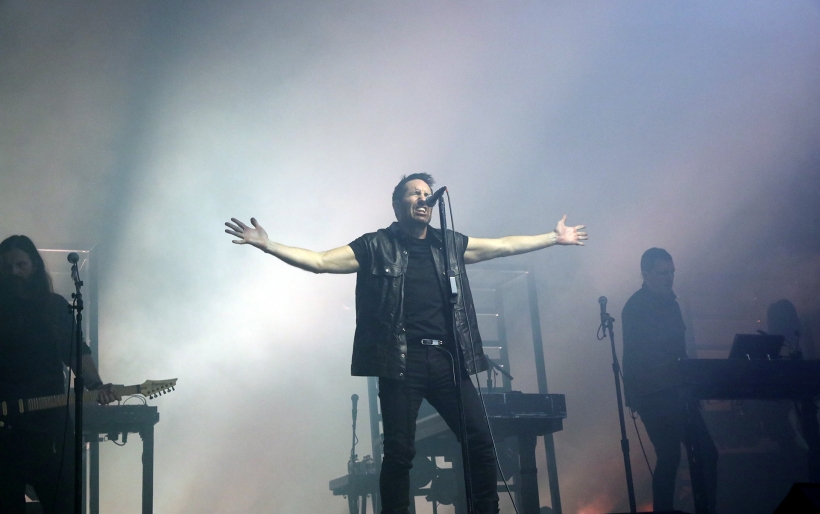 Even Deeper: Nine Inch Nails takes fans on an unpredictable ride at The Met Philly

The industrial rock icons played a career-spanning set for round one of their two-night stand in Philly.

The thing about a Nine Inch Nails tour in 2022 is this: Nine Inch Nails doesn’t need to exist, per se. Frontperson and mastermind Trent Reznor spent the aughts and 20-teens diversifying his creative output, reinventing himself and his creative partner Atticus Ross as award-winning composers for film, television, and video games; the haunting soundtrack to Damon Lindelof’s acclaimed HBO series Watchmen is but one recent example of how their unique approach to tone and mood, melody and dissonance can connect in all manner of settings. Between those gigs, and a robust back-catalog, the idea of NIN as an actively touring and recording concern seems…antiquated. Which is exactly why they’re making their best work and playing their best shows right now.

Nine Inch Nails doesn’t need to tour — so by the very act of going out on the road and booking gigs in intimate (for them) settings, like their two-night stand at The Met Philly this week, they make it clear they very much want to tour, and they’re going to go all in. Same with their most recent new music, the cathartic trilogy of EPs that began with 2016’s Not The Actual Events, continued with 2017’s Add Violence, and concluded with 2018’s Bad Witch. Reznor and Ross had plenty other stuff going on, they didn’t need to make those projects — they had a creative itch to scratch, they felt compelled to put them into the world, and the result is Nine Inch Nails’ best music in over a decade, three punchy collections on par with their classic Broken EP, individually and collectively surpassing most of their full lengths of the 21st century.

Last night, round one of Nine Inch Nails’ Philly stop showed that the trusting-your-instincts, following-your-muse approach results in terrific concert setlists as well. “We’re gonna do what we feel like tonight and see where it leads,” a warm and chatty Reznor told the crowd before launching into “Even Deeper,” a chilling album track from 1999’s The Fragile that resulted in cheers from surprised fans; this crowd was going to get deep cuts, they were going to get new material, they were going to get hits, and they were going to love the lot of it. 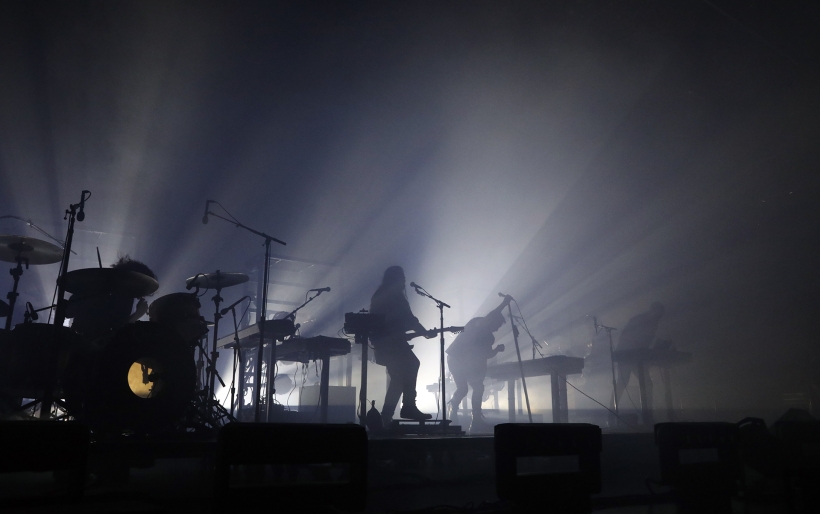 Using the sublime saxophone swirl of “Subterraneans” from David Bowie’s Low as their walk-on music, the band started the night with two ragers from their early aughties era — With Teeth‘s “Home” and “The Beginning Of The End” from Year Zero. From there, it was a throwback to The Downward Spiral, with the classic “March Of The Pigs” into “Piggy” pair-off. Were there any concern at this point that this setlist might overly linger in Nine Inch Nails’ 90s alternative era, that was quickly squelched with a stirring performance of “The Lovers” from Add Violence, followed by a pummeling “Copy of A” from 2013’s HesitationMarks, with the heart-racing “Ahead Of Ourselves” from Bad Witch not far behind — that last one gave the rhythm section of drummer Ilan Rubin and bassist Alessandro Cortini a workout and then some.

This was the unpredictability of last night’s setlist; Nine Inch Nails danced across eras, not lingering on any spot too long — three songs was the most performed from any one album, with a strong middle section focusing on the band’s output of the last 15 years. Watching the ever-commanding band leader Reznor break out a saxophone for a chaotic performance of 2018’s “God Break Down The Door,” then hearing how well it sat adjacent to 2005’s pensive “Every Day Is Exactly The Same,” and further still alongside 1999’s funky-explosive “The Big Come Down,” showed how unified the NIN catalog is, even when it travels down divergent paths stylistically.

Last night also showed Reznor and the band’s skill at packaging strong blocks of songs — like the set-closing triad of “Gave Up,” featuring searing vocals from longtime guitarist Robin Finck, into the darkwave dancefloor banger of “The Hand That Feeds,” into the band’s first hit “Head Like A Hole,” which had the venue absolutely electrified. For the encore, Reznor said “I’m about to get real intimate here, if you’ll let me,” and went on to set remarkable moods with Broken‘s instrumental “Help Me I Am In Hell” alongside the dynamic deep track “And All That Could Have Been,” into a tragic-euphoric “Hurt” to end the night. 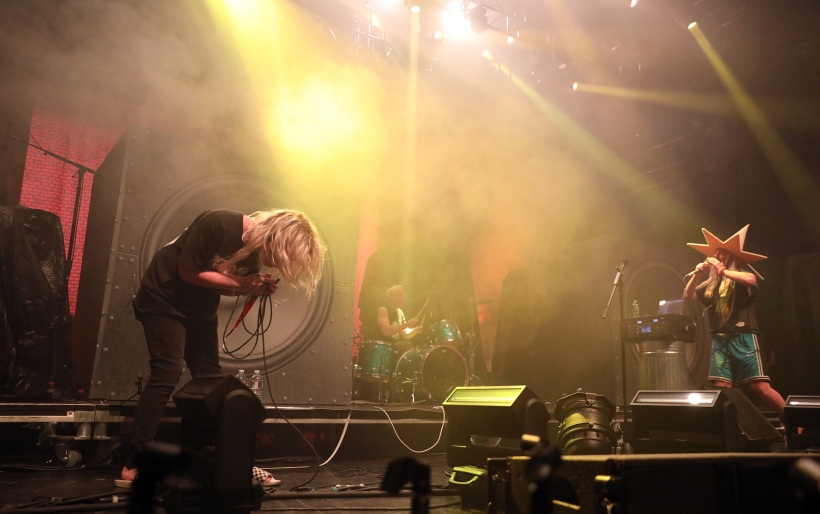 Opening the concert was 100 gecs, the Los Angeles hyperpop duo of Dylan Brady and Laura Les, who showed approximately why that genre is called what it’s called. Their set was definitely polarizing; between Brady’s bizarre pylon/star hat, the wizard robes he and Les wore upon entrance, and the mix of shrill synth atmospheres and buoyant pop energy, grumpy oldheads in the back could be heard remarking “An auto-tune band opening for Nails? What the FUCK.” But the if you rolled with the absurdity of it (the pairing, the band in general), 100 gecs was actually quite fun — “Doritos & Fritos” and “ringtone” were delightfully silly, while the skittish synthscape “hand crushed by a mallet” and the riff rocking “Hollywood Baby” (punctuated by NIN affiliate Josh Freese on drums) were legitimately solid jams.

Below, check out a gallery of scenes from the concert. Nine Inch Nails returns to The Met Philly tonight for a very sold out night two.