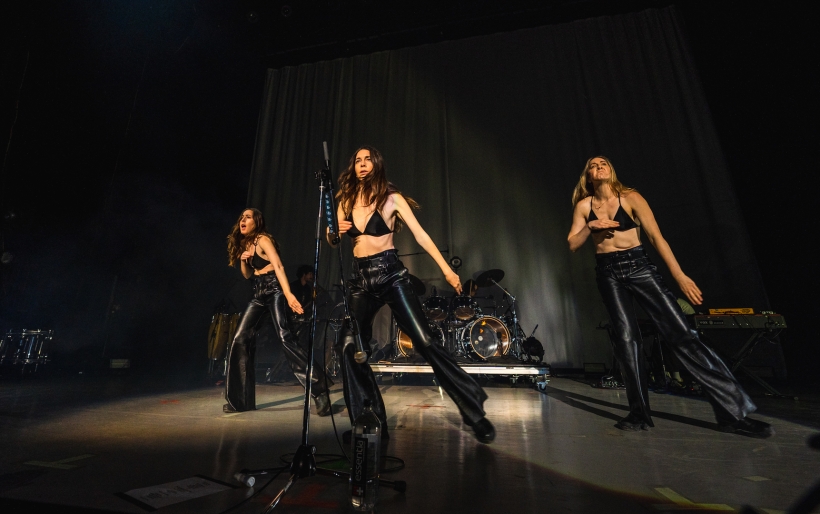 HAIM brings ‘Women In Music Pt. III’ to The Mann

After some flash storms in the afternoon, the weather broke into a beautiful evening for fans to gather at The Mann Center to see the Los Angeles sister trio band HAIM on their One More HAIM tour. When the lights went down, a single spotlight landed on Danielle Haim headbanging on the guitar-centric “Now I’m In It,” a hit bonus track off their latest album, Women In Music Pt. III. Before the final chorus, each of the three sisters alternated solos on a single drum before coming in unison to close out the first song. Rolling off that energy, the trio turned The Mann’s auditorium to the dance floor by implementing a choreographed dance in their matching attire during “I Know Alone.” Those were just the first two songs, but you can clearly see their relationship on stage is more than just bandmates; their sisterhood shines through the way they sing, smile, and laugh with each other — and with the audience, who reciprocated the same energy.

Before the playing “Gasoline,” Este and Alana engaged in some friendly competition to determine which sister buys breakfast in the morning by having Danielle on drum split the crowd down the middle and had each fan-side sing for the bill. (I hope Este got a delicious Middle Child Corned Beef, Egg & Cheese out of that one.) Midway through the evening, Danielle, Alana, and Este came together to mellow the tempo with an acoustic set, keeping on theme with the familial ties, by playing “Hallelujah” into “Leaning on You” and reflecting on their shared experience with an unprofessional and demeaning interviewer on “Man From The Magazine.” Overall, 14 out of the 16 tracks were performed from Women In Music Pt. III leaving out only “All That Ever Mattered” and “Another Try.” 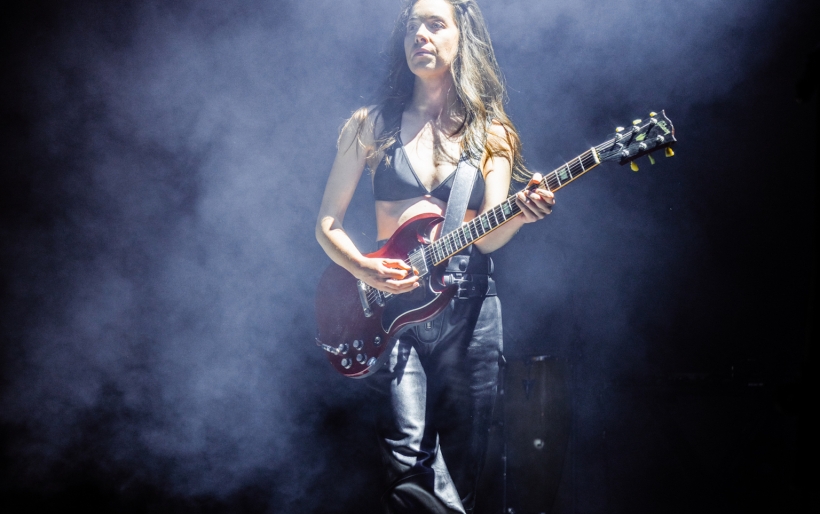 Following the applause for “Don’t Wanna,” the sisters took a moment to reflect on their first time playing in Philadelphia at the Tower Theater, and honored “The most amazing woman from Philadelphia” before welcoming their mother to the stage for a special tribute to Daryll Hall & John Oates by performing “Rich Girl” where the voices of crowd could have carried all the way down to William Penn atop City Hall.

They closed the show with the soft grooves of “Summer Girl,” another bonus track from Women In Music Pt. III, bringing the house together with the sweet and simple “do-doo” lyrics before coming back for an encore with their 2013 hit “The Wire,” followed by a confetti shower to “The Steps”. Check out photos from the show below; HAIM continues their tour through the USA and will be spending one month this summer touring through Europe, playing festivals like Glastonbury Festival, Mad Cool Festival in Madrid, and Rockslide Festival in New Zealand.