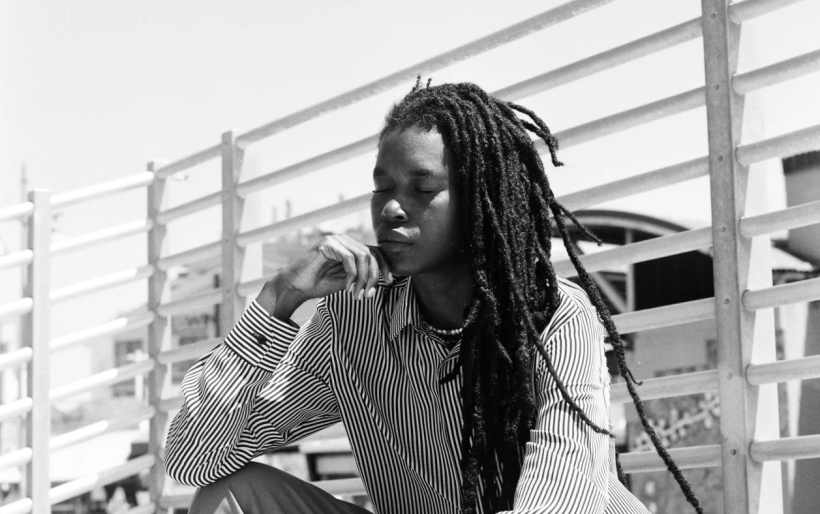 The Philly-rooted artist and educator’s latest offering, due in July, is an 18-track journey of electronic beats, analog instrumentation, poetry and melody.

After making the move to ANTI- Records last year with the swirling and sublime Black Encyclopedia of the Air, Moor Mother is back this summer with a what is being billed as a companion album. Jazz Codes, out next month, is a collection of poems set to music, honoring jazz and blues legends like Amina Claudine Myers and Mary Lou Williams. The teaser track “Woody Shaw,” released last week, is a stream-of-consciousness riff on the life of the late trumpeter in a unique style that finds analog instruments — including a bass part played by Shaw collaborator Henry Franklin — mixing with electronic textures, and Moor Mother’s spoken word verse complimented by serene vocals from Melanie Charles.

In the song’s music video, which you can watch below, Franklin says “Woody Shaw was an innovator, and sometimes innovators don’t get their just due. But they should. But he’s known by all musicians — all jazz musicians know him and respect him, and they know he was a BAD man.”

In a statement from her label, Moor Mother says “IT’S POETRY THAT DRIVES THIS ALBUM – THE STORIES OF THESE ARTISTS AND COUNTLESS OTHERS NOT NAMED BUT FELT – IS THE LEADING MOTIVATION. I WANTED TO HONOR & GIVE OFFERINGS – HOLD THEM IN MY BODY DREAM WITH THEM – SEND SWEETNESS.”

Jazz Codes is out July 1st on ANTI- and can be pre-ordered here. The album features collaborations between members of her free jazz ensemble Irreversible Entanglements, notably saxophonist Keir Neuringer, as well as other Philly-rooted peers like Orion Sun and Justmadnice on vocals and Mary Lattimore on harp. A handful of European shows are on Moor Mother’s plate this year, but what will really keep her busy is a new gig in academia; she recently relocated from Philly to Los Angeles to teach composition at the University of Southern California’s Thornton School of Music.