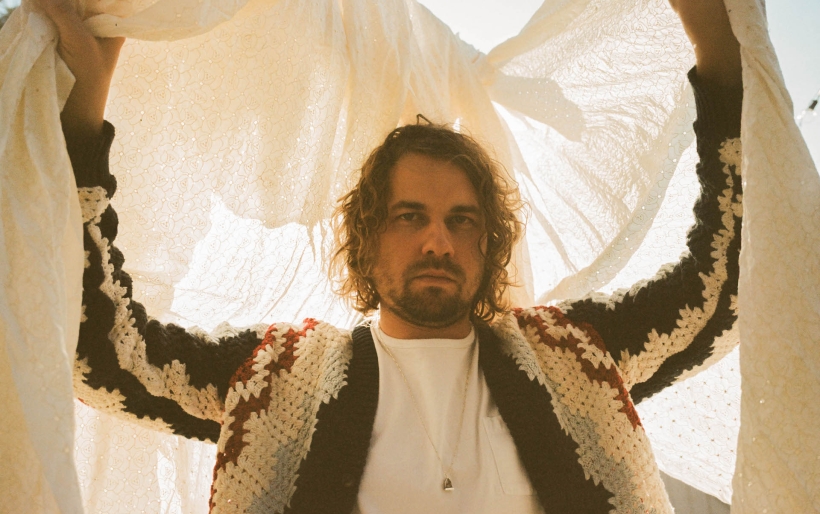 Morby’s usual alternative rock sound fits very well for a song like “Dolly” and the headlines that follow this cover helped to generate buzz for both him and Whack.

Coming out of left field, Kevin Morby covered “Dolly” by Tierra Whack for SiriusXMU. Most listeners know Whack for her wacky brand of R&B and hip-hop but her song “Dolly” from the EP POP? features a country instrumental under Whack’s beautiful voice. So hearing Morby covering a Whack song was something to take note of. Morby’s usual alternative rock sound fits very well for a song like “Dolly” and the headlines that follow this cover helped to generate buzz for both him and Whack.

Morby kept the country direction but instead of an upright bass and banjo-like in the original version, he opted for a simple fingerpicked guitar part accompanied by either a pedal steel or a violin drenched in a spacy reverb. The song is simple, only clocking in at a little over two minutes but the story Whack is telling is done very well in the short time.

While it is far from a story hidden behind complicated metaphors, Whack has someone in her life she feels guilty about not giving them enough time. Singing “You say I need to prioritize, but

Understand that my career’s on the line, yeah.” Anyone can relate to being too busy for someone you care about but it seems like she is referencing how hard it is as an artist to maintain relationships. Being in the spotlight is a 24-hour job and over the past 100 years of celebrity culture we have seen so many divorces, mental breakdowns, and other public outlashes due to the pressures of being famous. While being a musician is a dream for many people it easily can turn into a nightmare.

Both Kevin Morby and Tierra Whack will be in Philadelphia soon. Tierra Whack is performing as part of the Adult Swim Block party on August 6 at the Filmore and Kevin Moby will be playing Ardmore Music Hall on October 25.