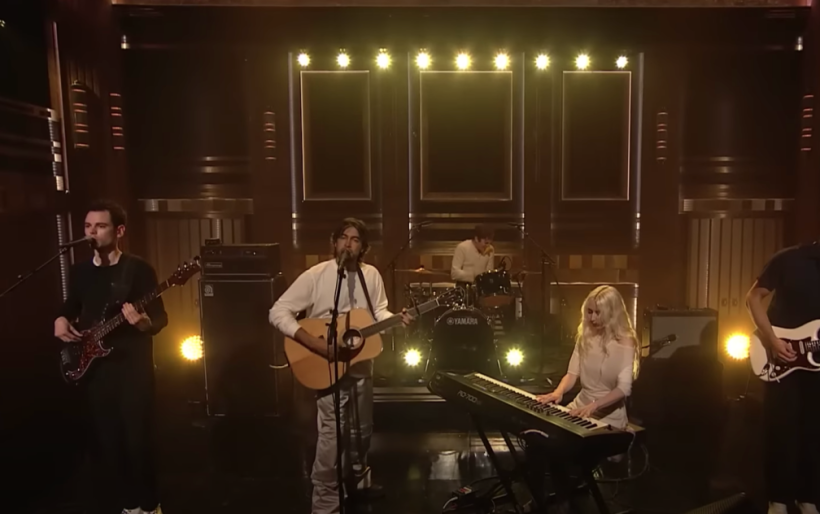 The Philly artist shows the late-night TV crowd what he is capable of.

Alex G made his late-night television debut this week, playing “Runner” on The Tonight Show with Jimmy Fallon on July 18th. It’s the second single from his upcoming record, God Save the Animals, out September 23 via Domino Records.

On this monumental night, Alex treated the audience with a quick record-accurate rendition of his latest single. The direction his sound is taking shows a mature evolution of Alex G’s lo-fi roots; the weird and outsider lyrical content is still on display, but he is exploring concepts that are much more introspective and accessible. He reflects the thoughts of anyone about to enter into their third decade on the earth well but also makes it relatable to anyone.

The first few lines have Alex opening up about the darker aspects of his mind. Trying to explain how the intrusive and /or somewhat off-color thoughts he may have should not reflect badly upon him because his actions have good intentions. There also is the angle of how this relates to the title “God Save the Animals” – is he talking about his relationship with religion and how he feels it punishes people for what they think more harshly than what people actually do? And (without turning this into an essay on the church) is he commenting on the hypocrisy of the “rule enforcers” being bad people behind closed doors?

But even if all this hypothesizing is barking up the wrong tree, the song is still wonderful. The repeated descending vocal run during the lines “but judge me for what I do” and “baby you don’t tell nobody” hits your eardrums just right, along with the beautiful instrumentation both on record and during the Tonight Show performance. My only gripe may be with Sam Acchione’s somewhat frivolous guitar lines, but the way the performance was mixed may just be what makes them stand out more than they need to.

The direction this new album seems to be going has anticipation high, and could be the record to put Alex G on the map in an even bigger way, with its accessible and developed sound breaking down any hurdles listeners may have with Alex’s more experimental earlier work. Watch Alex G on Fallon below, and get tickets and more information on his Union Transfer double-header at the WXPN Concerts and Events page.