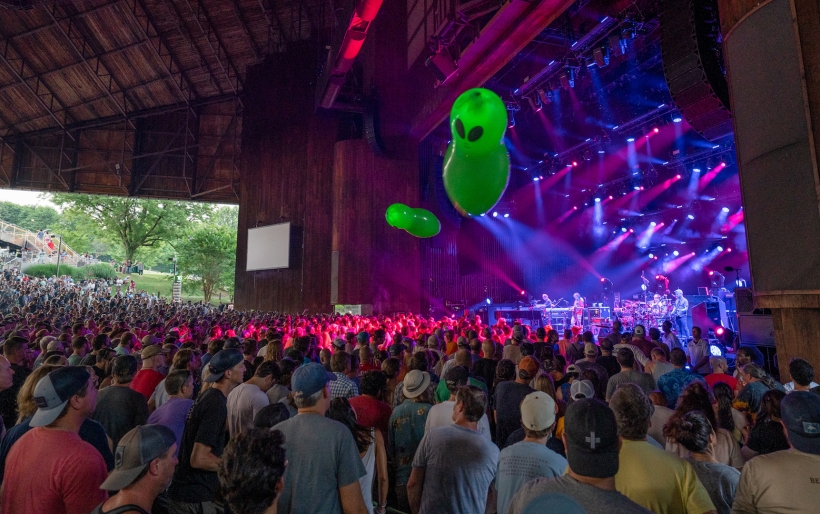 Last night, the jam-rock veterans Phish made their return to the The Mann Center, six years since their last Philadelphia city-limits summer tour performance, and it was an electric first night of two sold out shows.

The four-piece band took the stage and prepared fans take off to space with an a cappella version of David Bowie’s “Space Oddity” before launching the rocket with “Martian Monster” followed by “Halley’s Comet.” Looking from the pit, fans were packed under the pavilion and stretched beyond the lawn all the way to the spin-zone dancing to grooves of fan favorites “Stash” and “The Moma Dance.” Towards the end of the first set the group laid down some bluegrass with “Old Home Place” cover by The Dillards. 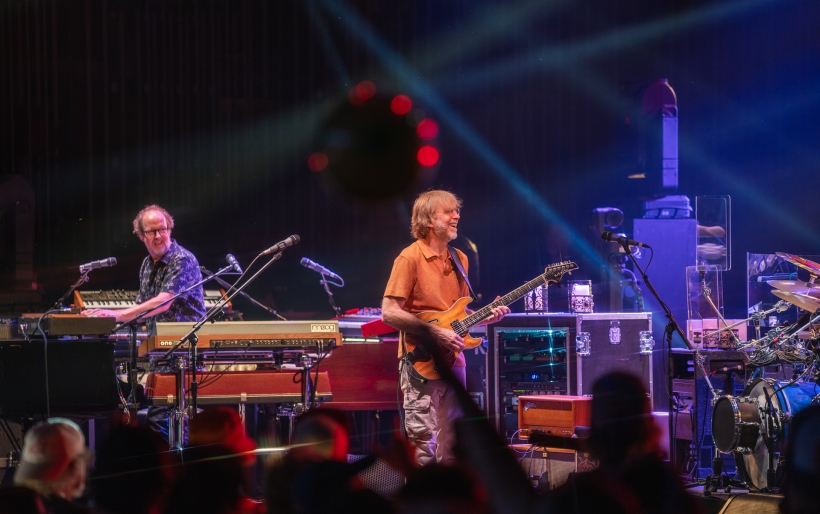 The second set came in hot with “More” off their 2016 release Big Boat and starting the first of four performances of “Tweezer” throughout the set. Up on the balcony, the structure shook from fans swaying to the cover of The Talking Heads “Cities” and continued for the remainder the set while the band weaved in and out of “Tweezer.” Notable tracks include Jimi Hendrix’s “Izabella,” which had elements mashed with the third “Tweezer” of the evening, their own “Mercury” (which has been in rotation since 2015) and “2001” nodding back to first set’s “Space Oddity” and “Martian Monster.” For the encore, the band came out with Trey Anastasio’s “Drift While You’re Sleeping” before sending the audiences home with the anticipated “Tweezer Reprise” to close the second set Tweezerfest.

Phish continues their tour with another sold-out show tonight at the Mann, and then up to Bethel Woods for two nights Friday and Saturday. The band will return for the second summer in a row to Atlantic City Beach for three nights the first weekend of August.