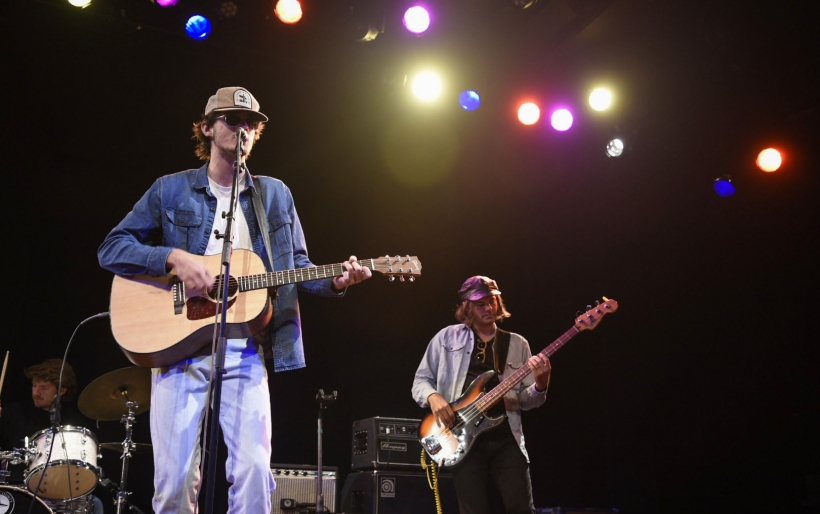 Calder Allen has made an impressive selection of songs for only picking up the guitar during the COVID pandemic.

From the baby in their carrier with ear protection to the man with his monkey hand puppet, the crowd was extremely receptive to the country sounds of Calder Allen during his first Free at Noon performance. Hailing from Austin Texas, Calder Allen has made an impressive selection of songs for only picking up the guitar during the COVID pandemic.

At only 19 years old he has been able to play at Austin City Limits and has a set planned for Lollapalooza in Chicago this summer. Plus, his debut record, The Game, which was produced by Charlie Sexton of Bob Dylan fame.

To set aside singing his praise for all he has accomplished, Allen’s music is just as impressive. His country sound goes beyond the normal “bro country” you may expect from a younger artist and modernizes the classic country sound.

During his song “Crush” the busy drum grooves and tasteful chicken pickin’ tele playing provided Allen with a country backdrop to whisperly sing about a potential lover lost. Not because of his own doing but because of how she acted. The ending really tugs at your heartstrings with lines like “Well, goodbye baby; So long darling; Farewell my beautiful; I’ll remember you, this is what I must do; Hope you know that this kills me too (yeah)” being repeated until the song closes.

Calder Allen - "Show Me The Way"

Another huge highlight was the closing song “Stone” whose grand orchestration and long runtime gives it an interesting epic rock opera feel. Especially with the multiple solo sections by guitarist Billy Cassis. To repeat again his guitar style and playing was very refreshing and while he was not reinventing the wheel his playing was exactly what you wanted to hear. The talent of many of these country and Nashville musicians is mind-boggling, their dedication to the craft of country music allows them to play to the songs insanely well.

If you didn’t get enough of Calder Allen today he will also be at Ardmore Music Hall tonight with Don McCloskey + Chris Kasper. The show starts at 8:00 so hurry on over to the WXPN Concerts & Events Calendar for more information.