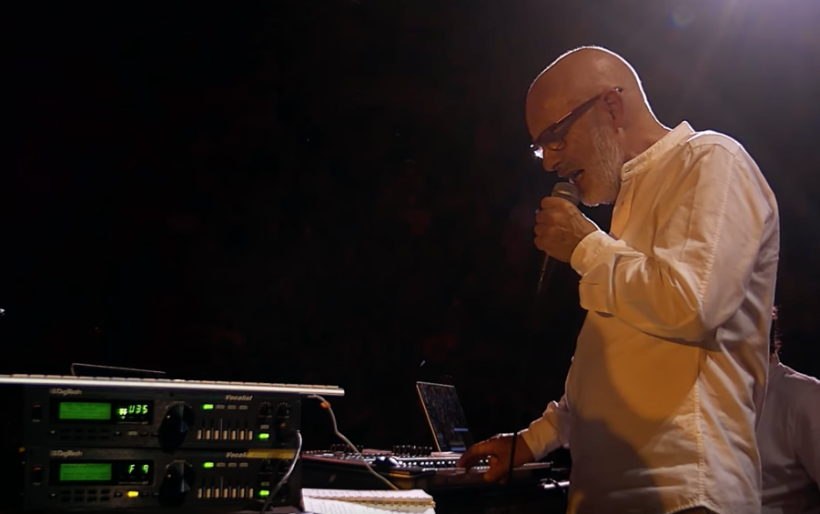 It’s the return of the ambient music pioneer.

Brian Eno needs no introduction, and he is back with his first solo record in five years — and his first vocal record in 17 years. Titled ForeverAndEverNoMore, it is ten songs long and releases on October 14th. The lead single “There Were Bells” was written in 2021 for a performance at the Acropolis; the accompanying music video features B-roll of the Acropolis and musically matches the tranquil environment.

Brian Eno’s large catalog of original material and features on numerous other artists’ records is staggering and pretty much anything released from him worthy of your ears. Regardless of how much you enjoy ambient music — and there is not much to really knock it for besides its lack of traditional song forms — any musician can appreciate and feel inspired by the beautiful compositions. For newbies, some highlights from Eno’s career include his early work with Roxy Music, his 1975 LP Another Green World, collaborations like vintage ones with Robert Fripp (No Pussyfooting) and more recent work with Underworld’s Karl Hyde (Someday’sWorld), and anything he did with Talking Heads — but especially “Listening Wind” from their album Remain in Light.

Going into Eno’s  with an open mind can lead you to many amazing projects; putting your thoughts on an ambient record is a bit hard, but allowing yourself to be consumed by the sounds and treat it more as an experience will definitely bring out the most of the pieces we expect to hear on ForeverAndEverNoMore, which you can pre-order here.