Remember Sports plays its first show since 2019 at PhilaMOCA - WXPN 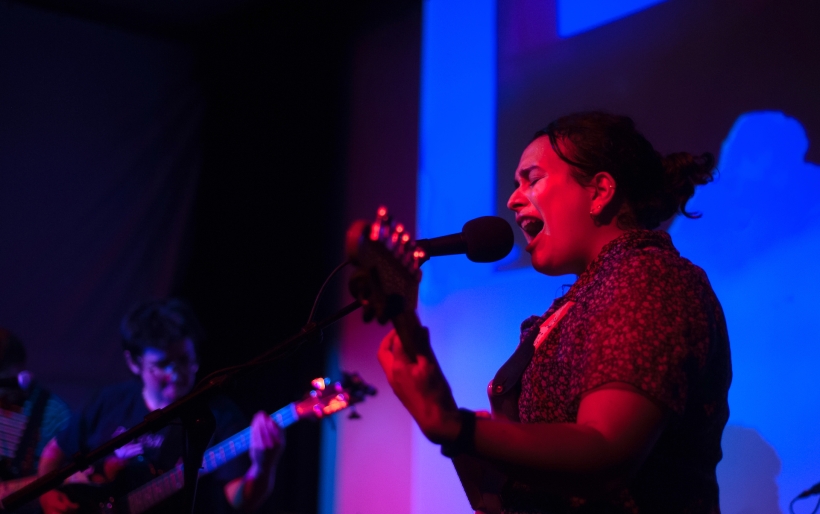 Remember Sports | photo by Will Kirkpatrick for WXPN

Remember Sports plays its first show since 2019 at PhilaMOCA

It was approaching the three-year mark since West Philly indie rock outfit Remember Sports last played in front of an audience, but all that changed with the announcement of three shows in August along the east coast plus a rescheduled European tour. Philadelphia was blessed to be their first show back, and you could tell anticipation high. The sold-out hometown show is one massive way to return, a whole room filled with people listening to every single note played. But before the main event the humble and somewhat elusive 22° Halo played.

Will Kennedy is the lead singer and main creative force behind the hazy sounds produced by 22° Halo. Kennedy also runs the local label Sleeper Records which, according to Twitter, “is artist-friendly and not for profit, dedicated to giving our friends/talented creators the audience they deserve.” The five piece band played a short but sweet set of songs from their 2021 record Garden Bed. 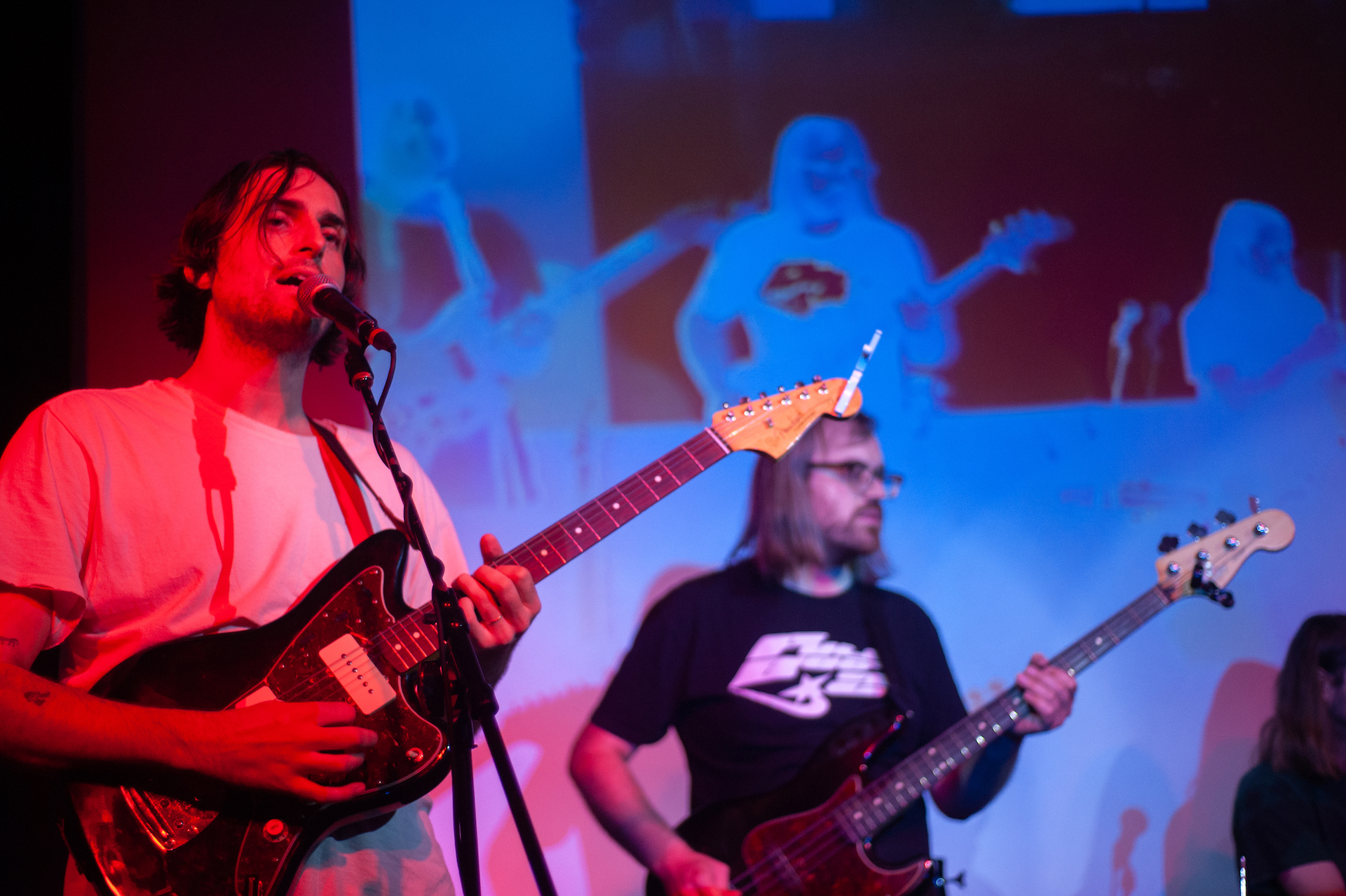 22° Halo | photo by Will Kirkpatrick for WXPN

There were no metrics on how much of the audience were fans of Kennedy’s and unfortunately this might have not been their best introduction. When the music you play is slower, and somewhat low-energy, it is hard to sell yourself to new listeners in the live setting. Regardless, being able to see songs that have been in my heavy rotation for almost a year live was great; even with the frequent and somewhat dragged out tuning interludes between songs.

As the second song “Scarecrows” inched closer to the end and the familiar transition from that song to “Storm” on the album began to form but an unfortunate applause put a slight speed bump between the two tracks. “Wranglers in Blue” also shined last night, this longer track with an extensive jam allowed the band to take a breather and be able to really mesh together. But the common theme of nervous energy between 22° Halo and Remember Sports sets made for an interesting show. 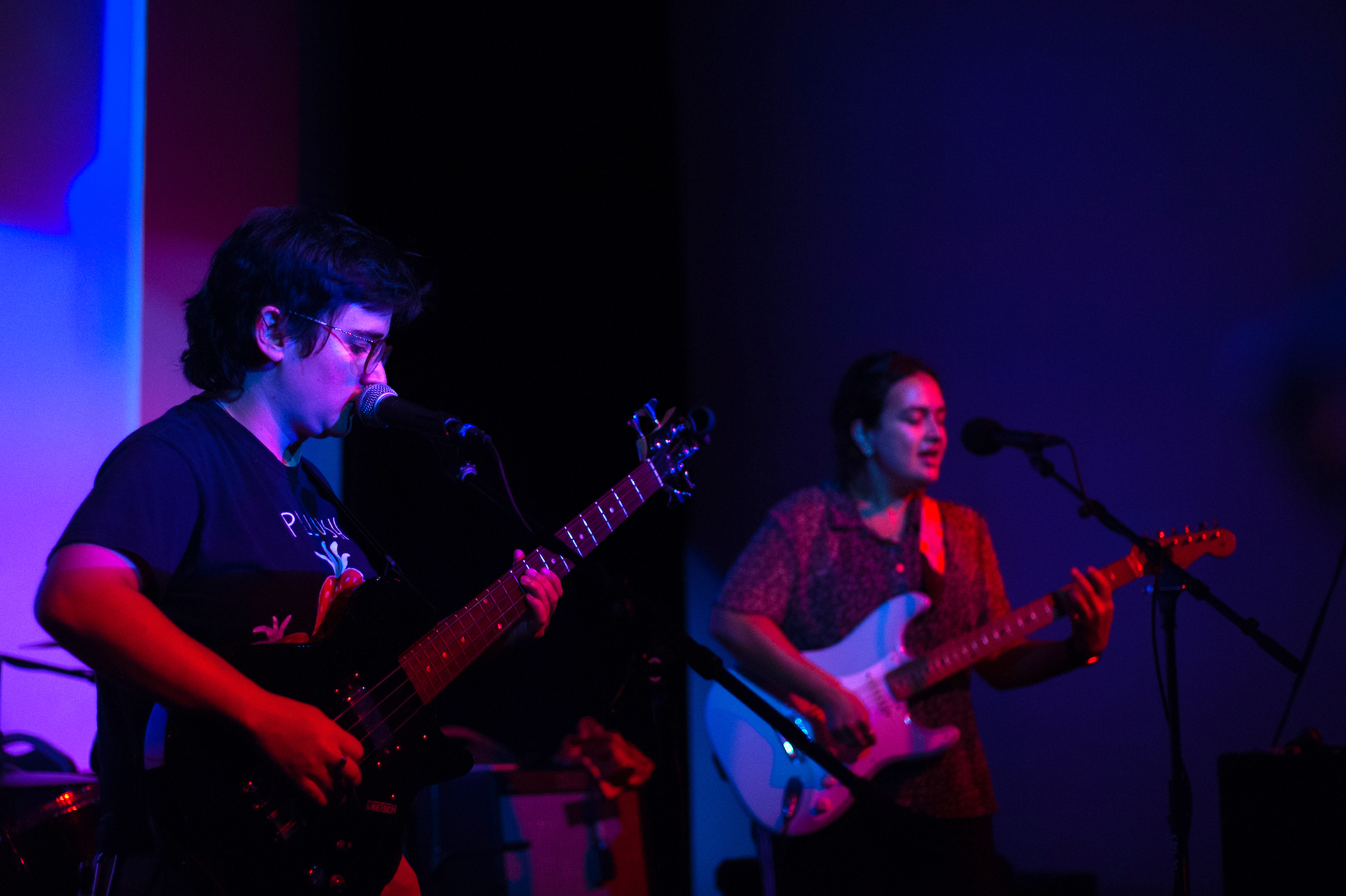 Remember Sports | photo by Will Kirkpatrick for WXPN

With the room slowly filling up more, it was time for the return of Remember Sports. Longtime bandmates Carmen Perry (guitar), Catherine Dwyer (bass), Jack Washburn (guitar), were joined by recent addition Connor Perry (drums), comprising the “new” Remember Sports. Their “new” record Like A Stone, released in early 2021, shows that they are not finished yet. Between the heat sweat being mopped up by a promotional Sixers towel and various glances and “I’m ready” remarks towards each other, PhilaMOCA got a wonderful show.

You could tell when there were points of doubt and anxiety on their faces, but when they were able to get into the groove it was almost like Remember Sports had never left. The songs were energetic and fit right in the current indie rock sphere. “Sentimentality” sounded amazing and their new drummer brought out energy you think you’d see from a seasoned touring artist. Perry’s setlist paired with a little notebook which can be assumed is filled with various notes on his parts, which, you may scoff but it did not hinder his playing. I mean, a good musician is a good musician, so seeing how he played even with notes to refer to is commendable.

Remember Sports played 17 songs, but each one was just long enough to get a taste of the music without having it overstay its welcome. The band created a great sampling platter of their music, which is stylistically similar to artists like Soccer Mommy and Snail Mail who have taken the spirit of Riot Grrrl punk and themes of sad indie rock.

By the time the show let out, both artists had played wonderful sets, and being able to see them together was a treat. If there is any chance to see either of them, get a ticket.