Velvet Rouge debuts with explosive "Save Me" video - WXPN 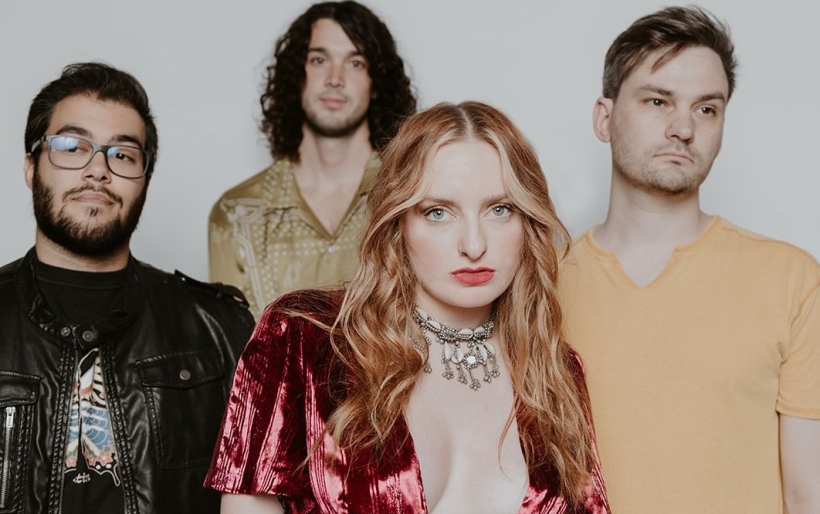 Velvet Rouge debuts with explosive “Save Me” video

The Philly rock band formerly known as Zo has reintroduced themselves with raging riffs and a vintage VHS aesthetic.

Philly’s Gina Zo and her bandmates have taken the next step in their creative journey.

The singer-songwriter, who originally released alternative pop music (and competed in TheVoice) under her name, transitioned in a more gripping, rock-oriented direction with the foundation of Zo The Band a couple years back; “Cry” and “Never Meant” from their Dark Hallways EP have burned up our airwaves on WXPN Local and beyond.

The longer they performed together, the more “The Band” became as important part of their identity as Zo, and they sought out a new moniker to reflect that collective strength. Enter Velvet Rouge, which Gina introduced thusly in an Instagram post last month:

When I came back into the industry in 2020, i saw the need for a change in how women in the music industry were being treated, not only from behind the velvet curtains you see but the moments that you never get to witness within the darkness.

When the band gathered together on a Tuesday night in May, the discussion began about what it really meant to be a rock-n-roll band in Philly. Specifically, what it meant to be spokespeople for young artists who were trying to make it in the industry. Raging against the machine that holds them back, they could only think of one thing – the color red.

In addition to Zo, the band is comprised of guitarist Joe McEnany, drummer Buddy Mazzenga, and bassist Andrew Amado; their debut single “Save Me” was produced by Brian McTear and Amy Morrissey at Miner Street Recordings, and focuses the band’s modern rock leanings into something equal parts brash and soulful, indebted to the smoky blues of Amy Winehouse and Elle King as much as the edgy rock of Arctic Monkeys and Santigold.

Watch below. Velvet Rouge has two concerts coming up in the next couple months: they’ll be at The Queen in Wilmington with Remember Jones on August 26th, and will play the Lounge at World Cafe Live on September 14th with Paul Cherry. Tickets and more information can be found at WXPN’s Concerts and Events page.