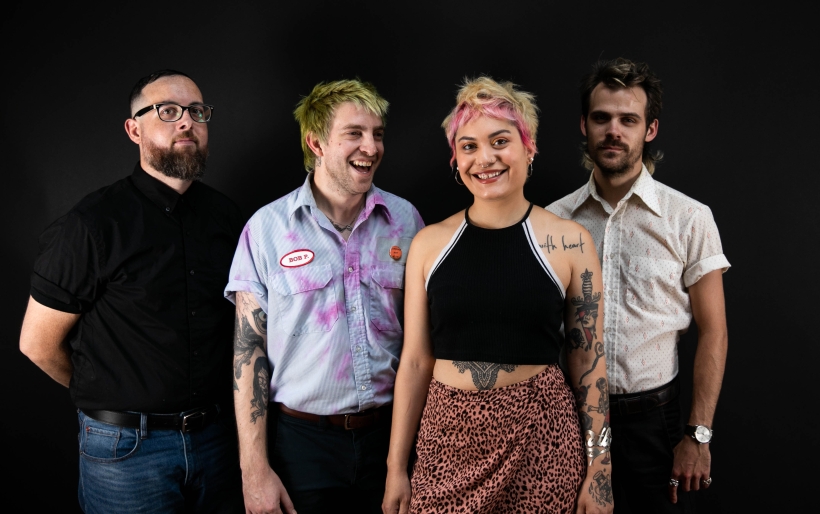 Philly’s resident new-wave ska leaders Catbite are part of a new collaboration with Mike Park (Skanin’ Pickle, Asian Man Records), and the first single from their split EP is streaming now on Bandcamp. The band announced the new record, available for download and on 12” vinyl August 26th, with a hilarious video on Instagram where everyone involved gave their best “WASZZZZZAAAAAAAAP” greeting.

Listen to Catbite’s song “Spiral” now, a high-energy upbeat song sure to get you dancing. And pre-order WAVEBREAKER #2  to receive Mike Park’s two songs and a Catbite cover of Neon Trees’ hit “Everybody Talks” when the album drops two Fridays from now.

Catbite will perform at Wiggins Park on the Camden waterfront September 18th as part of XPoNential Music Festival this year. Tickets and information are available at xpnfest.org.