The five-piece’s latest release focuses on dear moments of friendship between its members.

Thrill of Living is the new album by The Human Fly, an alt folk project run by singer/songwriter Robert Mathis for more than ten years, “powered by friendship” over long distance between Philadelphia and New York City. Released on the local label Dead Definition (Noera, Ther, Sadurn), Thrill of Living captures a modest, endearing, and tightly bound quintet whose enthusiasm peaks when they hit record.

The crew includes Mathis at the front, Jenny Carlson on keyboards and voice, Pru Carmichael (of Noera) on drums, Jack Knetemann on guitar and Alex Tregaskis on bass. While they all contributed parts to past Human Fly records, Mathis assures that this record is their first as a band, not a solo project under his direction. Originally, they had all planned to record beloved new material together in 2020 before the pandemic brought them all new circumstances. In the next year they stayed in touch, eager to reassemble, even as so much life passed: Mathis lost family members, moved his wedding, departed New York, took a cross-country trip, settled in Texas for a month before getting driven out by a blizzard. All along he wrote and re-wrote, (the road trip became “A New Perspective,” the album opener) funneling demos to the group and dissecting them “endlessly,” plowing ahead far past any plans they once had pre-pandemic, like many of us.

In 2021, the band narrowed 30 new tracks down to 10, re-wrote together, Google-Doc’d it all, and booked studio time at last. They recorded these 10 tracks at Headroom Studios with Heather Jones (of Ther), who Mathis calls “one of my dearest friends since we were 17/18,” and engineer Johanna Baumann (of Janna). Their stellar week was a burst, full of vigor, rigor and spontaneity that all made the cut, so the final product plays like a variety show hosted with candor by all your silliest friends. 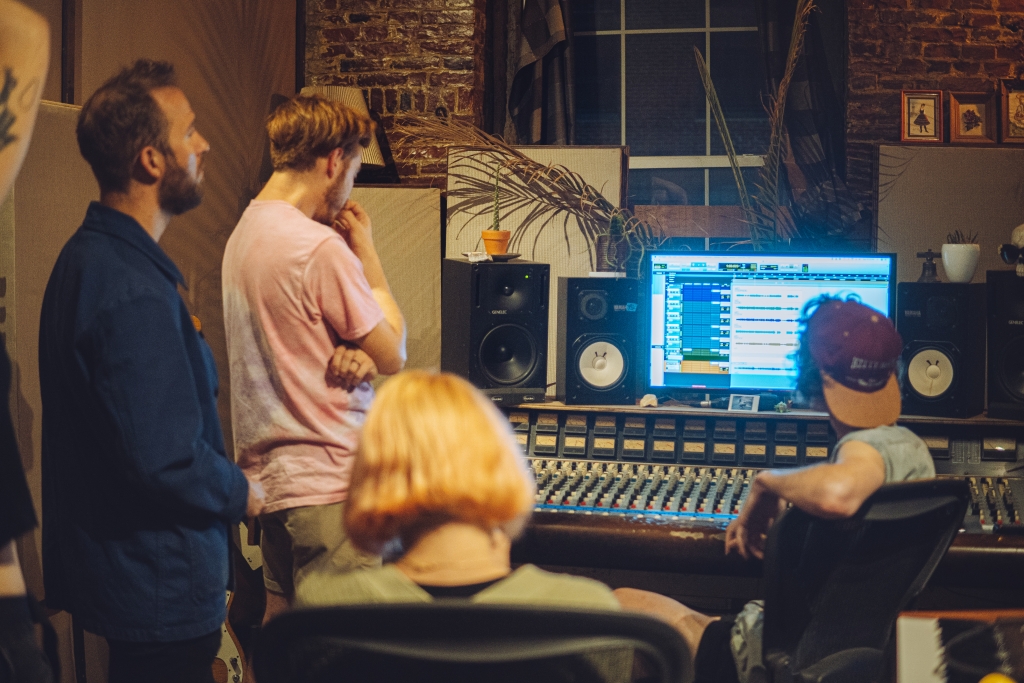 The heroes in these songs live through everything, thrilling and snoring, too. Middle-American malaise (“miles of past-prime places”), expecting children (“freezing her eggs to buy time / but we’ve already picked names”), and the personal implications of interstellar catastrophe (“when a supernova implodes / the dust of a planet is thrown / and it goes wherever it goes / […] it’s why you’ll always be forgiven”). In fact, forgiveness and gratitude live everywhere, as Robert deems “A New Perspective” “a gift” to Jack, “where he had all this space to be himself as a musician and as a person,” and “The Layup” a late apology to a classmate he once bullied while Robert got bullied himself, too. The touching “Cat Brass Knuckles” retells a time Pru forgot her phone at the gas station, and Robert woke at 6 a.m. to retrieve it “so everyone else could sleep.”

Ties run deep from start to finish, but special highs come when the band explodes with joy together, like dropping into “The Layup,” or the gorgeous beginning on “A New Perspective” with layers of glockenspiel and piano mixed crisp and warm, layered tight like turning leaves on an autumn tree. Jangling full-band grooves keep the energy aloft, and make Thrill of Living a decided boost in both scale and confidence compared to earlier Human Fly releases that Robert led alone, like the mellower but equally rewarding Gruesome (2017) and A Bottle of Milk in the Eye (2020). Each band member composed their own parts proudly, and you can hear the embrace of friends in this rich instrumentation. They even invited more folks from outside the band to add more sounds, including their engineer Heather, and Robert’s wife Lucy, whose first-ever cowbell performance caught the veteran players by surprise: “We were all in the booth watching her get it perfectly right and you’d swear someone just won the World Series. We were going NUTS.” 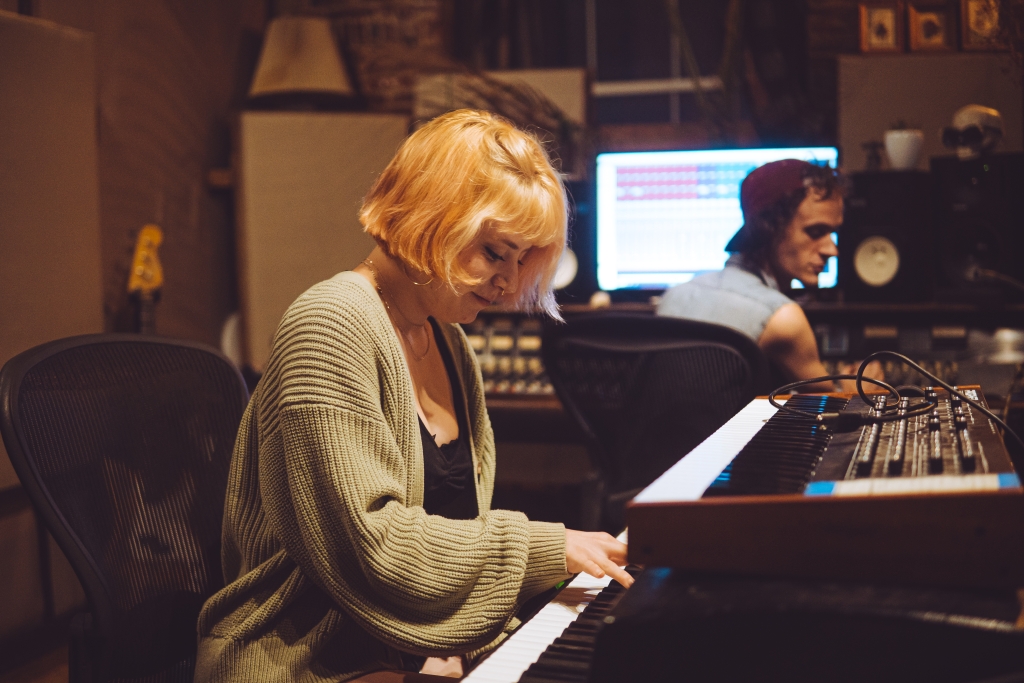 I love listening while imagining the rush of togetherness in each track’s opening moments, the rejoice of the band together in studio at long last, so much time gone but so much left. “Sometimes when I feel low,” Mathis says, “I look back on the photos of us hugging, huddled around dry erase boards breaking down songs, and setting up gear.” From what he gushed to me in only one email, I know Mathis cares more about this band’s time than any other time he spends. Carlson adds that all their seasons apart “[make] the time we can get together even more special,” seasons of disappointment, powerlessness, newness and thrill, all awaiting the chance to be near again.

The Human Fly’sThrill of Living came out August 5th and is available on cassette now from Dead Definition.