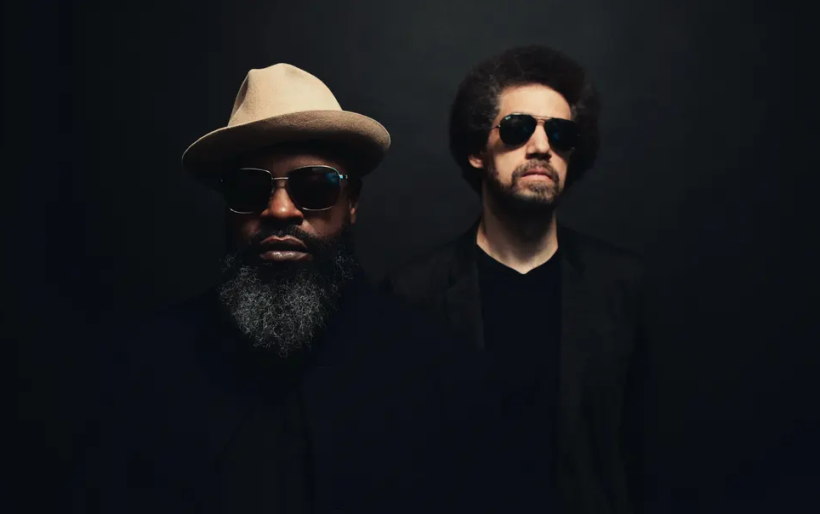 The Roots lead MC Black Thought only seems to be improving with age, like the finest of wines, as we hear on his latest solo outing.

Tariq Trotter, professionally known as Black Thought, will turn 51 in October. Operating in a genre of music, rap has long been thought of as music for youth culture. But as a generation that grew up in hip hop culture is entering their 30s, 40s, and 50s, we are watching as some of the artists growing with them are evolving not only themselves but the limitations of ageism in the culture. Black Thought and his new album Cheat Codes with producer Danger Mouse is tearing down the idea of an older emcee not working.

Thought and Danger Mouse create a noir film feel throughout the amazing Cheat Codes. Scratchy, soulful, sample-based production provides the perfect canvas for Thought’s dense lyrical mastery, to paint timeless portraits worthy of any modern art museum. “Umpteen times, the warning signs went unseen / to me they done something, they tried to clip our wings, but not before I understood how any caged bird sings” Thought spits on the Raekwon and Kid Sister supported “The Darkest Part.” Thought’s ability to bend words at will is incredible, and why he’s so often mentioned with the best to have ever done it.

The craziest part is, Thought only seems to be improving with age, like the finest of wines. He effortlessly kicks “this is something for the shooters, and back and forth commuters, who never knew the difference in the law and jurisprudence / I feel it’s safe to assume it’s to the students is noncongruent, to the way me and DOOM do this” on the MF DOOM assisted “Belize,” where sonically Danger Mouse does his best to make the villain proud. But it may be the Michael Kiwanuka-featured “Aquamarine” that is this album’s magnum opus. Between it opening with what sounds like an orchestra preparing, then into a steadying rhythm with Kiwanuka’s haunting vocals floating across the backdrop, to then have Black Thought flow “from world war 3 to the treaty signed in Geneva, the biology teacher said we used to be amoebas / the neighbor preacher said we emerge from the ether, we converge, from urethras, and struck gold eureka, the morning star Tariq, I was born to be a teacher” proves that Black Thought is a world-class wordsmith.

With amazing production from Danger Mouse, a master class in emceeing from Black Thought, and perfect collaborations with artists like Joey Bada$$, Run the Jewelz, Conway, and more, Cheat Codes is simply put classic material, and on the shortlist for album of the year.