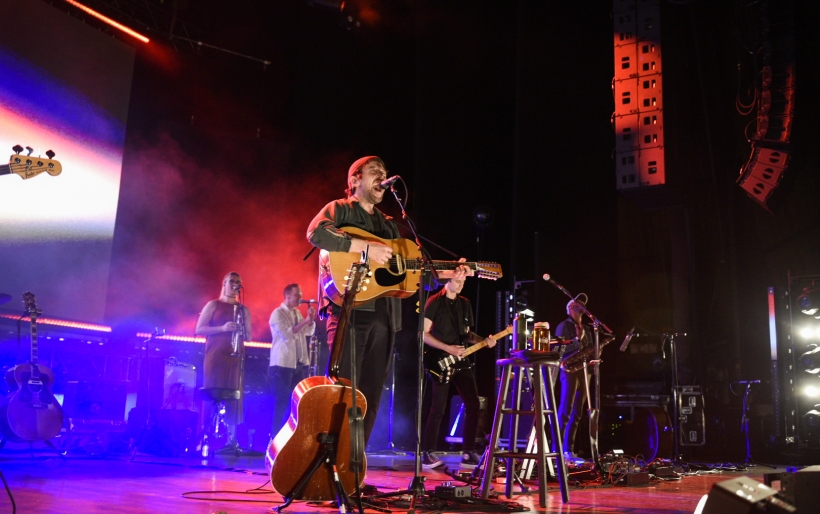 Fleet Foxes came to The Mann on Friday to play for their largest Philadelphia crowd to date.

Modern folk pioneers Fleet Foxes came to The Mann on Friday night for a performance under the TD Pavillion. On tour for their 2020 album Shore, songwriter Robin Pecknold and a vast symphony filled the wide outdoor stage. Philly was the next-to-last stop on their North American tour that saw Fleet Foxes, now in the second decade of their celebrated run, reaching career highs.

Back in 2008, Seattle-based Fleet Foxes was picked up by Sub Pop for their uproarious debut that was attracting attention from blogs and casual fans who discovered them on MySpace. By the release of their self-titled debut, the indie band had achieved nation-wide acclaim for their unique sound that conjured old English pastoral folk and was lushly layered with harmonies and echoey spiritualism.

The band rushed to produce their sophomore record Helplessness Blues (2011) to save their momentum, a change of pace that alienated drummer Josh Tillman (AKA Father John Misty), and pushed the band into hiatus for over five years. 2017 saw Fleet Foxes emerge with Crack-Up and a number of memorable singles like “If You Need To, Keep Time on Me.” But arguably their magnum opus came in 2021, with the 18-song Shore.

Fleet Foxes opened their Mann set with “Wading In Waist-High Water,” the first song and interlude to monumental Shore. Tour mate and brilliant vocalist Uwade on glimmering vocal accompaniment. The next two songs went down the album’s tracklist, with “Sunblind” standing out for its heartfelt tribute to songwriters past like Richard Swift, Elliot Smith, Judee Sill, and David Berman. In his Tiny Desk performance last year, Pecknold introduced the song as “for some friends.” No doubt he carries gratitude for the long roads paved by the named late greats. 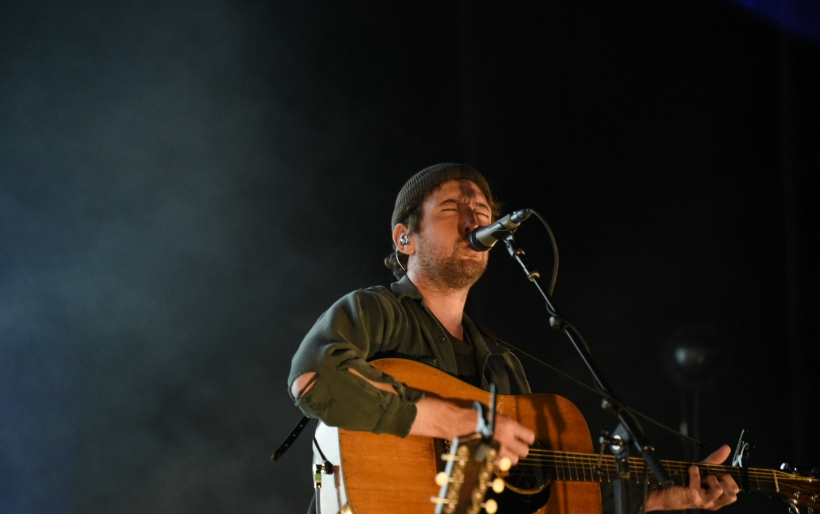 The rest of the setlist featured an even split of songs from Fleet Foxes’ discography, including breakout single “Mykonos” from the band’s early days, which received a standing ovation. Covers “Phoenix” by Justin Vernon and Aaaron Dessner’s Big Red Machine and Judee Sill’s “The Kiss” kept the energy going mid-set. For the encore, Pecknold returned to stage alone, without the many horns and strings that had so appropriately filled out his fully-realized sound. At the core of his heavens-stretching songs however, it’s Robin and his acoustic guitar. And solo arrangements of Helplessness favorites “Montezuma” and “Tiger Mountain Peasant Song” reminded the crowd of that.

A memorable takeaway from Fleet Foxes’ performance at The Mann was Pecknold’s positivity. He performed his songs as gracefully as any fan could imagine, and addressed the crowd and his band mates with expressions of joy and gratitude. “It’s been deeply gratifying to finally get this facet of a life in music feeling super positive and healing, to bring some light to people’s lives for an evening,” he said about the Shore tour in Instagram. “What a life. Much love.”