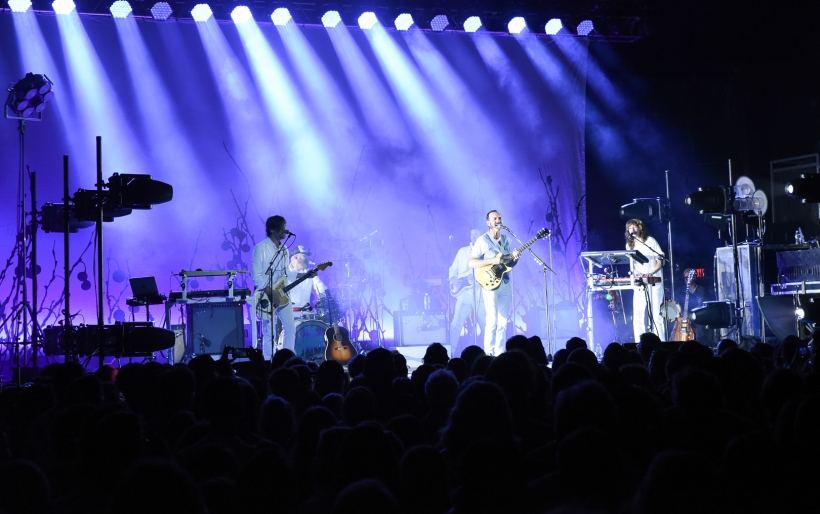 The Shins played ‘Oh, Inverted World’ in full, plus a parade of other hits, at Franklin Music Hall

An impactful release from the millennial indie canon turned 21 this year, and the band’s celebratory tour hit Philly on Friday.

Franklin Music Hall was filled to the brim Friday night. Who was the crowd there to see? It was The Shins, the loveable aughties indie faves who they were there to play Oh, Inverted World from top to bottom.

It was the album’s 21st birthday. So the crowd was eager to celebrate because The Shins (and this album specifically) are one of those bands you get introduced to at a very specific or kismet time in people’s life, for better or for worse. For the millennials in the crowd there is a 99.9% chance it was that Zach Braff film about New Jersey. 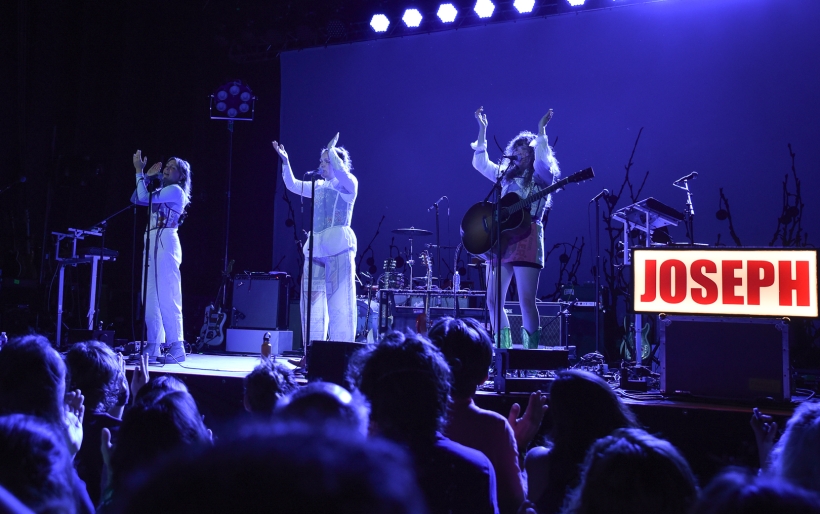 But first, sisters Natalie, Allison and Meegantook the stage. The band, Joseph, explained that their name was in honor of their late grandfather. From the audience you could feel that closeness the sisters shared. This rang especially true in Joseph’s unwavering and beautifully-toned harmonies that carried through each of their songs.

Joseph played “Switch,” a new unreleased song about seeing couples fall in love on TV. Meegan introduced the song and revealed that the British show Love Island, where the focus is more on emotional connection rather than the physical, as the inspiration. “Green Eyes” off their latest release Good Luck, Kid, stood out during the set, due in part to the catch riffy and accenting bass drum pedal played by Natalie.

The trio had a fun cover in store for the Franklin Music Hall crowd, one that had a special place in their Millennial hearts. They chose Britney Spears’ “Toxic” out of what is surely a long list, putting more of a country sway to it. It put a smile on the crowd’s face too. 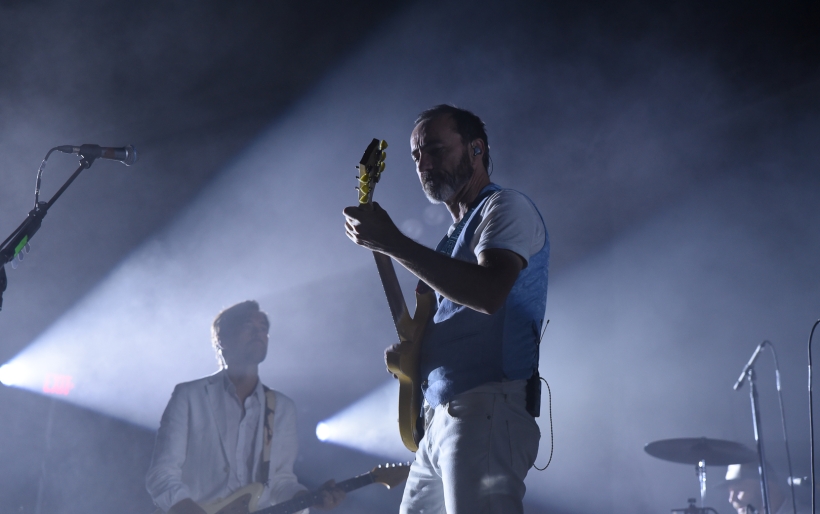 James Mercer was quick to assure the crowd that they would, in fact, be playing every song from Oh, Inverted World as he stood center stage with the band and the cover art for the album backdrop behind him. Several times he’d announce which number track The Shins were on cheekily. After welcoming Joseph back to the stage to do backup vocals a few songs in, Mercer looked at the crowd and announced “song 3” (aka “Weird Divide”) in a Terry Gross-esque tone.

Later on in the set, he also realized that there were a lot of short ones on the album, jokingly he said, “Well I’m glad you like the short ones.” His banter gave the impression that The Shins were experiencing the album for the first time again in some ways.

Based purely on the volume of the singing throughout The Shins’ set Friday night at Franklin Music Hall, the crowd’s Oh, Inverted World favorite was “Caring Is Creepy” but coming close was “Girl Inform Me” and “The Past and Pending,” the last song on the album and one that Mercer referred to as the night cap of the album to the crowd. Joseph also left the stage as well. 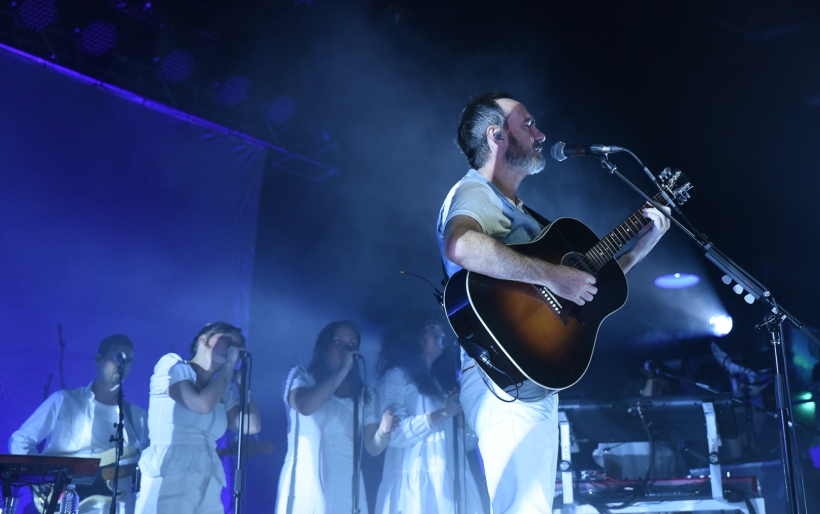 The album as a whole is a “short one,” so The Shins’ went cherry picking crowd favorites from later albums as well. “Australia” and “Sleeping Lessons”off Wincing The Night Away made the cut, seemingly releasing a ball of energy or anticipation that the crowd had been holding onto. “Simple Sound” of Port of Morrow shared similar explosive energy. There were also more somber moments like during “The Fear” off Heartworms.

The Shins seemed to loosen up and goof around after the album was played and the set entered the fruit salad portion. Emanating chaotic good energy Mercer started to sing “Do Ya Think I’m Sexy” by Rod Stewart and the band followed suit. It seemed the band was expecting this random cover, they just didn’t know when.

Just as the condensed cover was dying down, the crowd started singing the words, and the band started to go back into the song and somewhat caught Mercer off guard before going back into the chorus with a big smile on his face.

The Shins ended their set with “Sleeping Lessons,” which had “American Girl’ by Tom Petty sewn into it. As the song faded the applause and cheering from the Franklin Music Hall crowd intensified, The Shins joined each other in the middle of the stage, raised their cups to the crowd, had a sip and took a bow. And with that, the 21st birthday party Friday night came to a close.