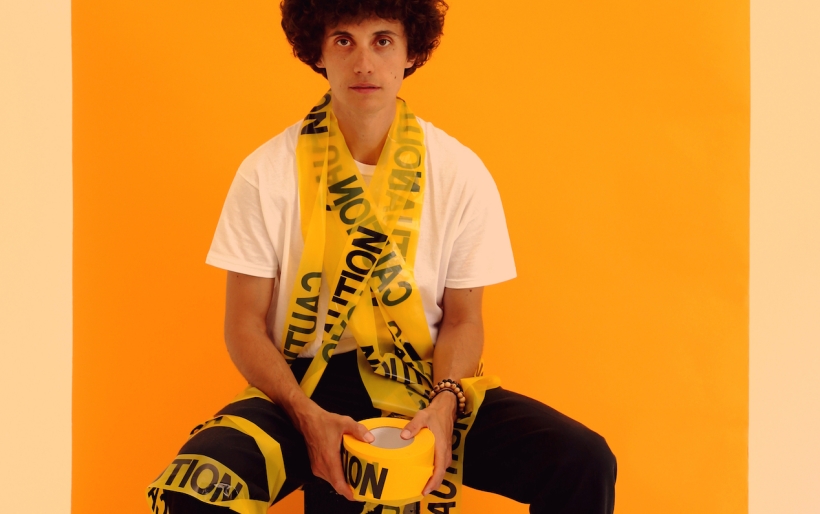 With three LPs and an EP under his belt, Ron Gallo’s new single is an introduction to a new record that “shows Ron at his most outspoken and frenetic.” Originally a member of the roots / Americana collective Toy Soldiers, Gallo the solo artist draws inspiration from The Stooges, Harry Nilsson, Andy Kaufman, Father John Misty, and beyond. Gallo moved to Nashville with his acclaimed debut solo album that landed him a record deal, opening gigs on tours, and a handful of festival slots that opened countless doors. Now, “50 lifetimes and too much time to think later,” he’s come full circle, living back in Philadelphia.

Confronting society’s tolerance of the male superiority complex, “ENTITLED MAN” channels his anger and sharp wit into driving beats, sharp guitars, and a gripping melody. This is his first single since signing to famed indie label, Kill Rock Stars, teasing much more to come!

Gallo shares, “I wrote this song after hearing female friends talk about their experiences with men. Infuriating, creepy, weird shit they deal with on a regular basis. I tried to get into the psyche of why certain guys are like this because women should not have to, it is not their problem to fix or address. Entitled male thought continues to be at the forefront of regression socially and politically and I just think it’s to everyone’s benefit for men to evolve.”

Gallo is set to perform at World Cafe Live on October 12, 2022 – part of the Philly Music Fest, with Low Cut Connie, Lady HD, and more! More info can be found on the WXPN Concert Calendar.