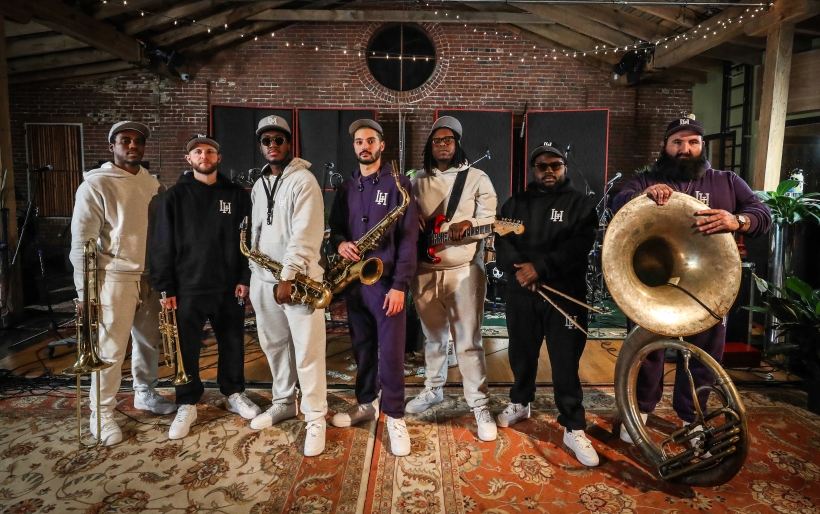 Hear this and more from Snacktime’s debut LP Songs from the Street: Live at XPoNential Music Festival this Saturday.

Philadelphia’s favorite brass band Snacktime has a new music video out now. “TIPBUCKET LUVR” is a fantasy – based on a true story – about pursuing a fan who left her phone number in the band’s tip bucket. The video is a mashup of the band playing to a live audience at Rittenhouse Soundworks, and an animated sketch of the narrative set in Rittenhouse Square.

“It was an interesting time that I think could’ve only happened because people were so deprived from normal interactions,” says Snacktime about the story behind “TIPBUCKET LUVR.” The event occurred in the early days of the pandemic, when Snacktime performances were limited to the streets. “With everyone quarantining and being so cut off from the world, a sweaty brass band was somehow extremely sexy to them.”

“TIPBUCKET LUVR” shows off Snacktime’s softer, romantic side, and takes us (not so far) back in time to when social interaction was scarce, but precious. Watch the full video below, and join us at XPoNential Festival this Saturday to see Snacktime perform live at Freedom Mortgage Pavilion. Tickets are available at xpnfest.org.