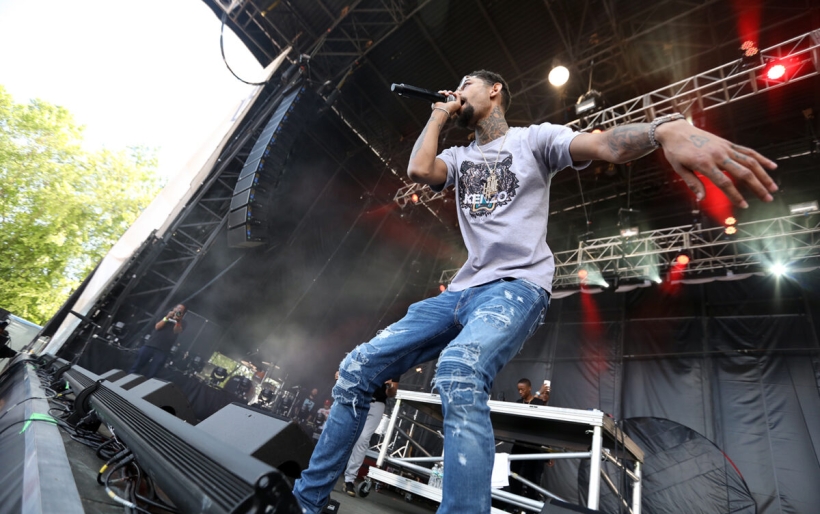 The Germantown-rooted rapper was fatally shot during a robbery in Los Angeles yesterday.

Tragic news from the west coast this week: Philadelphia-born hip-hop artist PnB Rock, known for his dreamlike party anthems and laid-back charisma, has passed away after being shot during a robbery at a popular Los Angeles lunch spot. He was 30 years old.

Rising to prominence in the 20-teens and earning immense popularity on the festival circuit, the rapper — born Rakim Allen and raised uptown in the city’s Germantown section — had been spending much of his time in California in recent years, but he always had Philly with him: the PnB in his name is a reference to the corner of Pastorious and Baynton streets in the neighborhood where he grew up.

Rock made his name in the underground beginning in 2014 through a series of self-released mixtapes and collabs with peers like Chance the Rapper and Fetty Wap; his 2017 Atlantic Records debut GTTM: Goin’ Through The Motions was where he took his craft to the next level, and that summer he played a main stage set at the annual Roots Picnic in Philly. His album Catch These Vibes followed in November, followed two years later by TrapStar Turnt PopStar, an album whose title is neatly indicative of his journey.

For all his much-loved and much-streamed studio output — including favorites like “Selfish,” “Middle Child,” “Coupe” and more — Rock’s most formidable impact was at the mic and on the stage, where he cut a unique figure that was at once chill and commanding. It’s a type of energy that fits his sound, which is warm and melodic in the vein of Drake most inviting moments — he cites 2011’s Take Care as an influence and inspiration on his own work — but is just as apt to be flowy and precise in the spirit of Philly peers like Meek Mill and Kur.

Rock is survived by his partner Stephanie Sibounheuang and two daughters.