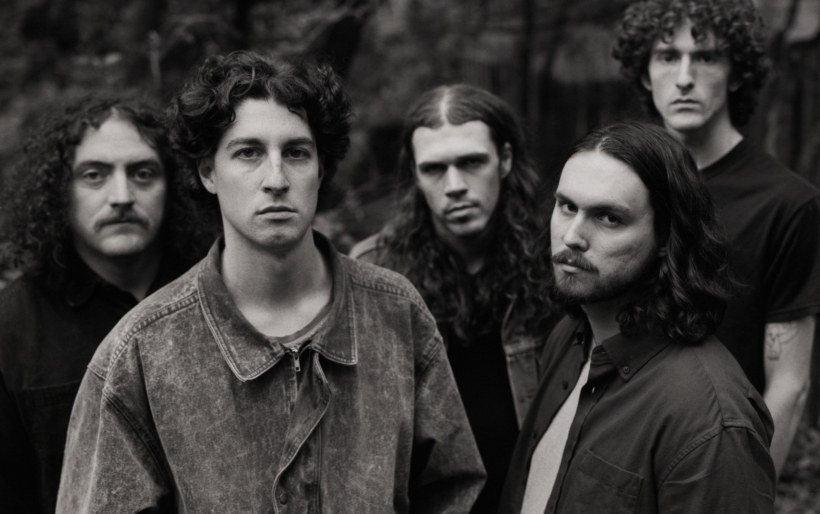 “Ryan Song” is the final single leading up to the release of Animal Drowning via Topshelf Records.

Knifeplay’s final single ahead of their new album is out today. “Ryan Song” follows the bleak but beautiful tone of their previously released singles, and promises a record that reveals beauty in unlikely places, like stillness and apathy or worse, extravagant collapse and decay.

Ben Turok directed “Ryan Song”’s harrowing black and white music video full of Lynchian imagery like exhausting smoke stacks and bare tree branches. The muddy and grainy footage with deep, dark shadows adds to the poetry of the lyrics themselves, which again, comment on the cultural emptiness of American suburbia. Knifeplay seems to be gearing up to make their own version of Arcade Fire’s TheSuburbs, only there will be no need to separate the art from the artist when talking about Knifeplay’s music.

Animal Drowning, Knifeplay’s first LP via Topshelf Records, is available on October 19th. The band plays their record release show with support from Elvis Depressedly and Yung Sham on October 27th at Ukie Club. Head to the WXPN Concerts and Events page for more info.