Pavement jams with Kurt Vile, rocks the hits, and digs for deep cuts at The Met - WXPN 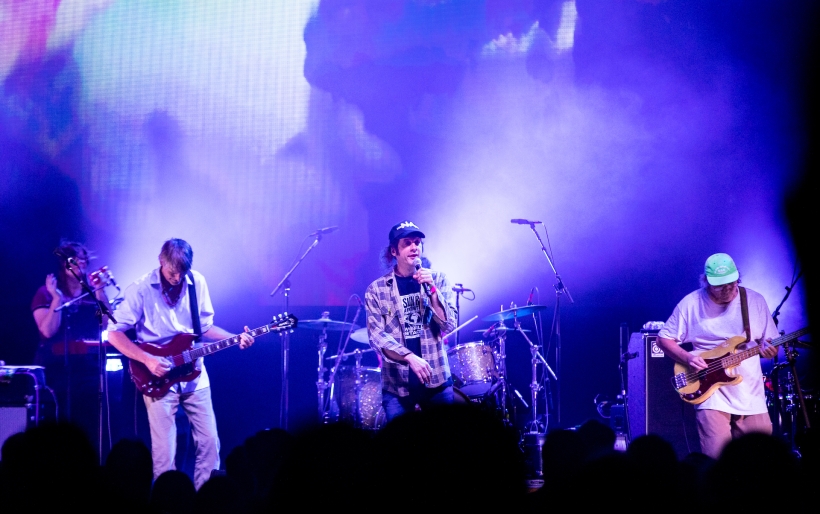 Pavement jams with Kurt Vile, rocks the hits, and digs for deep cuts at The Met

Midway through the encore of Pavement‘s sold out concert at The Met Philly last night, singer-guitarist Stephen Malkmus started haphazardly naming Philly music things of a certain vintage. “Siltbreeze. Tom Lax. Philadelphia Record Exchange,” he ran down the list. Maybe it was his elder statesman way of grasping for scene points from the local indie intelligentsia; maybe he felt mildly self-conscious about using precious banter time earlier recalling his teenage daughter’s “Philadelphia, like the cream cheese” take on the day’s tour stop.

Or maybe neither of those things matter; this show was a love fest, with a crowd full of committed back-in-the-day devotees as well as Gen-Z and millennial listeners seeing Pavement for the first time. Malkmus didn’t need scene points, nor did he need to apologize. Maybe – probably – he’s just generally knowledgeable of and affectionate towards Philadelphia and its music community, and he and the band let it show in all kinds of ways last night.

A big one was the adventurous, freewheeling set that boasted Pavement’s big singalongable hits — “Summer Babe” and “Stereo” landing at slots two and three had the crowd in a tizzy — showcased in equal measure as the band’s tucked-away album tracks — the languid, stoner-y vibes of “Black Out” breezed into “Embassy Row,” where percussionist / vocalist / hype person Bob Nostanovich (the Bez of this group, if you will) paced the stage with a wireless mic, working the crowd like this was a hardcore show. 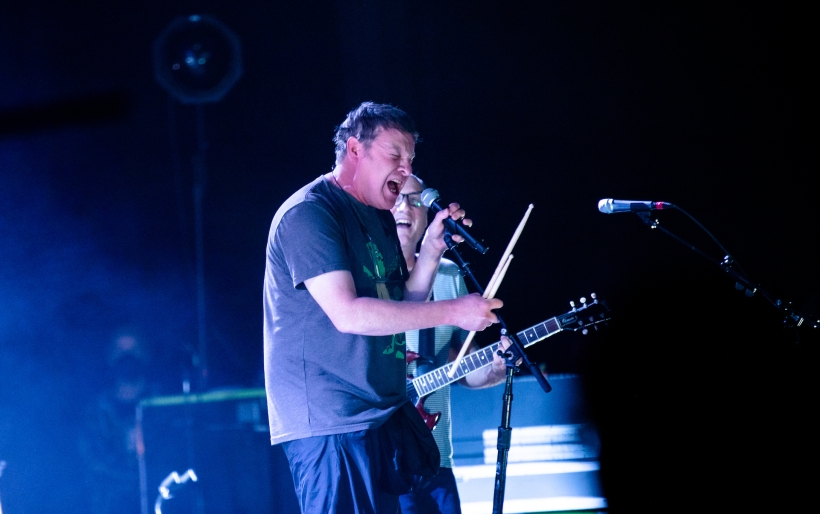 Rounding out the lineup were founding members Scott “Spiral Stairs” Kannberg on guitar and vocals and Mark Ibold on bass, with longtime drummer Steve West keeping it chill behind the kit and touring keyboardist Rebecca Cole of Wild Flag adding lush flourishes, atmospheric textures, and vibrant energy, notably when she jumped to the front to sing along on the Slanted And Enchanted single “Trigger Cut.”

Another song from that album got the local celebrity treatment, when Malkmus brought out “the mayor of Philadelphia” to sing lead on “Zurich Is Stained.” It was Pavement’s onetime labelmate Kurt Vile, who sounded great and seemed stoked to be there, but in his typical KV way was low-key and aloof about it all, to the point where a couple folks in the row behind me spent a good minute of the two-minute bop debating whether it was Kurt Vile or Alex G up there. For those who did realize what was going on, it was a special moment, a secret shared with a few thousand strangers.

The tubthumping rocker “Two States” brought Nostanovich back into the spotlight for another bracing turn at the mic, while an expansive “Type Slowly” from Brighten The Corners spanned a downbeat fuzzy beginning — truly you can hear Pavement’s DNA in so many bands that emerged from the Philly basement scene circa 2014 — into a raga-ed out middle and a space jam finale that had Malkmus standing and shredding i . “Harness Your Hopes” into “Spit On A Stranger” into “Unfair” was another massive run of classics.

Towards the end of the main set, Spiral Stairs began to take the spotlight, singing lead on the country-dipped power pop of “Painted Soldiers” and then guiding the band into the perfectly complimentary “Range Life,” another one that had The Met raising their voices high. (A side note on Pavement singalongs, and how they’re kind of funny: this isn’t exactly a “join in, word-for-word crowd,” which makes sense since the band is often lyrically wordy, but more one that gravitates towards specific bars like “If my walkman fades, I got absolutely no one / no one but myself to blame” or “I don’t understand what they mean / And I could really give a fuck,” which are hollered at the top of everyone’s lungs.) Kannberg was also featured on “Kennel District,” which elsewhere in the multiverse is a Killers-level rock anthem. 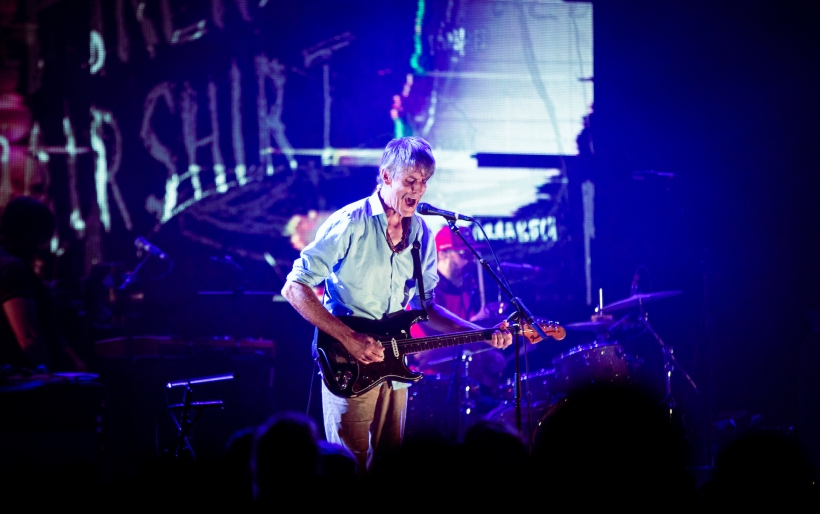 Amid it all, Pavement’s Philly affection showed through in various ways. “We hear The Trocadero is coming back!” said Bob Nostanovich of the beloved and shuttered Chinatown venue where the band played many formative gigs, sending a large swatch of the audience scrambling to break our their smart phones and fact-check this claim on Google and Reddit. “What a delightful piece of town news. We love The Troc.” (It remains unclear and unlikely if there is any accuracy to this — but if true, what a wild way for the news to break, right?)

Later, in the rippling tide of “Perfume-V,” Spiral Stairs asked “Wasn’t there a band from Philly called The Swirlies? The Lilys?” (“LILYS” affirmed many loud voices in the audience.) “That song always reminded me of them,” he continued. And introducing “Box Elder,” Malkmus said “This is one we used to do at The Khyber Pass.”

Truly this is a band whose history in the 215 runs deep, from various visits during their original decade-long five-album run in the 90s, to their side and solo pursuits in the 21st century, and their more recent reunion era. Last night’s show was another chapter in that story, down to the glorious closing performance of “Stop Breathin” and Malkmus’ cheeky but earnest compliments about the atmosphere at The Met. “It’s a good-sounding room,” he said. “I’ve played from toilets to the palace of Versailles, so I should know.”